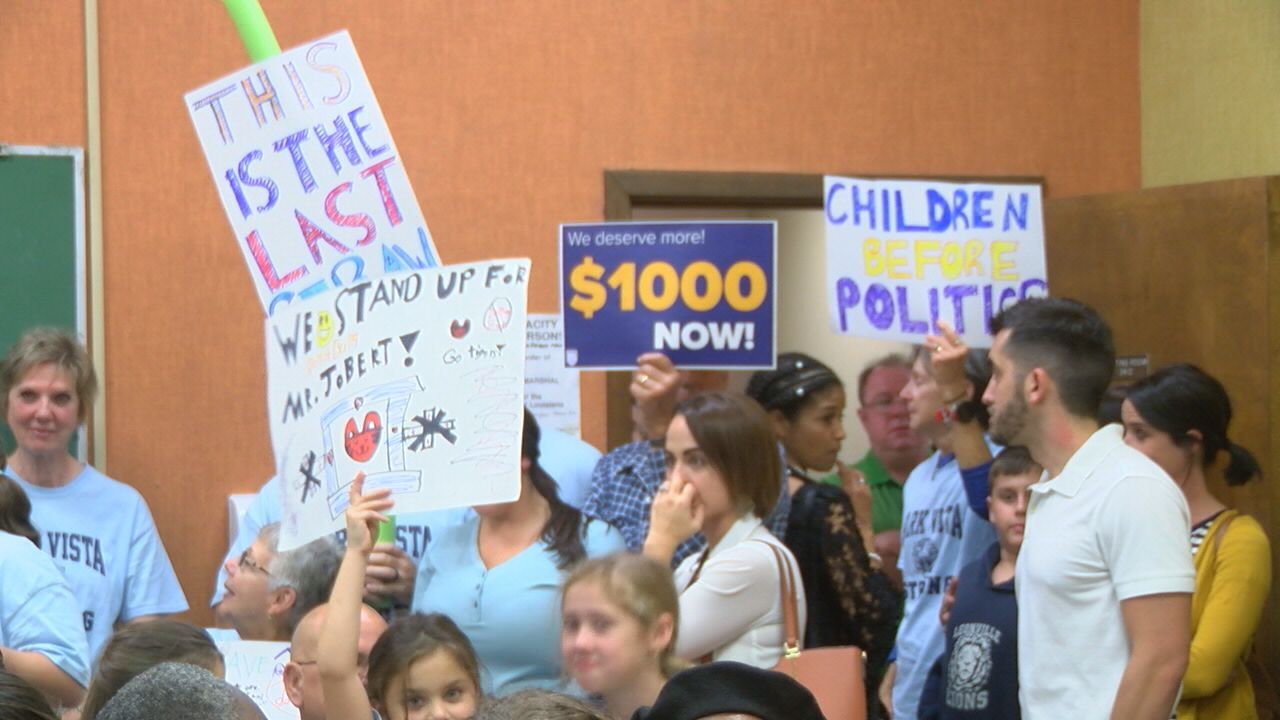 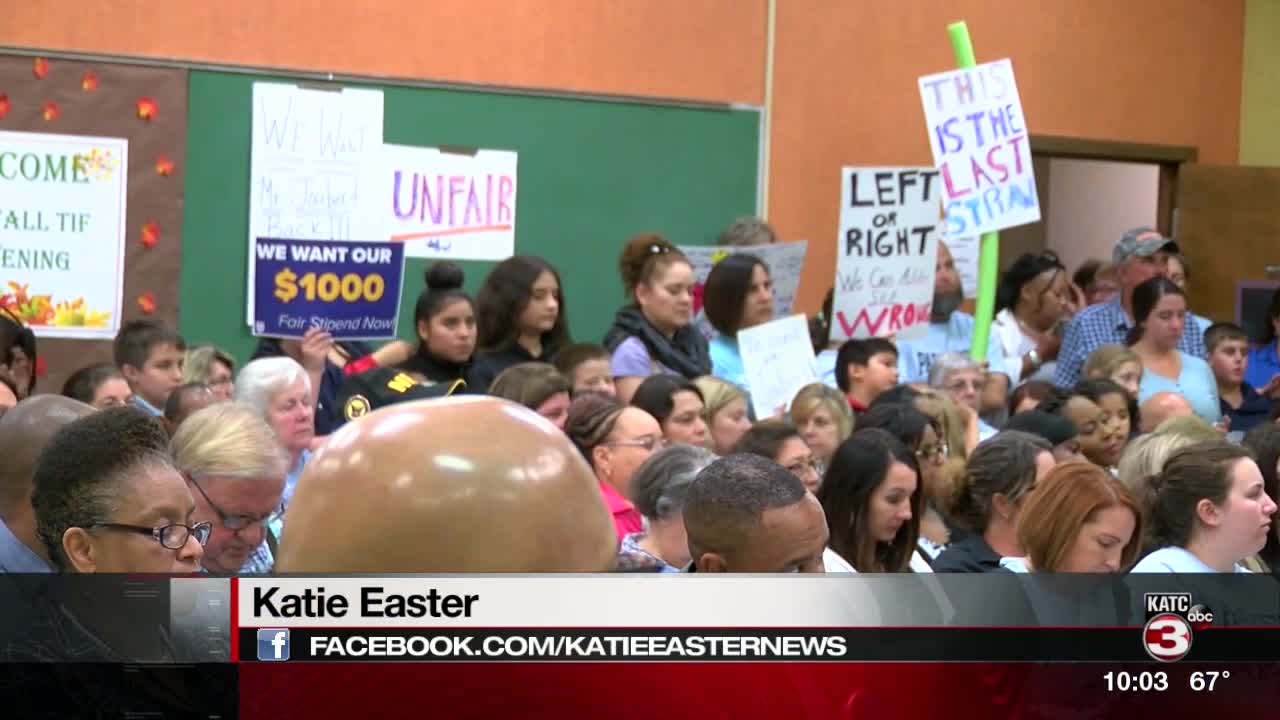 OPELOUSAS — Park Vista Elementary School Principal Ulysse Joubert remains on paid leave nearly two months after a student was found wandering by himself near the school.

Now, some parents and teachers say enough is enough and they want him back on the job. They took their concerns directly to the school board. Tonight's school board meeting was packed with people holding signs and wearing blue t-shirts in support of Principal Ulysses Joubert. Joubert himself took part in the protest.

"There's a school that needs its leadership restored and that's what we're trying to accomplish here," Derrick Comeaux said.

As a supporter, Comeaux worries the school board may be handling the case illegally.

Superintendent Patrick Jenkins says the case is still under investigation and until that's complete, Joubert will remain on paid leave.

"A due process is a very difficult, complicated component of the school, but every employee, including Mr. Joubert, deserves a due process, so that is what we are doing at this time," Jenkins said.

Joubert did not wish to appear on camera, but said he is ready to return to work at Park Vista.