Signs of drought creep into Acadiana, but showers may be on the way 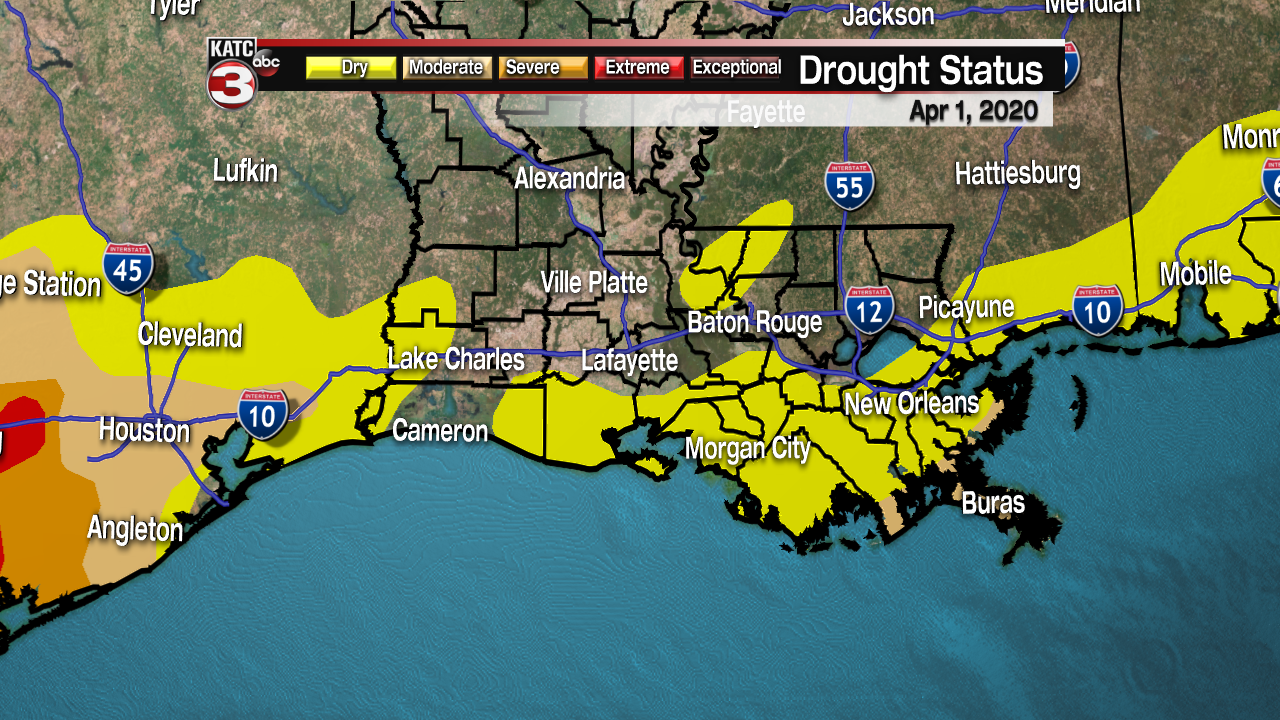 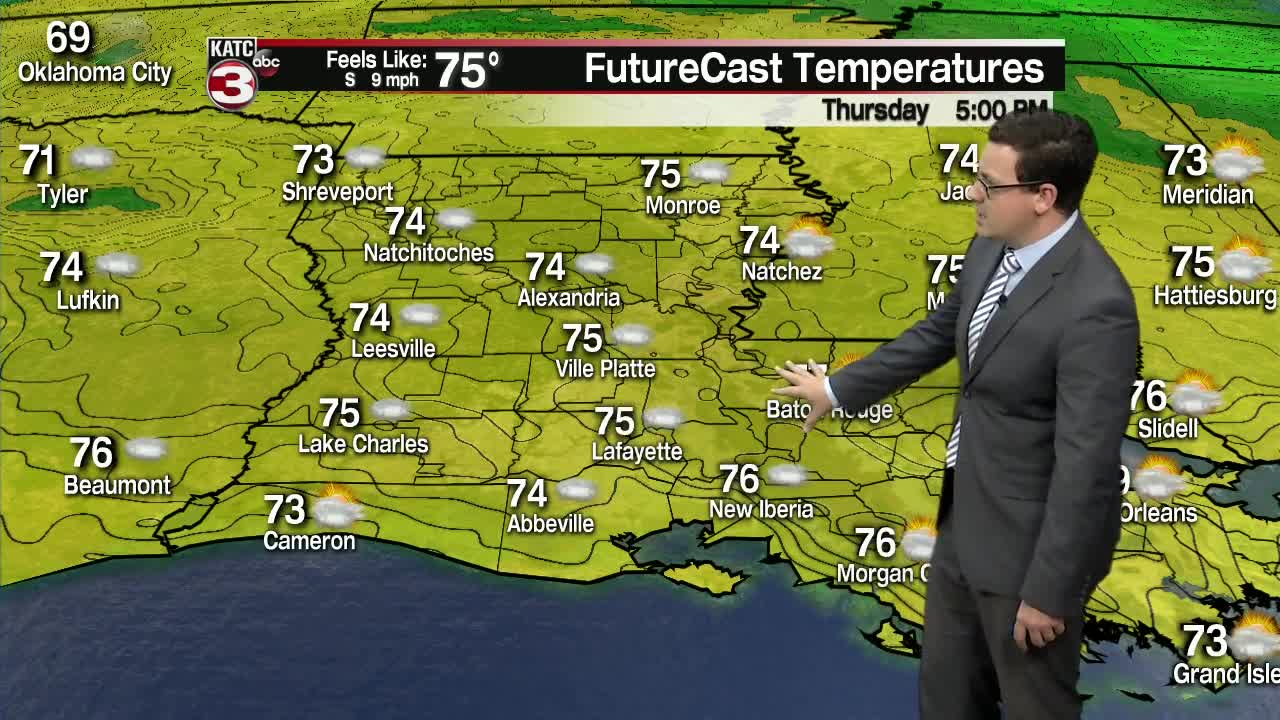 We finally made it to April, I think it's safe to say that we can all bid good riddance to the month of March (which ended up being our second warmest March on record).

While everything may seem anxious and stressful at leas the weather has largely cooperated here in Acadiana, and we were treated to a stunning day on Wednesday.

A round of cooler air has been able to trickle into the region and lows on Wednesday are again set to drop down into the mid 50s (a rarity this year but that's about what our normal lows are this time of year).

The afternoon on Thursday will be much warmer, however, with the highs bouncing back into the upper 70s and we'll be in the 80s again by the end of the work week.

Our drastic turn around in temperatures will be driven by the winds which will be coming in out of the south and bringing along some moisture.

Acadiana's forecast gets a little more interesting headed into the weekend with a weak disturbance expected to ride along the top part of the ridge would spark some showers on Saturday.

These small disturbances though can be tricky to say the least, and right now models are completely split with the GFS bringing the wetter weather to Acadiana on Saturday and the EURO keeping it offshore.

The EURO has been consistent now for the last few days after initially painting a wetter picture, this tends to leave me thinking eventually the GFS will steer in the direction as well but only time will tell.

Confusing matters is our short term model which is coming in on the side of the GFS and producing a wetter Saturday, although this one can vary wildly sometimes as well and wasn't as wet earlier this week.

This is basically a long way of saying stay tuned. Regardless of the rain it looks like we'll have plenty of clouds on Saturday and some of us likely will see some rain the biggest question is just how many of us catch the showers.