Will delay season start, too 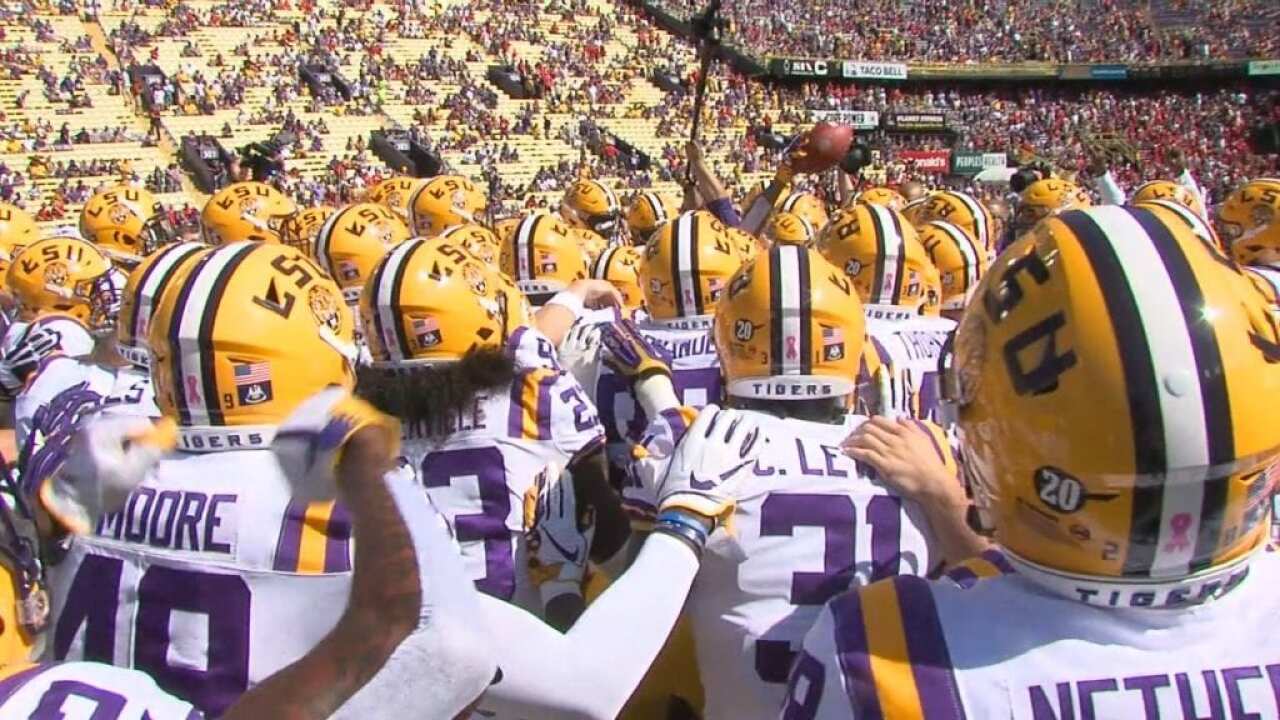 The Southeastern Conference is the latest to move to conference only play, passing a proposal to play a 10-game schedule Thursday.

The league will also seek to delay its first week until September 26.

The conference generally plays an 8-game schedule each year, and will have to add two games. Sports Illustrated's Ross Dellenger reported that if the conference used its rotational formula to expand the season, LSU would play Kentucky and Tennessee, but has since said that is not the approach the league will take.

I was spitballing about the two additional SEC games in 2020.

I'm now told that a separate scheduling model - composed by the league office using strength of schedule - will determine the two additional opponents for 2020. https://t.co/hFWO0Caljp

“Today is an exciting day for all of us who love college football in the SEC," LSU athletics director Scott Woodward. "The toughest conference in college football is going to battle it out in historic fashion. Tiger Stadium and our National Championship Football team will play host to five SEC opponents in a 10-game, all-SEC regular-season schedule."

The SEC will push back its conference championship game from December 5 to December 19. There will be a mid-season bye for all teams spread over a three-week period, and a conference-wide open date on December 12. The September 26th start is four weeks late. The postponement allows schools to judge the effects, from on-campus students to local coronavirus cases.

“Our top priority remains the safety and well-being of our student-athletes," Woodward added. "We, as SEC member institutions, are continuing to engage in deliberate and informed discussions on planning for the safety of student-athletes, coaches and staff. We will continue to follow the guidance of medical professionals in our decision making, including the SEC’s Return to Activity and Medical Guidance Task Force. Together, and with the direction of state public health officials, we are focused on a safe return to competition.”

According to Dellenger, In 2017 the SEC paid schools $45 million in guarantees. How the SEC will get out of those contracted non-conference games this fall is unclear, though Dellenger said a "scheduling format" provision may offer a free pass.

Important: With SEC going conference-only, some schools may find it easier to get out of “buy game” contracts.

In some SEC contracts, a change from the conference in "scheduling format" could provide an out.

"The Department of Athletics is aware of the Southeastern Conference's decision to play a conference-only schedule, which impacts the football program's Nov. 21 game at Missouri. At this time, we have no comment related to the decision," he said.

This is the only non-conference game to be canceled on the Cajuns so far.