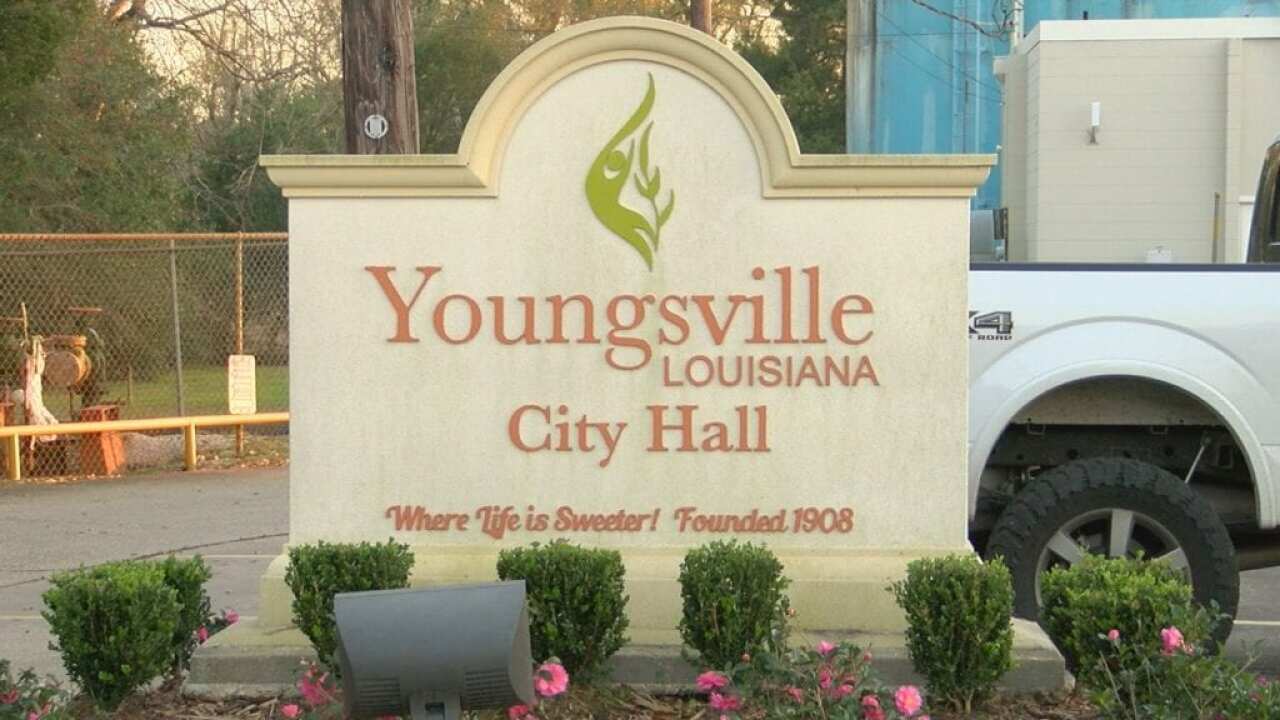 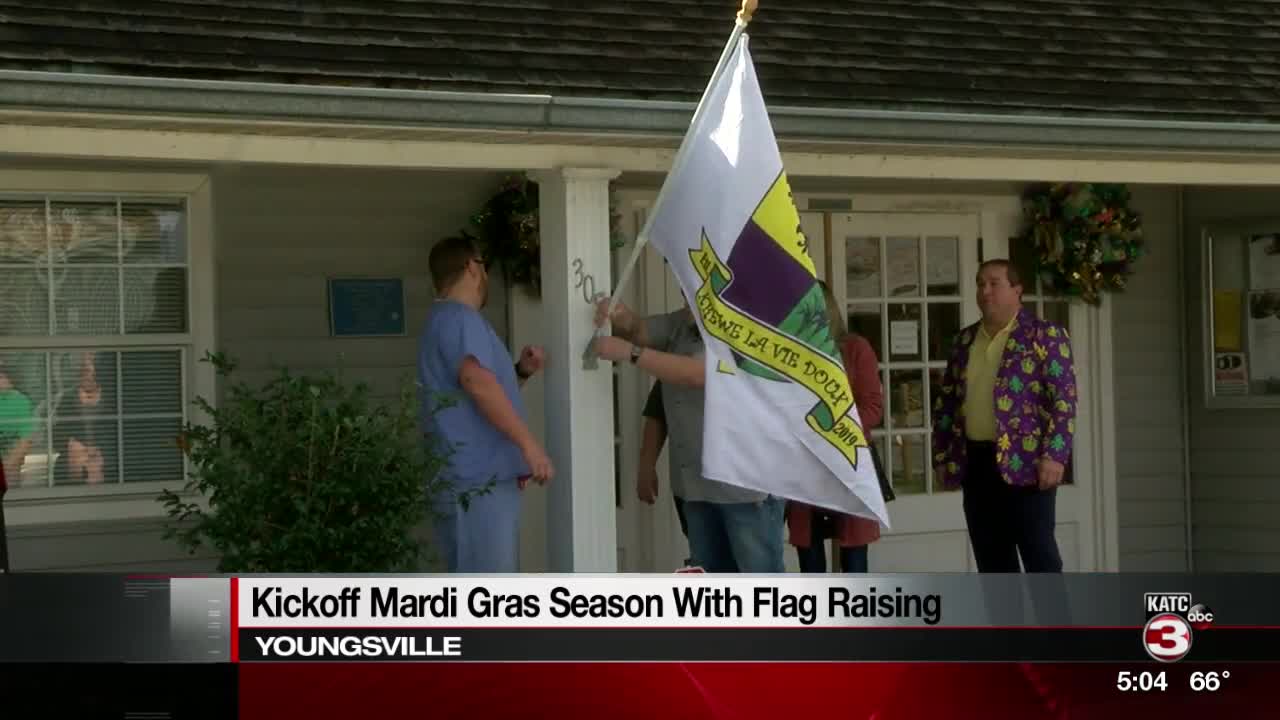 On Monday, the City of Youngsville's officials started their Mardi Gras season with the raising of two Krewe flags at city hall.

City officials say the event also signifies the first day Mardi Gras permits will be issued for participation in the Youngsville Mardi Gras Parade to be held Saturday, February 22, 2020.

"I am pleased to announce that our newly elected Lafayette Parish Mayor President Josh Guillory and his wife Jamie will lead this year's parade as Grand Marshal," Mayor Ken Ritter said. The Parade will take the same route this year, starting at the Youngsville Sports Complex on Savoy Road and ending at the Sports Complex.

This year's parade will also coincide with Mardi Gras Mambo 2020. Mardi Gras Mambo is an NCAA Division 1 women's softball tournament held at the Youngsville Sports complex February 21st-February 23rd. The Mardi Gras Mambo will feature 13 teams from around the country and over 400 players. Seven participating teams are scheduled to ride in the parade.