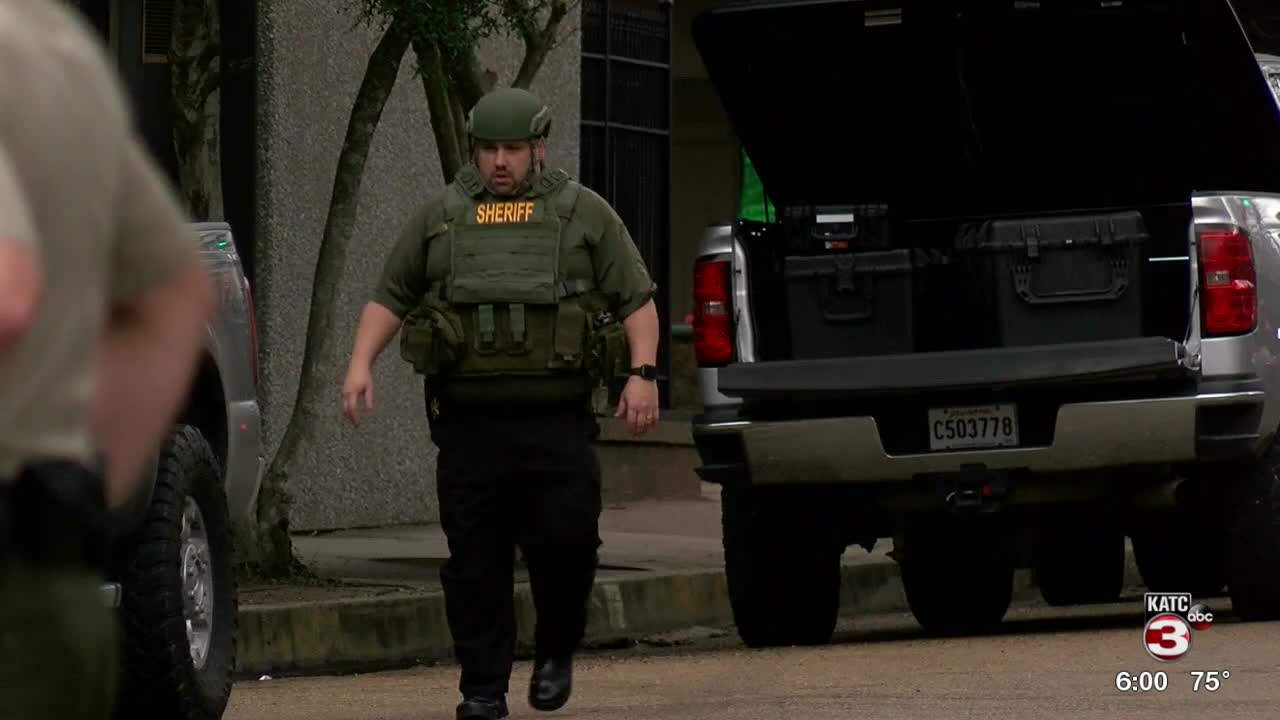 LAFAYETTE LOCKED DOWN AFTER MAN SEEN WITH GUN 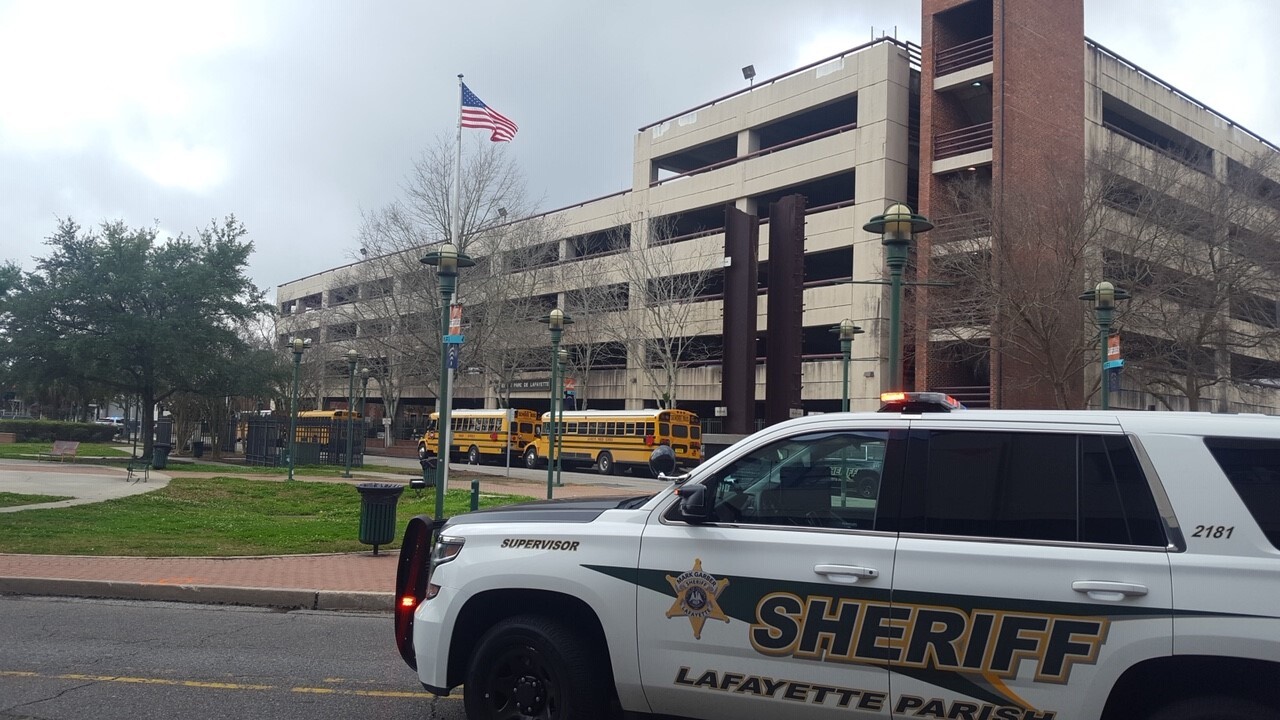 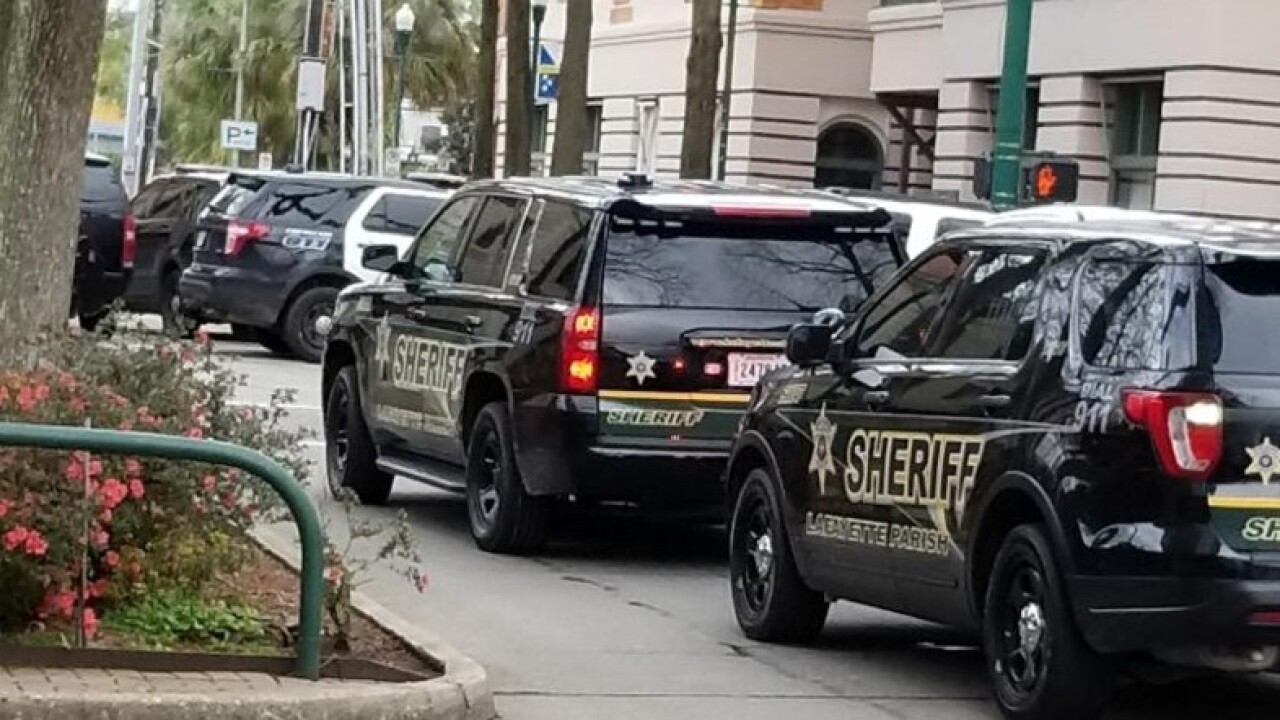 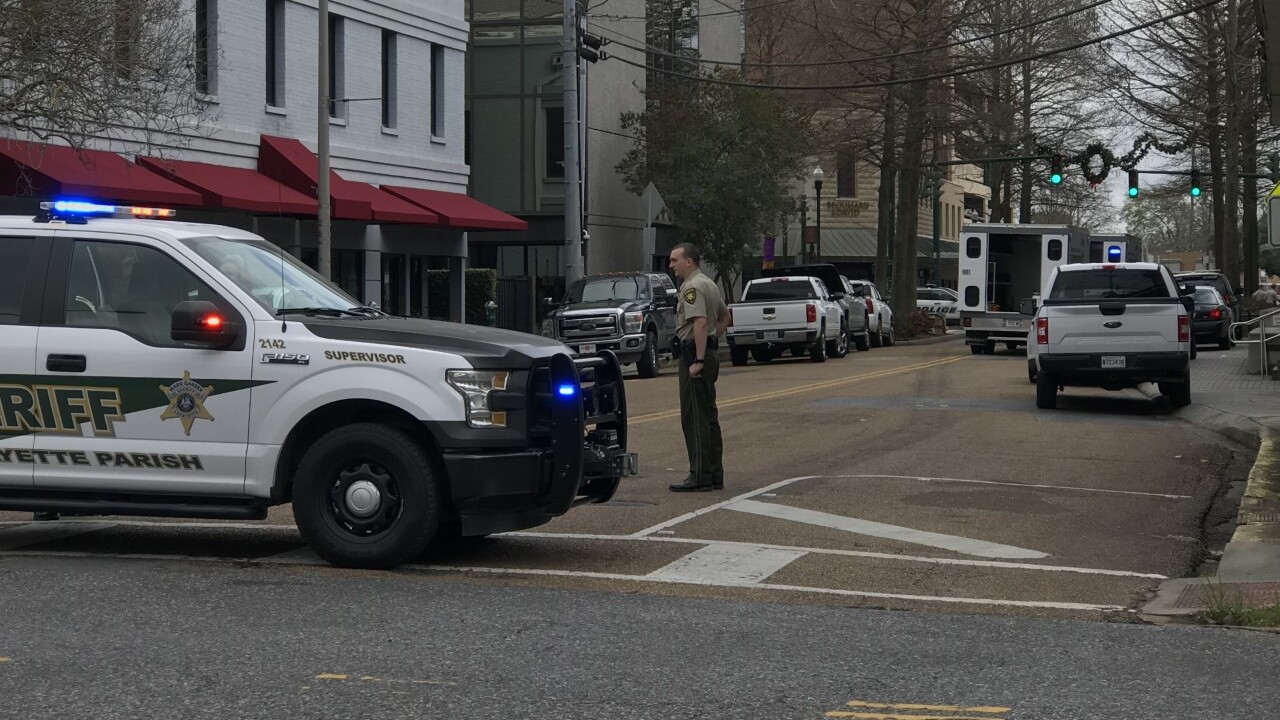 An area of Downtown Lafayette is now clear following a report of a suspicious person near the Children's Museum this morning.

A large police presence was reported in downtown Lafayette on Wednesday morning.

Watch the update from the police department:

Law enforcement sources say that Lafayette PD and LPSO were responding to reports of a suspicious person near the Children's Museum downtown. That area was checked and now cleared.

Lafayette Police spokeswoman, Cpl. Bridgette Dugas says that the call came in at around 10:07 am. Officials say the caller was concerned after witnessing an individual walking inside the Vermilion Street parking tower with a shotgun.

Another witness, John Harrington, was in the downtown parking garage when he says he saw a man with a shotgun.

When police arrived, Dugas says the individual was no longer around.

The driver of the vehicle was able to be identified from surveillance video and police say that the individual reached out to police after seeing reports of an armed person downtown on social media.

Police say they were in the process of reaching out to the man when he contacted them. Dugas says that because Louisiana is an open carry state, the man had committed no crimes.

"He did not commit a crime," said Dugas. "He was just transporting a firearm and just did not have anything to put the firearm in."

A two block area of downtown near the scene was on lockdown. A field trip that was ongoing at the children's museum at the time of the incident.

LPSS says that students from two schools were at the museum when the downtown area went on lockdown.

Students from Prairie and Edgar Martin Elementary were participating in a good grades field trip, according to the school system.

Deputies were inside the museum with the children while the scene outside was cleared.

Even though Louisiana is an open carry state, the department does ask that those who transport firearms or open carry secure them in a case to reduce the potential for public alarm.

"If you're going to be transporting a weapon, especially something the size of a shotgun or an AR or something of that nature, we ask that you do secure it in its case or something that you can put it in to where it doesn't alarm the public. Just to avoid situations like this."