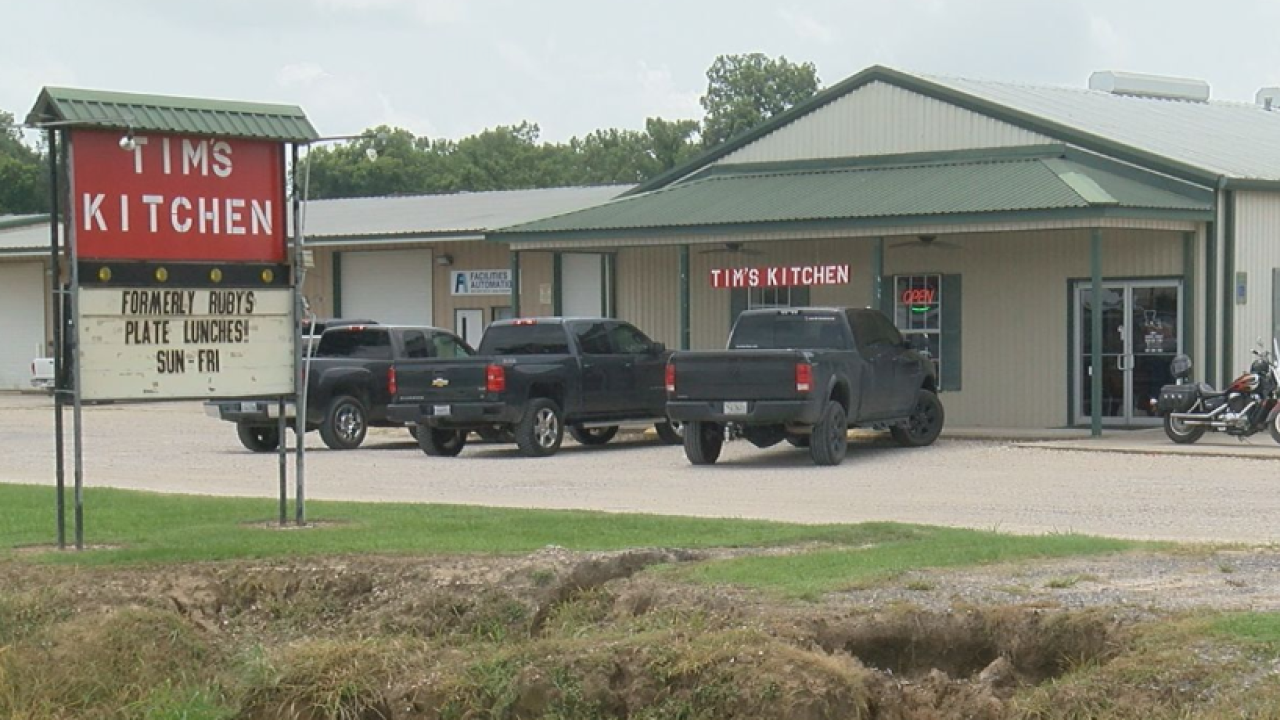 The owner of Tim's Kitchen, who some might remember as the former Chef and co-owner of Ruby's restaurant, says he's been blessed during the pandemic despite the challenges.

Many restaurants have had to close - some permanently - but he's been able to stay open and keep his employees. He said initially he only had curbside and take-out, but since has opened up his restaurant for Phases I and II. Even today, though, most of his business is take-out.

And that means you can still get chicken and sausage gumbo and baked chicken every day - along with some of the best rice and gravy around, just like at Ruby's. Sharlow said the restaurant makes meatball stew, stuffed turkey wings, shrimp stew, crawfish etouffee and red beans, dishes he grew up with.

Sharlow says he's riding "on the coat tails" of his mother, Ruby, and his father, Jack, who started their restaurant years ago. The children who knew them from their years working at Fatima, had grown up and made Ruby's iconic in Lafayette, he said.

"We cooked in the restaurant what we grew up on," he said. "Rice and gravy. We do a montage of so many things we grew up with, what the old people cooked years and years ago."

Just like in many Acadiana home kitchens, there's a mix of Creole, Indian, Cajun, and other cultures reflected in the dishes served at the restaurant. That's what he sticks to at Tim's Kitchen, because that's what people like.

Although business is not as good as it was, Sharlow said he's seeing some new customers. Many restaurants are still shut down, and some, unfortunately, have had to close permanently, he said.

"I think our customer base has been strengthened," he said. "When things go back to normal, I feel like we will do well. I think that's going to come."

For the future, Sharlow says he'd like to retire someday - but he also says his mother, who will be 84 years old in a few days, still cooks every day. He said he'll probably do that as well, because he loves cooking so much.

Tim's Kitchen is located at 1000 Albertson Parkway in Broussard.