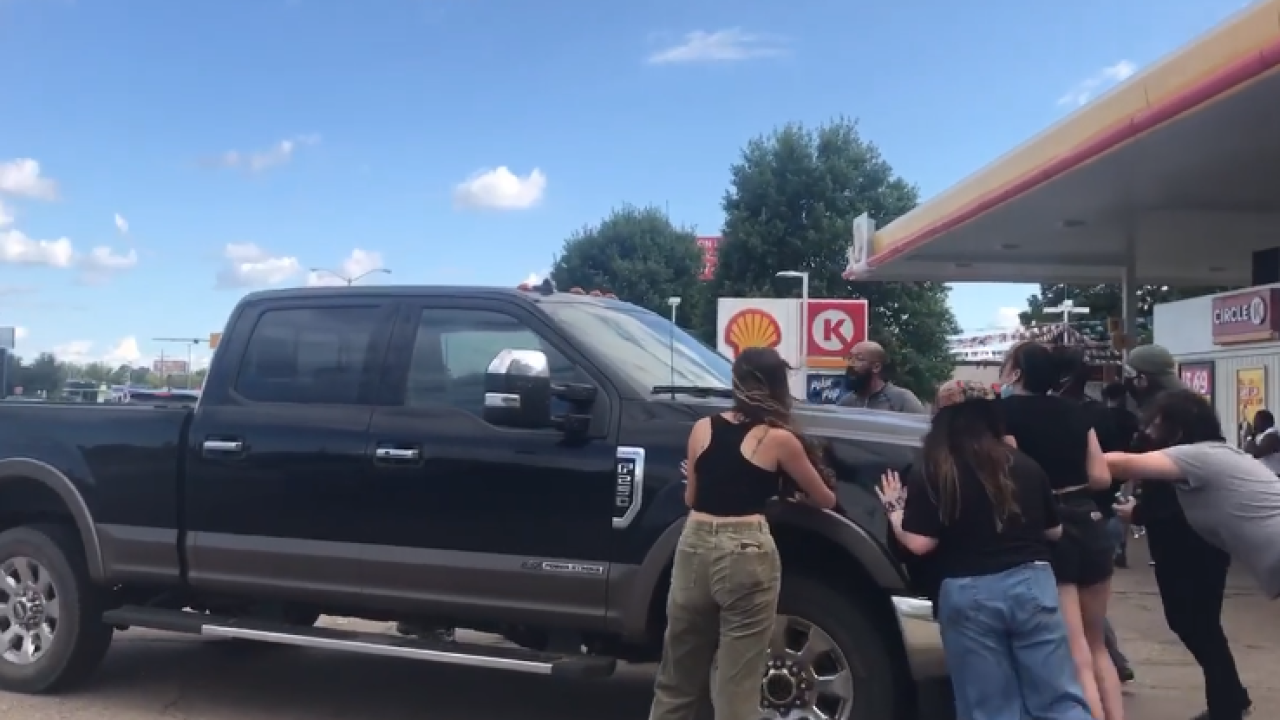 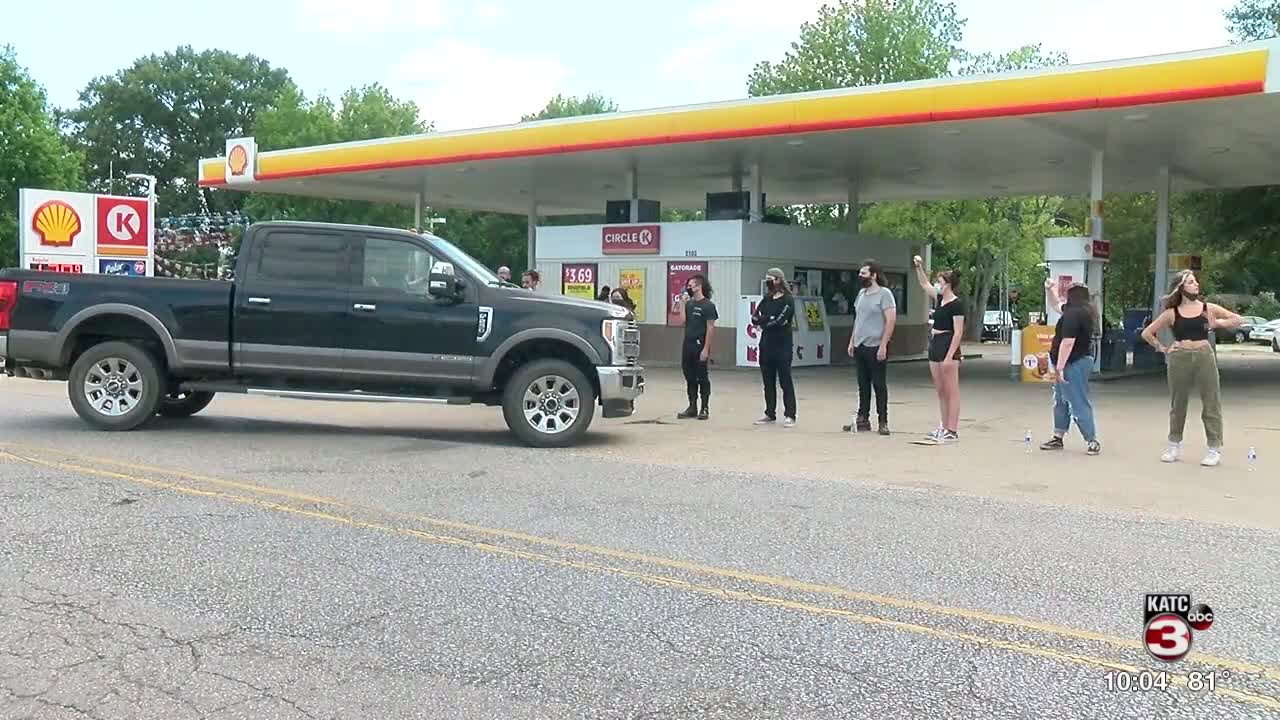 Tense moments this afternoon after the driver of a truck pushes through a group of protesters blocking access the gas station where a Lafayette man was shot by police last week.

The gas station, located on the Evangeline Thruway, was surrounded this afternoon by those protesting the death of Trayford Pellerin. The protesters had been there about 30 or 40 minutes, creating a human chain to block vehicles from using the gas station. They say weren't please with how the store handled Pellerin's death. Protesters tell us they felt the store's owner should have closed the store temporarily, or at least let them put flowers on the property.

"We're appalled that when we first came here or the day after Trayford was murdered, the building was still open for business,"
Activist Devon Norman said. "They were insensitive to the fact that he was murdered there. There's a trash can where he was murdered."

Around 5:00 p.m. the driver of a truck tried to pull into the gas station, despite the line of people blocking the entrance. He moved through them slowly, arguing loudly with protesters over access to the gas station.

"I was thinking don't let go of the people next to me," protester Lillian Fitzgerald said. "We were all screaming don't break the chain. Don't let go."

The driver broke through. After the driver got gas, police arrived soon after and the driver was able to leave shortly after.

Police then asked the protesters to move off the property, so they relocated to a nearby shopping center where they continued their protest.

While speaking to the crowd activists Norman said, "Something is wrong in the city of Lafayette Louisiana. There is a cancer that has grown in this city and what we saw on today is a domestic terrorist run into peaceful protesters as we were demanding change to come from this city."

Here's the video. WARNING: there is profanity in the video. Viewer discretion advised

Kendria Lafleur has been there much of the afternoon. Here are more live videos from the scene

Here's the start of the protest:

And here is video from later in the protest: