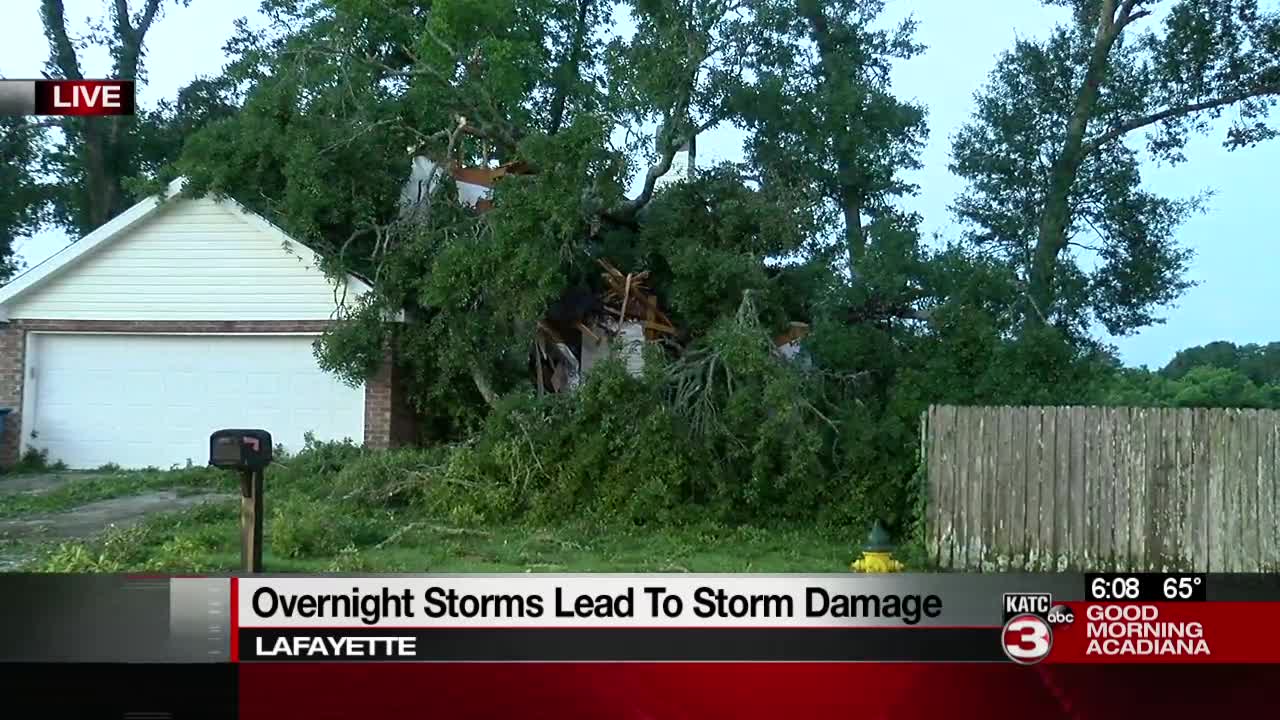 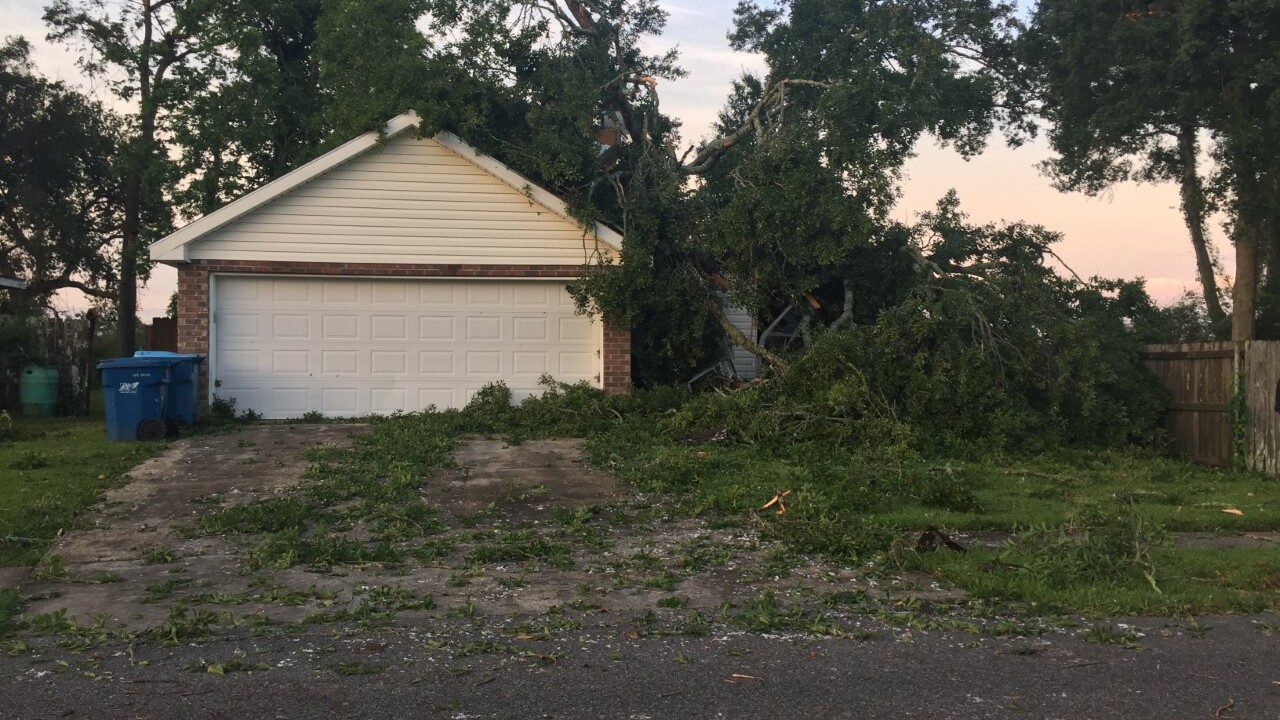 Last nights storm wreaked havoc on the north side of Lafayette.

On Alexander, across the street from Acadiana Park, four houses sustained "substantial damage" when trees fell on them, a fire department spokesman said.

No injuries were reported, he said. Fire fighters were called to the 1200 block of Alexander at about 11:15 p.m. Tuesday, he said.

At least one home received extensive damage to its roof.

Debris, including parts of windows and house insulation, is scattered on driveways, sidewalks and the street.

Slemco trucks have been seen in the area tending to downed power lines and as neighbors wake up they are beginning to assess the damage and make plans for recovery.

The department says that that water has receded this morning and no roadways in the area are closed.

KATC's Abby Breidenbach was LIVE this morning with a look at some of the damage.