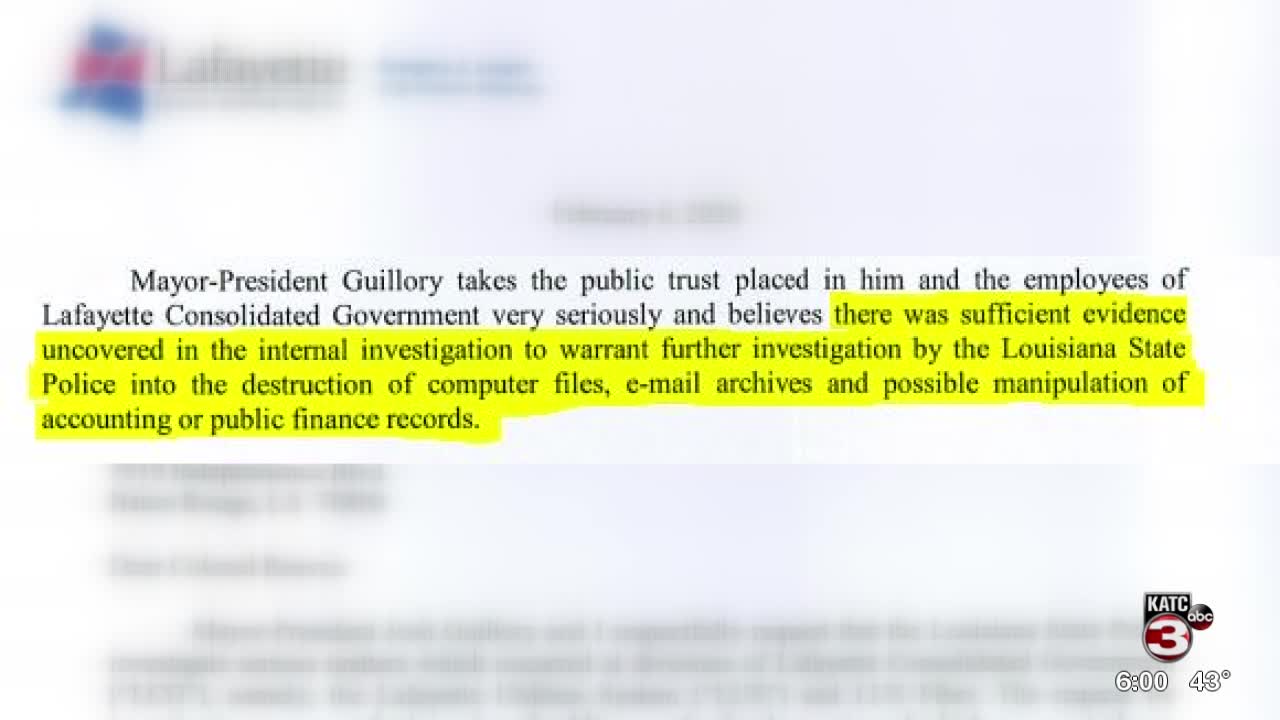 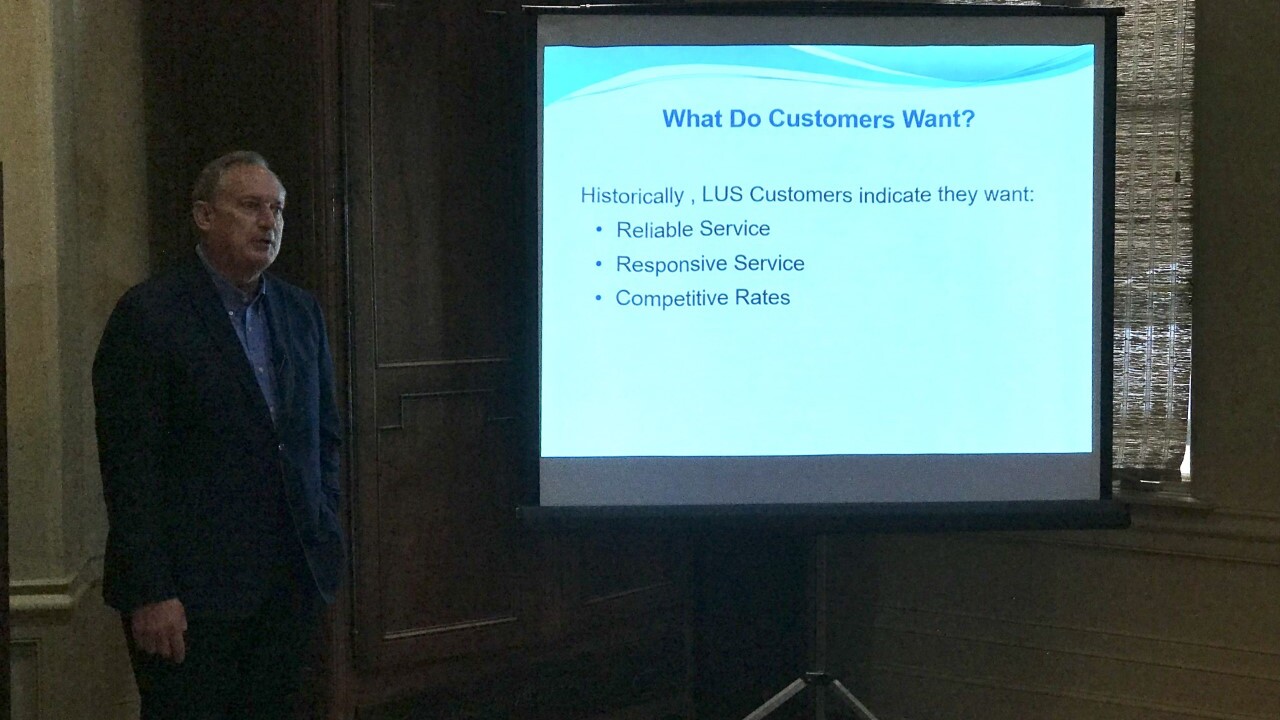 LAFAYETTE, La. — Mayor-President Josh Guillory has officially requested that the Louisiana State Police conduct an investigation into Lafayette Utilities System and its former director Terry Huval after announcing it during an interview on KPEL's Lafayette Live.

The request for investigation concerns the integrity of public records, the destruction of which appears to be an attempt to cover up a crime. After receiving a whistle blower complaint, LCG conducted a limited internal investigation and have identified the following individuals who have information

The letter then names Terry Huval and four other individuals who's names are redacted. However, it states that some of the redacted names are for current LCG employees in the LUS and LUS Fiber divisions who were placed on administrative leave on Wednesday, Feb. 5.

The letter states that Guillory believes there was "sufficient evidence uncovered in the internal investigation to warrant further investigation by the Louisiana State Police into the destruction of computer files, e-mail archives and possible manipulation of accounting or public finance records."

It also gives an example of destruction of public records as Huval's e-mail count per year on the archived server:

The letter states that there was somewhere between 15,000 and 20,000 of Huval's e-mails deleted for the 2011 time period, which is the apparent time frame of communication regarding the pricing structure of the Power Outage Monitoring System and Sewer Lift Station Fiber Service between LUS and LUS Fiber affiliates that is currently under investigation by the Louisiana Public Service Commission.

You can listen to the KPEL interview here: