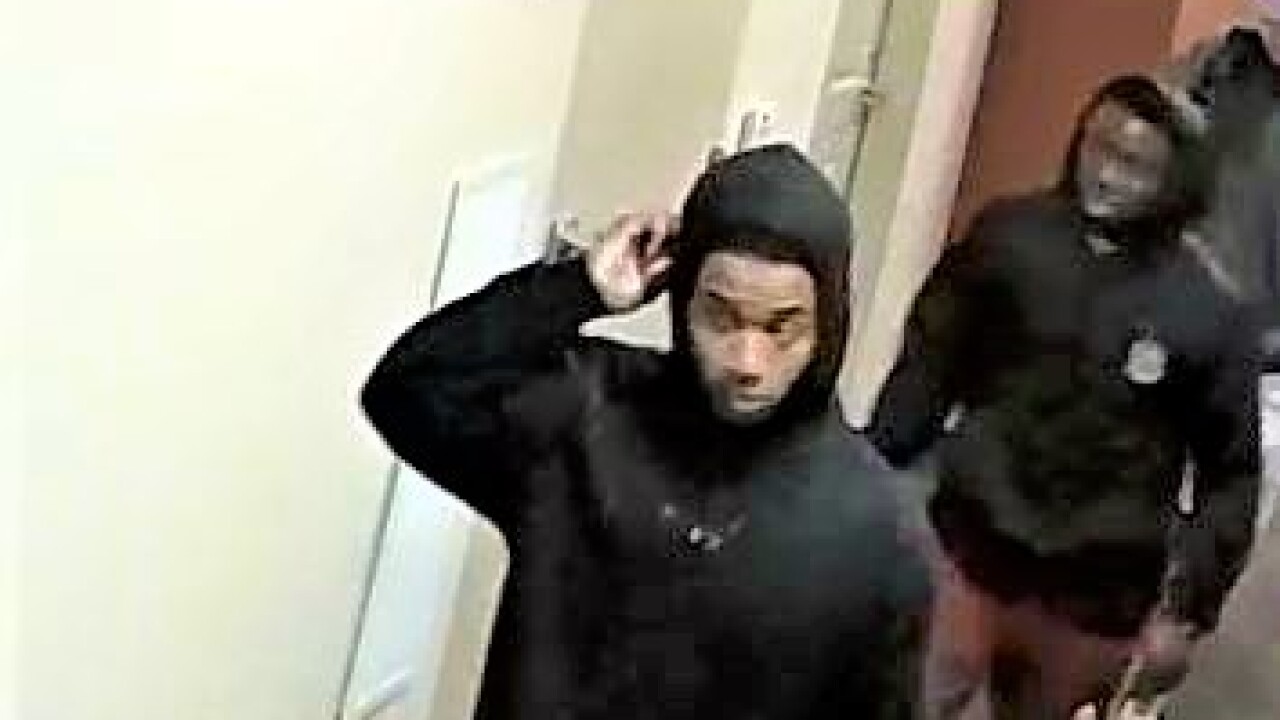 The UL Lafayette Police Department is asking for help from the public in identifying two armed robbery suspects.

Both men were seen fleeing the area in a dark colored Chevrolet Impala or Chevrolet Malibu.

If you know the identity of these subjects, contact UL police at 337-482-6447 or by email at investigations@louisiana.edu.

We have reached out to UL Police on confirmation on when the armed robbery occurred and have not heard back. The photos of the individuals involved show similarities in the description of the two suspects wanted in a February 20 armed robbery case on campus.

"At approximately 10 p.m. on Feb. 19, four students were robbed at gunpoint in Bonin Hall by two individuals who had challenged them to play video games for money. The robbery occurred upon arrival at one of the students' rooms. The persons of interest are described as black males; one wearing a dark hoodie with red pants and the other a dark hoodie and dark pants."