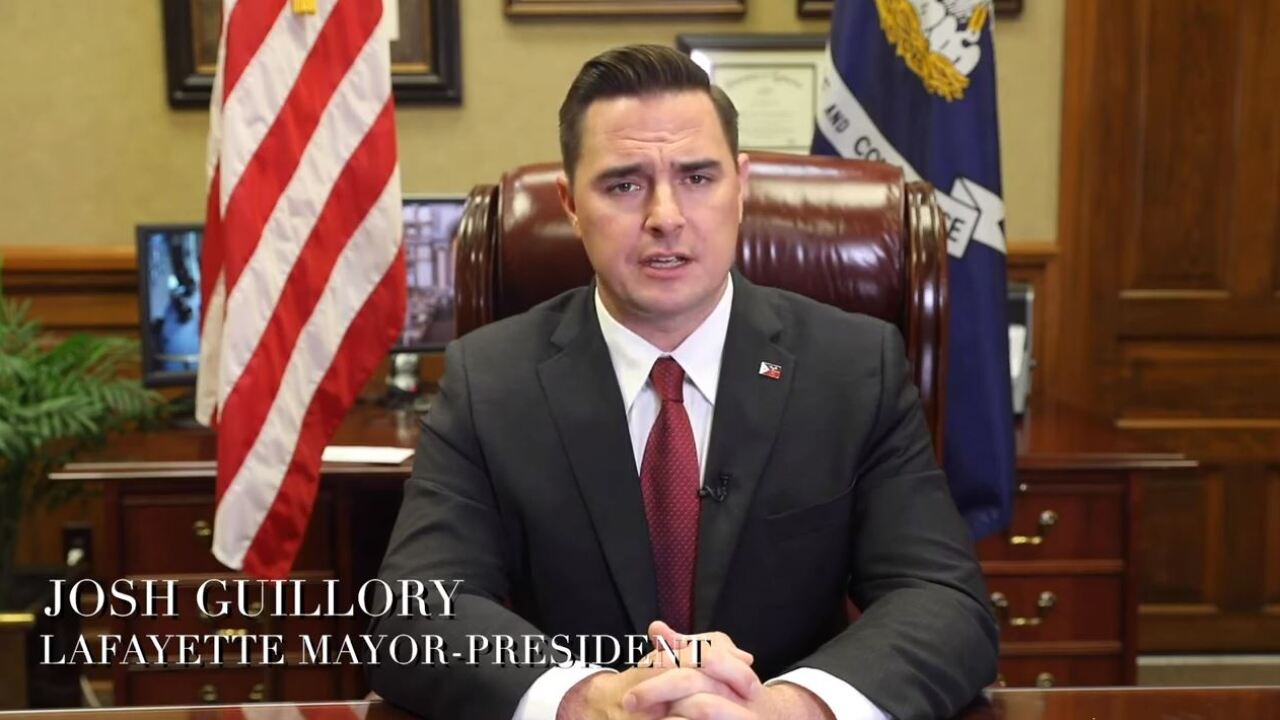 LAFAYETTE, La. -Mayor-President Josh Guillory announced in a video address on Friday that he will close four recreation centers in North Lafayette in the coming budget year and eliminating at least 37 positions in the Parks and Recreation Department.

“As we find ourselves in this financial situation, we have two options: manage our people’s money responsibly or raise taxes, and I vehemently oppose raising taxes,” Guillory said in an afternoon video address.

This comes following the announcement that former Lafayette Parks and Rec Director Gerald Boudreaux was retiring last month after serving in local government for more than 40 years.

Boudreaux said at a press conference on July 3 that services provided by Parks and Recreation are essential to the community and should be considered as "essential services" like police and fire protection for communities. He said his decision to resign was because the direction the administration was going in wasn't the same direction as he felt they needed to go in. He also worried that if you cut the parks budget to an insignificant amount, juvenile crime is likely to increase.

KATC learned about these proposed cuts more than a week ago, but despite filing a public records request, we still have not received the proposed budget Guillory referenced several times in his video statement on July 17th or the full documents used to prepare the proposed budget. We did get correspondence that indicates on-going discussions about deep cuts and changes to the Recreation and Parks department.

One set of notes indicated discussions to cut a $3.5 million subsidy to the department; to eliminate the crews that maintain golf courses and outsourcing those duties; to close recreation centers; and to eliminate park police.

There are also several documents related to a plan to turn over operations of parks in other parish towns to those towns.

“Please pardon the tardiness of this notice as the Mayor-President has been working with the area mayors on this issue of parks in their respective jurisdictions. As you know, there continues to be an interest by some municipalities to assume responsibility of those parks within their areas. Specifically, Duson, Broussard, Scott, and Youngsville. The Mayor-President has tasked legal with providing options to those mayors. Given that we don’t yet know the future of those potential agreements, I’m holding your ordinance submittal dated March 18. As things firm up on the legal side, I can reach out so we can pow wow on the balance of the parks and the potential funding. We would like to be involved in the discussions with the advisory committee, if appropriate.”

In another email exchange, between council staff and the administration, there is a discussion about using CREATE funds to provide each municipality with $25,000 to fund improvements to LCG-owned parks within their town.

An email says these funds “were promised” to each of the towns listed.

On Friday, former Lafayette City-Parish Councilman Kenneth Boudreaux responded to Guillory's announcement of the closing of the four recreation centers on Facebook, saying:

Not one activity or facility in south, east or west Lafayette. Not one facility or activity that does not serve majority African Americans.

Eliminate Recreational activity where crime is rampant and people are already underserved.

Laying off 37 people, watch their demographics!!!!!

All this with the presence of A CHIEF OF MINORITY AFFAIRS"

KATC reached out to Chief of Minority Affairs Carlos Harvin, who said he will be making a statement regarding the cuts and closures on Saturday.

MORE ON THE RECREATION CENTERS:

George Bowles Activity Center was named after an educator and military man who was also the president of the Louisiana Education Association. He served on various civic boards and was the first black man to run for mayor of Lafayette (in 1976; he lost to Kenny Bowen). Bowles died in 1977 and the recreation center (located at 120 Dawn St.) was named for him 20 years later.

Henry Heymann Park's namesake pushed for and convinced the city to build a recreation center for black youths. He worked with black residents and city leaders to establish the rec center during segregation. The city renamed the facility, located at 1500 S Orange St, for Heymann after his death in 1956.

J. Carlton James Activity Center's namesake was the principal at Paul Breaux High School when it was still a segregated all-black school. He and his father, J. Wallace James, were the first two black men to register to vote in Lafayette Parish since reconstruction. They later worked to register other blacks to vote. J.C. James also collected an oral history of Lafayette - that collection of papers is housed at the University of Louisiana at Lafayette. The center is located at 710 Aster Dr.