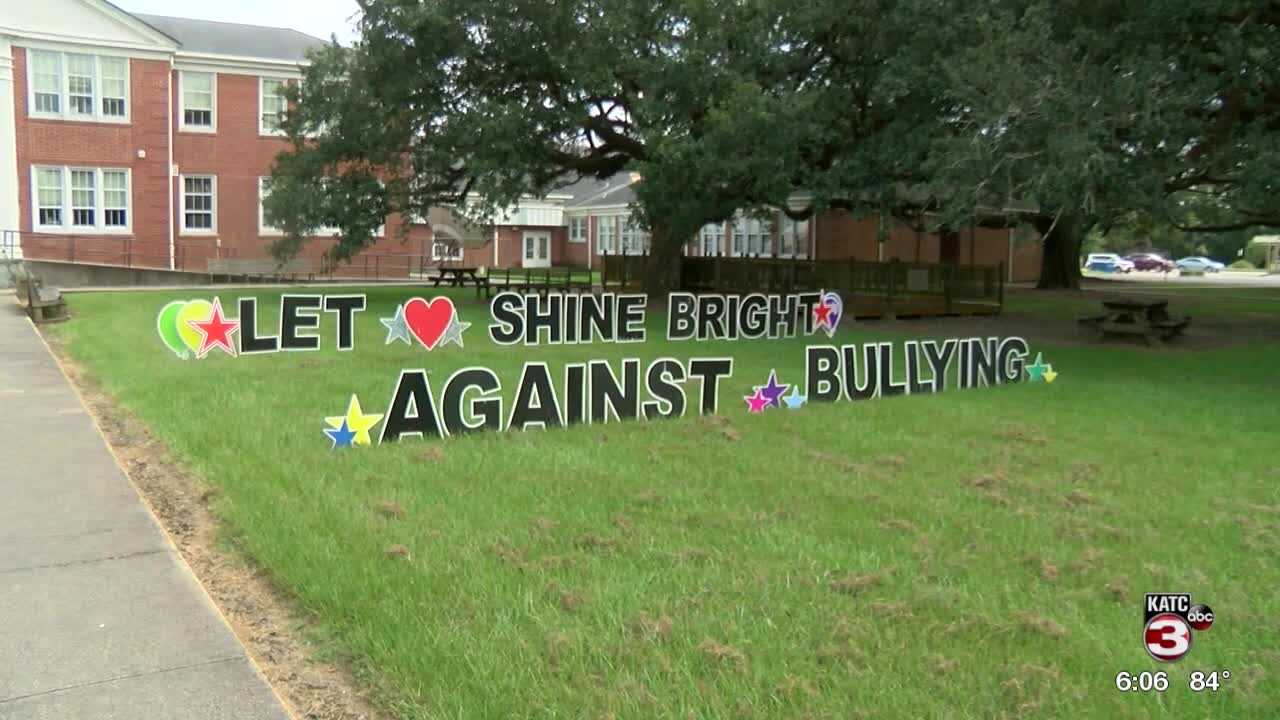 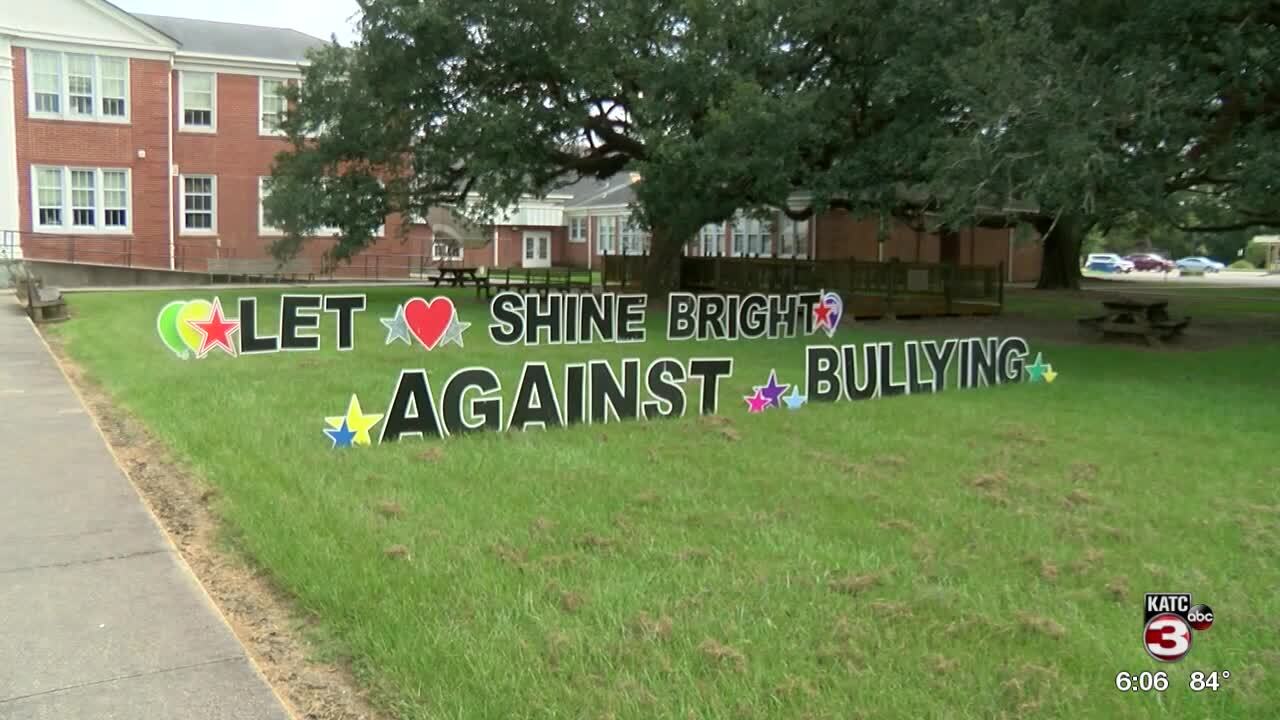 A sign with the words "Let Love Shine Bright Against Bullying" sits in front of Loreauville High School.

"I just drove up and there were these signs, anti-bully signs. I mean, big beautiful signs, but I had no idea where it came from," Bourque said.

The mastermind behind the message is 7th-grader Miracle Latigue. She and her mother created a GoFundMe account to raise money to rent the sign from an Acadiana company, the Sign Gypsies. The sign travels to various area schools.

"Whenever children are going to school in the car line or the bus, they can read the message -- or already know it -- and they'll be like, 'oh I get it now. We should treat people nice and without hate,'" Miracle said.

According to Miracle, last school year she was bullied.

"It was the first day of school there and it started with her pulling my hair," Miracle said.

After months of being pushed and called names, Miracle had enough. She brought her bully a package containing a Bible, a notebook, and candy.

"I said, remember, always write in your journal so you can let out your feelings, and not at other people,'" Miracle said.

Later, Miracle says, that journal helped the bully open up. Miracle added that the bully realized she was taking her sadness from losing her father in a car wreck and turning that into anger towards other students.

"I saw her pinky-promise to a boy she bullied, telling him she would be his friend and would be nice," Miracle said.

Now, Miracle is continuing that message with her campaign. What started as a goal of six schools is quickly multiplying.

On Wednesday, the sign will be placed in front of Delcambre Elementary, its 11th school.

Miracle will also sell t-shirts. Proceeds will go towards an anti-bullying rally that Miracle and her mother will be setting up with Councilwoman Sherry Guidry. The rally will be held every year before school.