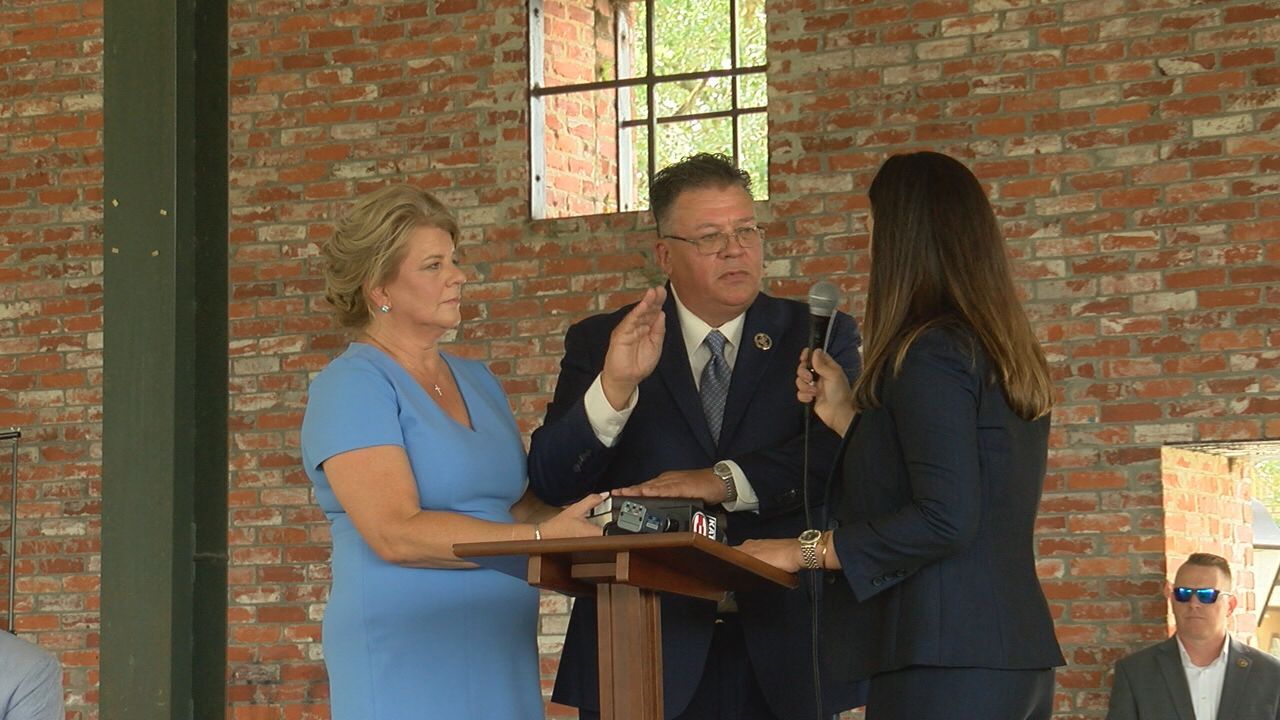 Romero was elected in the December election. He will be taking over for Sheriff Louis Ackal, who served as the sheriff for the past 12 years.

The crowd applauded Romero as he addressed them. He said there will be change at the Iberia Parish Sheriff's Office but that change is good.

"I think [the] first order of business for us at the sheriff's office is going to be for us to try to reestablish some good communication and trust with the community," said Romero. "I think that's the first thing we need to start on."

The new sheriff also gave credit to his predecessor, Ackal.

The former sheriff for Iberia Parish says he has mixed emotions about leaving his post.

"I just completed my 55th year in law enforcement and just to walk away into the unknown... it has its moments," explained Ackal. "But, I'm very proud of the work we did and the office that I'm leaving compared to what I inherited."

Ackal says he is proud to say he was able to clean up about $5 million worth of debt in the parish; however, he does have some regret.

"Well, the biggest thing I regret is not being able to have enough money to work with, to properly pay my employees," said Ackal. "That's something I fought with for years."

The former sheriff believes Romero is the perfect man for the job, and Romero says he's ready to hit the ground running even under the current circumstances.

"We're going to adapt," said Romero. "A lot of times, we have to make some adjustments in law enforcement. It's always in a state of flux and change. We're ready to meet the challenge, whatever the requirements are going to be."

During Romero's term, he's hoping to bring new technology to the department and provide his deputies with the current education.