Reactions from Acadiana's delegation on first day of impeachment hearings 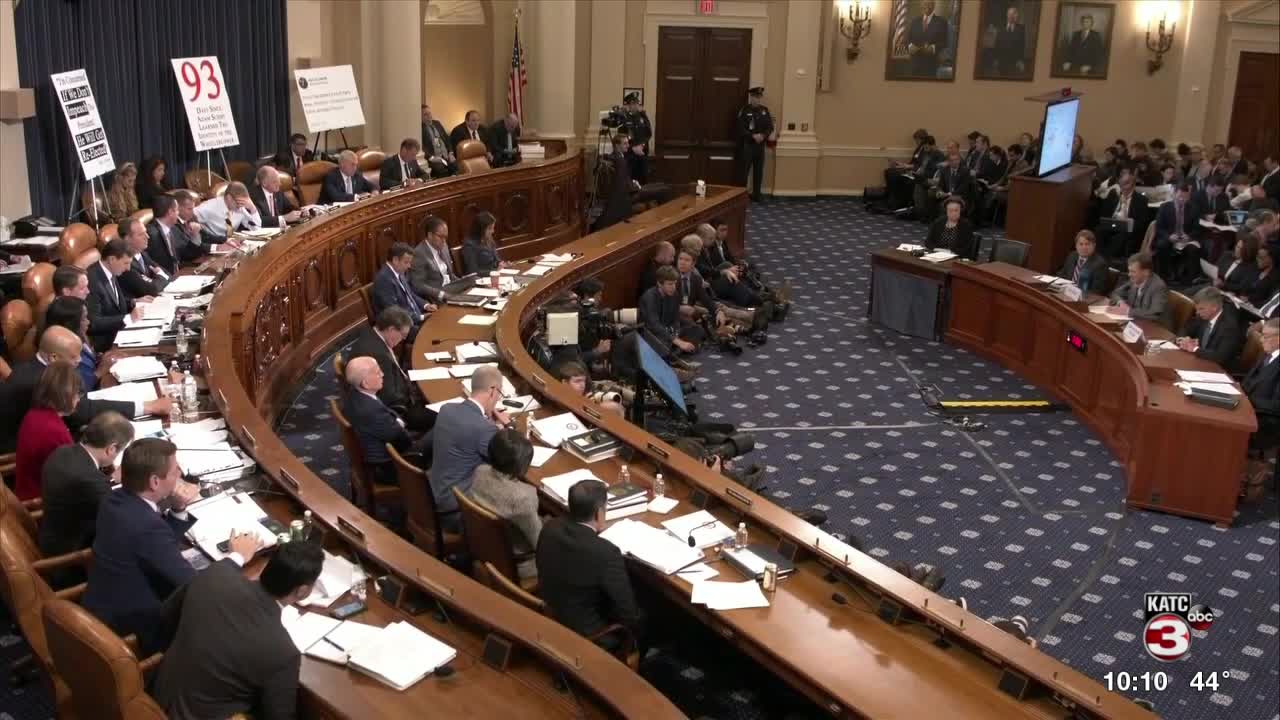 The first day of hearings in the impeachment of President Trump is now complete.

Today, the American people heard from two key witnesses who testified about their concerns about a delay in U.S. Military aid to Ukraine.

Though President Trump said he isn't watching the hearings, the nation is. We spoke with Acadiana's delegation and got their reactions on the first day of hearings.

Trump said he was "too busy" to watch what he calls a witch hunt and a hoax.

In the first day of the public phase of the impeachment inquiry, the top U.S. diplomat to Ukraine revealed one of his staffers overheard the president on a second phone call, asking about "the investigations" involving the Bidens.

"This is just the latest means to the end, the predetermined outcome they decided long ago that should be the fate of President Donald J. Trump," said Mike Johnson from the 4th Congressional District.

Johnson believes the democrats have been planning to oust the president from office since he took the oath.

Representative Johnson and Congressman Clay Higgins said the democrats are working off a well-rehearsed script and cherry-picked witnesses for the hearings.

Congressman Higgins explained, "The president has been completely denied due process. We don't have the authority to subpoena witnesses. So far, we've asked for nine and got zero."

Democrats announced they have scheduled two more closed door depositions for this week, starting with David Holmes, an official working at the U.S. Embassy in Ukraine.

"This impeachment process is unfair, one-sided, and strictly designed to injure our republic and our president," said Higgins.