Trump promised voters "the best is yet to come." 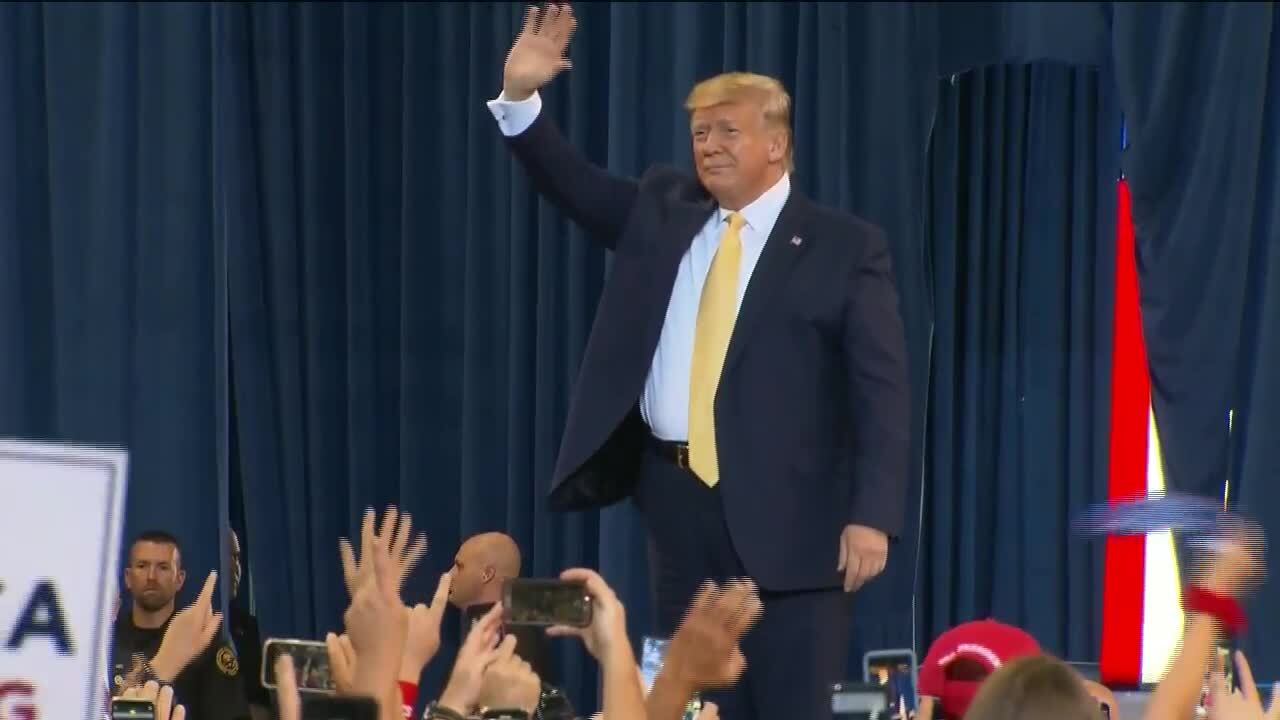 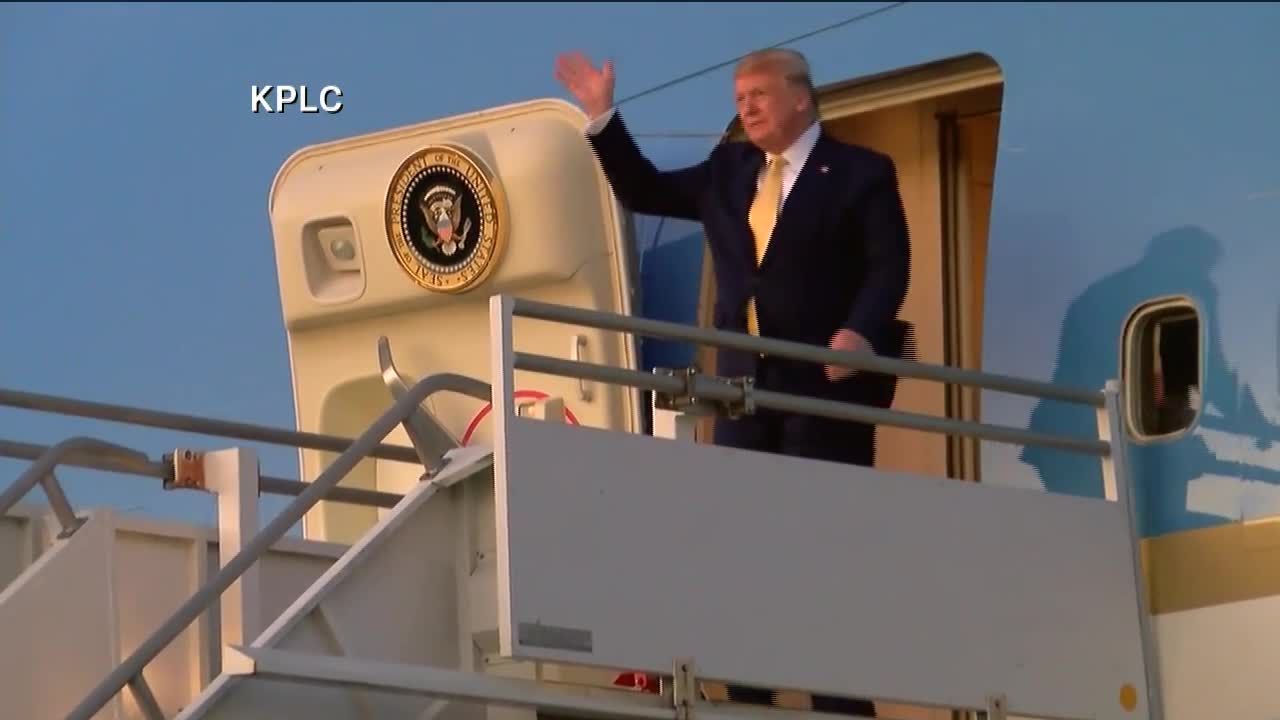 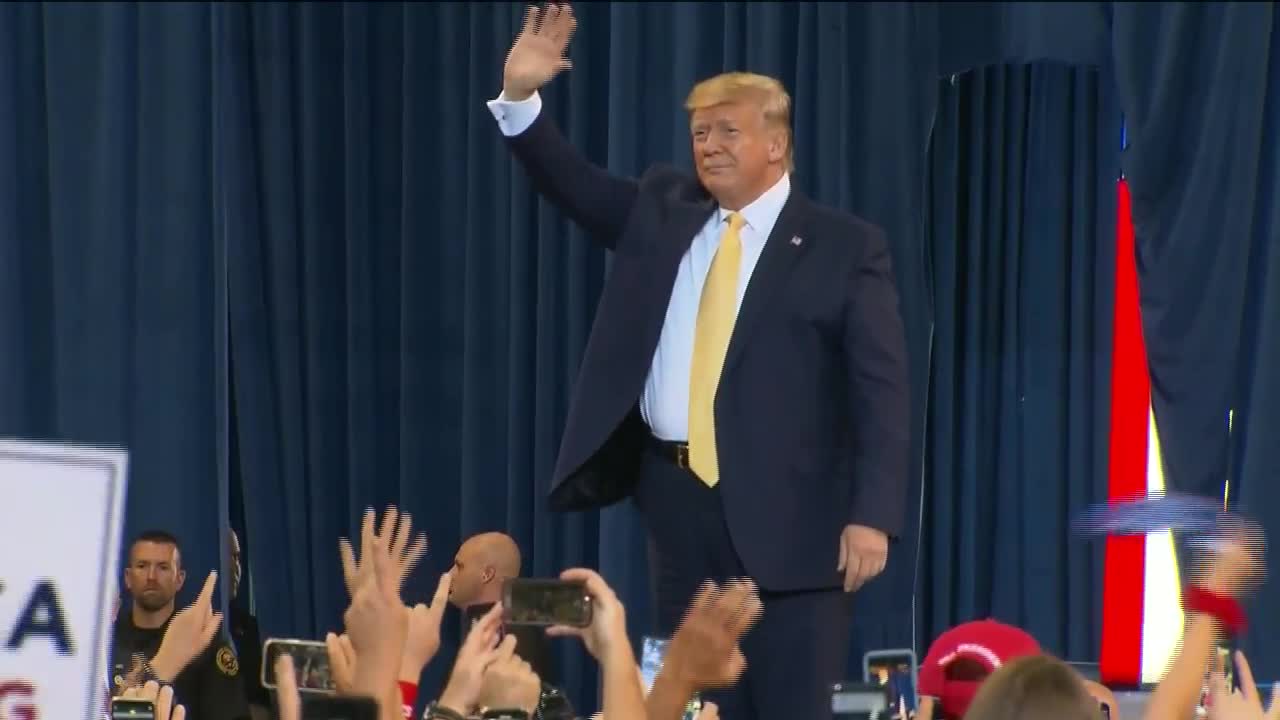 President Donald Trump was in Lake Charles tonight for a rally ahead of Election Day tomorrow to advocate for Republican gubernatorial candidates Congressman Ralph Abraham and businessman Eddie Rispone.

As thousands of people packed the Lake Charles Civic Center, Trump walked out to chords of "I'm Proud to be an American." Standing nearby were Abraham and Rispone, waving to voters.

The arena can hold around 7,500 people, and as Trump walked out, the capacity crowd began chanting "USA!"

Trump focused his rally on why constituents should get out and vote in tomorrow's election. Several times, he named current governor John Bel Edwards.

"Tomorrow, you will head to the polls and you will vote to replace a liberal Democrat who has sold you out, John Bel Edwards, with a great new Republican governor," Trump said.

The President appealed to the crowd when he mentioned the LSU vs. Florida football game set for Saturday night.

Throughout his speech, Trump focused on achievements he has accomplished since taking office. A running theme throughout his talk was the "rage-filled Democratic party that is insane." He spoke of the Democratic push to remove him from office, calling it an "illegal, invalid impeachment."

At one point towards the beginning of his speech, the crowd behind Trump began turning and booing a protester that police quickly removed. Trump praised the quick action, saying, "Get him out!" and "Your police work fast! They don't mess around in Louisiana, do they?"

Trump also focused on the "fake news media," at one point pointing his finger towards the cameras lined up at the back of the arena.

He listed several media networks and newspapers, including the New York Times, that he called part of the fake media, while listing another set, including several Fox News anchors, that he claimed should have won Pulitzer Prizes.

His focus on what he calls the "party of blatant corruption" was a theme of his speech, as he was in Lake Charles to pull votes for both Republican candidates. He emphasized several times that voters should "vote Republican, calling on them to get Governor Edwards "the hell out of office."

He spoke shortly about the recent whistleblower scandal.

Focusing on more local issues, Trump discussed the trade deal he made with China today that he said will benefit local farmers.

Trump allowed each candidate a minute to speak, but told them only to hit on Governor Edwards, not each other, "because he deserves it."

After thanking several officials, Trump promised, to the cheers of the crowd, to rebuild the I-10 Calcasieu River bridge, a bridge that has been a problem for residents for years.

Another highlight of the rally was when Trump introduced the River Ridge Little League World Champions to the stage. One took the microphone and thanked the crowd for their support.

Trump's speech lasted about an hour and a half, and he ended with some promises - to end socialism and put a man on the face of the moon.

As he prepared to walk off stage to the crowd cheering, Trump again urged voters to head to the polls on Saturday and vote for a Republican candidate. He ended with a prediction for voters.

"Ladies and gentlemen of Louisiana, the best is yet to come!"

Chris Welty was at the rally and will have a complete recap on our 10 p.m. newscast.