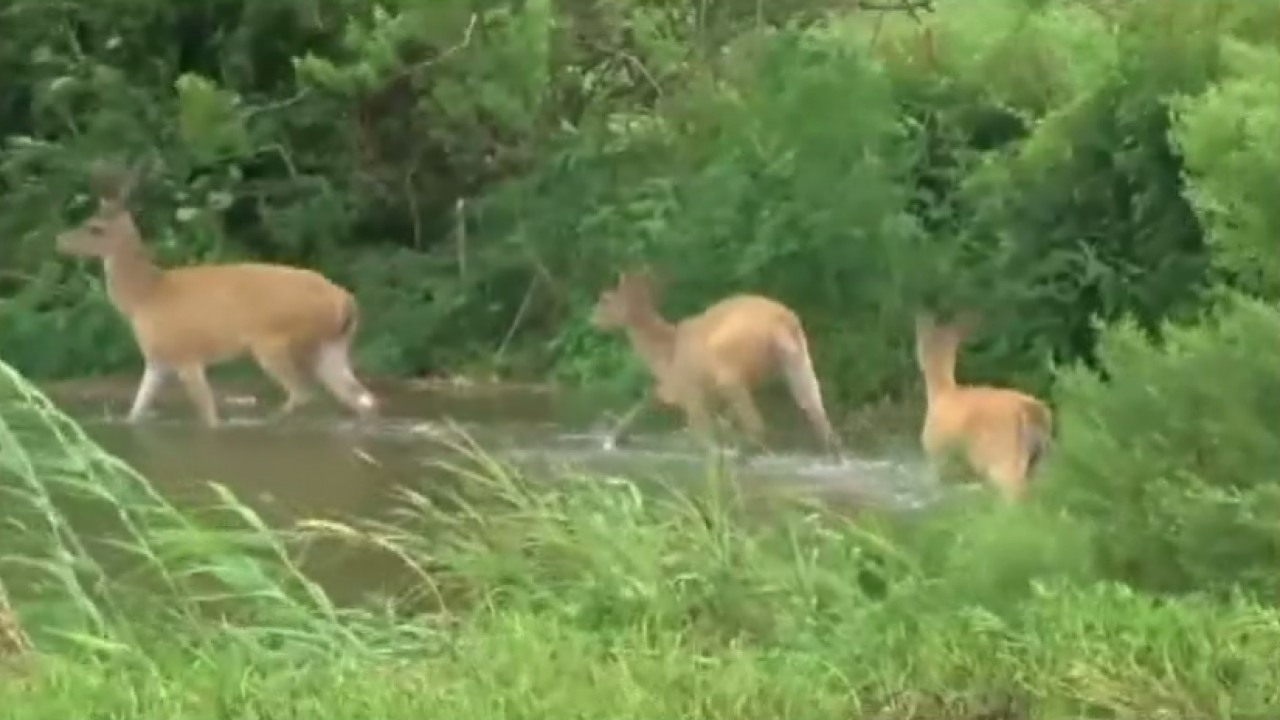 In the aftermath of Hurricane Barry, wildlife species will seek higher ground and be displaced into habitat with which they may not be familiar.

The Louisiana Department of Wildlife and Fisheries (LDWF) urges the public to be aware of wildlife forced into populated areas by flood waters.

Agents say that rising waters can force wildlife into nearby residential and commercial areas where they may come into contact with humans. LDWF urges citizens to minimize contact with animals while they seek temporary refuge from their flooded home range.

Officials say that wild animals not posing a threat to humans should be left alone and should not be fed. LDWF says that feeding wild animals will encourage those animals to remain in the vicinity of a new food source when they should be allowed to find natural habitat and food sources on their own.


The following is a list of Species of Concern:

Black Bears: The Louisiana black bear is a species of concern during a flood incident when high water moves bears out of their habitat. For assistance with black bears that may be forced into populated areas by flood waters, call 1-337-262-2080.

Alligators, Snakes: Flood waters may carry reptiles into populated areas where they may not normally be noted in significant numbers. Following the impact of flood waters, exercise extreme caution when salvaging possessions from flooded areas. Wildlife, especially reptiles, may remain in flooded areas and pose a safety threat.

Deer, Feral Hogs: Deer and feral hog populations represent the two large quadruped species that may appear in populated areas in significant numbers as flood waters move wild animals out of natural habitat. As is the case with all wild animals, how these species will react to humans in close contact situations is unpredictable. LDWF recommends allowing these species, when sighted individually or in groups, to move unimpeded through flooded areas as they seek higher ground.

For more information on displaced wildlife, go to http://www.wlf.louisiana.gov/wildlife/nuisance-wildlife.