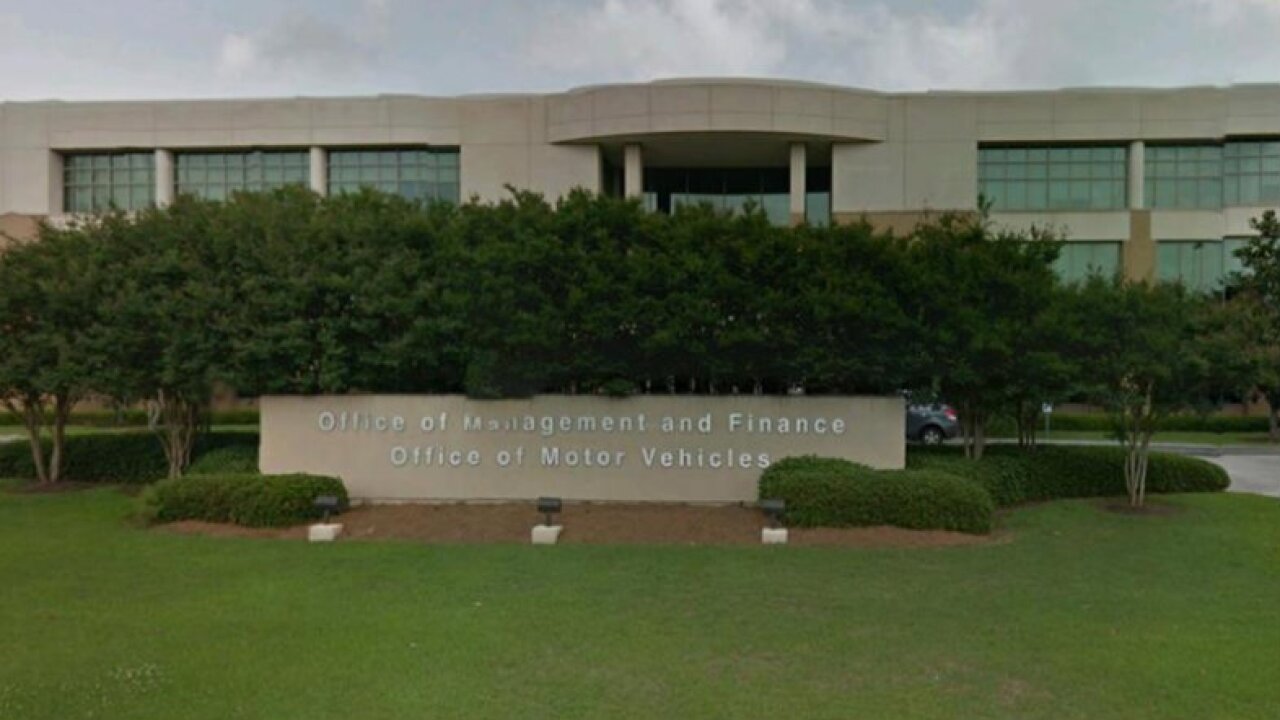 Motor Vehicles Commissioner Karen St. Germain toldThe Advocate that 28% of her agency's 79 locations were up and running, and another six were planned to open Monday.

But she says none of the operating locations are fully functional yet, with license reinstatements still down at most locations.

St. Germain says officials worked through the Thanksgiving weekend on service restorations and the agency is opening offices "as fast as we possibly can."

A ransomware attack two weeks ago hit several state computer servers. The state quickly shut down network traffic to prevent the spread, and have brought most state offices back online.

The Advocate says that The agency has opened offices in bigger metro areas like Baton Rouge, Lafayette and New Orleans, for processing vehicle registrations and drivers licenses. Reinstatements are not being conducted and because of this, Louisiana State Police have said that Troopers will continue to exercise discretion when encountering recently expired driver’s licenses and vehicle registrations.

No timeline for when the OMV locations will be fully functional was given.