Looking back on a legendary year with Joe Burrow 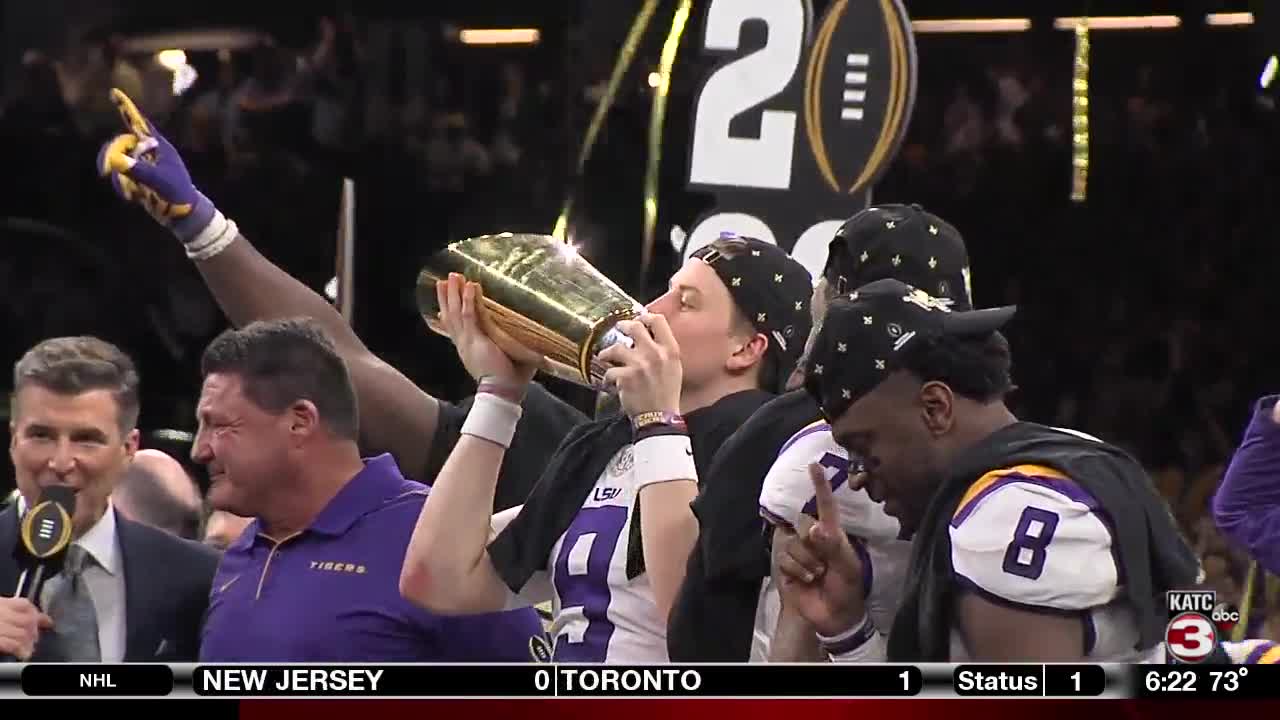 Looking back on a legendary year with Joe Burrow

Legend status was a perfect title for LSU's national championship t-shirts, after knocking off the defending champs, Clemson.

The Tigers run to their fourth title will go down as one of the best in college football history, and the face of that dominance will forever be Joe Burrow.

Burrow already had the greatest year in LSU history, and now there's an argument for the best ever in the sport. He's the first Heisman Trophy winner to conquer the college football playoff, and against the best - he was his best.

More than 1,000 total yards and 14 touchdowns with no interceptions in those two postseason games, and he now owns the national record for passing TDs and total touchdowns in a single season.

"This is special. This doesn't come around every year. This is a special group of guys that really came together. As close of a group I've ever been around. I'm just so happy I was able to do it with Coach O, Patrick and the rest of the guys in that locker room," he said.

"We always knew this was Joe's team since the day he came in, he was competing. For Joe to be that kind of person on day one and give us the best that he can, we already knew this was him team," Patrick Queen, a linebacker and native of Livonia.

"They day he came in he impressed all of us. We saw the work ethic that he had and he's on another level. You know last week when we beat Oklahoma, he's not even celebrating. He knew what his goal was and what are goal was. I mean credit to Joe, he did a great job," said Kristian Fulton, cornerback.

When we asked Burrow if he understands the magnitude of being considered a hero in Louisiana forever, he downplayed that status. Instead, he said that what LSU did Monday night can never be taken away from them. And to do it in New Orleans is even more special.