Edwards: No new restrictions, but stepped up enforcement 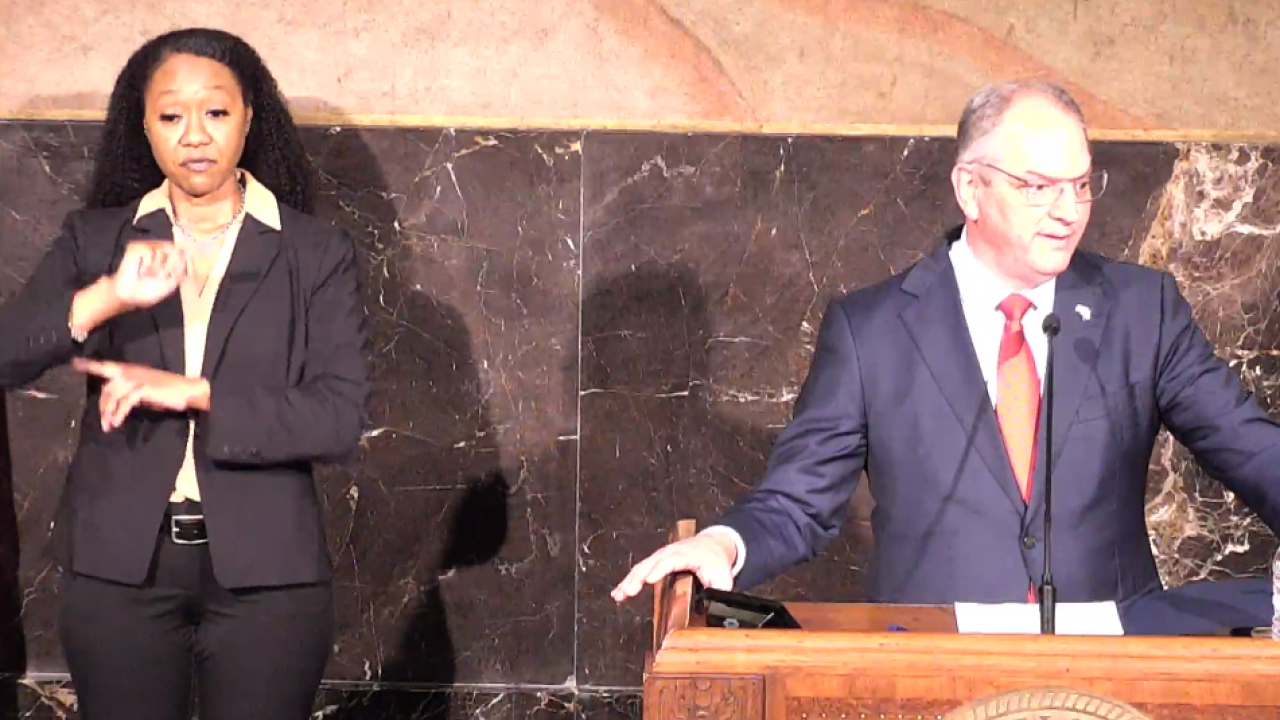 No new restrictions were announced today, but Gov. John Bel Edwards said he plans to step up enforcement, and he's asking citizens not to patronize businesses that don't follow the rules.

"I am not announcing additional restrictions today for Louisiana," he said.

Enforcement will be stepped up, so we don't let some bad actors stop us from opening up the state, he said.

"We are encouraging every business, every venue to do everything they can to comply with the restrictions that are in place," he said. "I'm also requesting of the general public: Don't patronize businesses that aren't complying. Patronize the businesses that care about your safety."

That's how things will improve, he said.

"You know who the best enforcers are? The general public. Because if you refuse to go into a business that's not in compliance, that business is going to change," Edwards said.

Edwards specifically said all Louisiana restaurant employees who interact with the public are mandated to wear masks, and he urged people to avoid restaurants that won't comply.

When asked directly if we could go back to stricter rules, Edwards said we're not at that point, but he will not allow Louisiana to get in a position where our hospitals can't care for sick people - not just people sick with COVID, but all sick people - because they are overwhelmed. He says he doesn't want to go back to Phase I or to a stay-at-home order.

"The surge we've seen in cases is not because we went to Phase II, it's because people aren't engaging in appropriate behaviors," he said. "There's too much complacency, and there are people who are simply not doing what they need to do."

Edwards traced the snowballing increase in cases back to Memorial Day; until June 13 Louisiana's hospitalizations were leveling off. Since then, they've been going up steadily. That coincides perfectly with the usual 14-day incubation period.

With that in mind, he asked people to stay home on July 4.

"You have a role to play, and its an extremely important role. In fact, if we don't all do what's required of us it's going to be extremely difficult to get back on top of these numbers," he said. "Patriotism is not about putting your health at risk, or about putting other people's health at risk. There is no safe large crowd. Period."

The rising percentage of positive cases in Louisiana has drawn the concern and attention of the White House Coronavirus Task Force, Edwards said.

"After many weeks of moving in the right direction.... we are now seeing a sustained increase in cases," Edwards said. "Over the second half of June, we lost all of the progress we made in the number of hospitalizations and cases. As a result, Louisiana is back squarely on the radar of the White House Coronavirus Task Force."

Louisiana's reaction matches what's happening in other states, but task force's concern has been the increased positivity rate.

"In short, the situation is not as rosy as we would like it to be," Edwards said.

Louisiana is testing more, but the rate of positives is outstripping the increased rate of testing, he said.

"Testing does not create cases, it just tells you where your cases are," Edwards said.

East Baton Rouge Parish is becoming a hot spot again, and prompted a call from the task force. By Tuesday, new testing sites will be open, aimed at testing another 5,000 people daily in the Baton Rouge area, Edwards said.

This is one of three such efforts spearheaded by the White House happening across the country, if that tells you how critical the issue is in Baton Rouge, he added.

EBR Mayor-President Sharon Weston Broome, who today announced a mask requirement for her parish, called the pandemic "a clear and present threat" to our health and economic health.

"Save a life, save our economy, and wear a face covering," she said.

Weston Broome said the new requirement isn't meant to be punitive, but instead to reduce the spread and keep Baton Rouge open.

"In order to avoid having to regress to more restrictive phases, we're going to have to do this," she said.

The testing will be conducted at four sites: Cortana Mall, Southern University, LSU and the Fairgrounds, she said.

"This is short-term discomfort for long-term gain," she said. "We don't want to go backwards."

Edwards said the state's rate of positive cases is still below 10 percent - the percentage set by the WHO as a goal - but some regions are above that, he said.

KATC is live streaming the press conference on KATC, KATC.com and the KATC Facebook page.

As of July 1, the number of coronavirus cases reported in Louisiana increased by 2,083 and the number of deaths had increased by 17. About 900 of those were backlogged, but only from as far back as the past 10 days or so, he said.

The number of cases in the state is now at 60,178. A total of 3,130 people have died of the disease in Louisiana as of Wednesday.

To read the story about the numbers, click here.

In a press conference on June 22, Governor Edwards announced that Louisiana would not be moving into Phase III as originally planned. The recent increases in COVID cases and hospitalizations forced a postponement.

"It goes without saying this is not the direction we want to go in," he said. "A lot of people out there are saying they are done with this virus. Well, the virus isn't done with us."

Under the order he signed on June 25, Louisiana will remain in Phase II for another 26 days while state officials examine all data. State officials are looking at 14-day trends, as recommended by the President's COVID-19 Task Force.

Edwards said he had hoped the state would have entered Phase III by the end of June, but the increasing cases made that impossible.