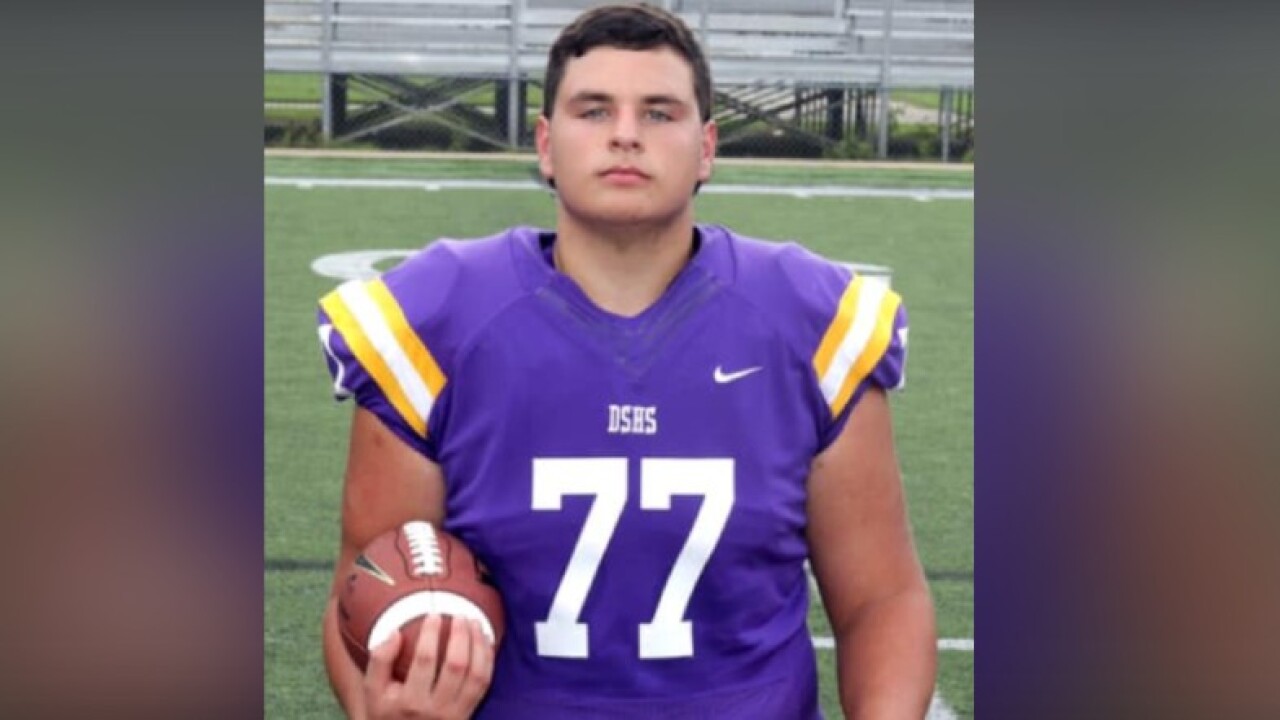 The father of Remy Hidalgo, a Denham Springs football player who died Friday after collapsing at a football practice earlier in the week has shared a touching tribute to his son on Facebook.

In the post shared early Saturday, Kerry Hidalgo said he wanted his message to not only express his feelings about Remy, but also to help other families.

Hidalgo explained the relationship he had with Remy and his two siblings, older sister Bailey and younger brother Tucker, saying that he often missed out on events like date nights, hunting and fishing trips, and nights out with his friends in order to spend time with his children.

"If that means I'm going to the trampoline park instead of an LSU party, or my trips to Bass Pro are to look at the fish and turtles rather than the boats and 4 wheelers, then I'm ok with that because I've always understood that, no matter what, my time with my kids is limited and will never be enough," the post reads.

He went on to say that along with never leaving his kids, he never believed in allowing them to be alone too much and always taught his children to be friends with one another. He would often find Remy confiding in his older sister or playing with cars with his younger brother.

Hidalgo said he wanted to share his message in the hopes that it might reach parents who have "less time than they think with their kids." He encouraged parents to spend more time with their children and to "kiss your kids in public, tell them, throughout the day that, you love them and that they make you proud."

He finished by asking those who read his message and want to reach out to him, to let him know that they kissed their son in carpool or their daughter made them proud.

16-year-old Remy died Friday morning. He was transported to a Baton Rouge hospital, then to Children's Hospital in New Orleans after collapsing near the end of football practice at Denham Springs High School on Tuesday. A vigil was held Wednesday at the school's football stadium.