NOPD officers are searching for an unidentified woman who is wanted in connection with a theft incident that occurred in the Eighth District.

The victim told police that on March 14, 2019 around 3 a.m. he invited a woman to his hotel room located in the 600 block of Loyola Avenue.

The victim advised officers that he and the subject talked for a short time before he fell asleep.

When he woke up, the lady was gone and so were his iPhone, a rose gold Audemars Piguet watch, a chain with a pendant and more than $1,000 were missing from inside of his hotel room. He told police the lady fled the scene before he woke up.

Here’s a picture of the watch: 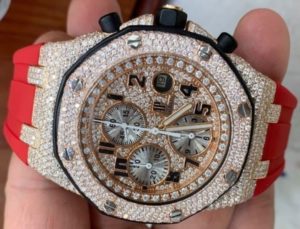 The woman is described as a black female with a thin build. She was wearing a short black skirt.