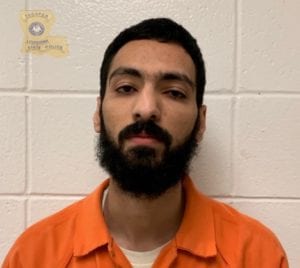 Troopers say he owned the Food Mart on 3rd Street and was buying food stamps from residents there.  Abudayeh reportedly had more than $1.2 million in Louisiana Purchase transactions from October 2017 to March 2019.

Investigators say they seized approximately $340,000 and 11 cases of alcohol at Abudayeh’s home; the alcohol  was discovered to be stolen from a local grocery store. Following the search warrants, Abudayeh, who was already being held at the Rapides Parish Jail on an unrelated charge, was charged with these additional offenses.