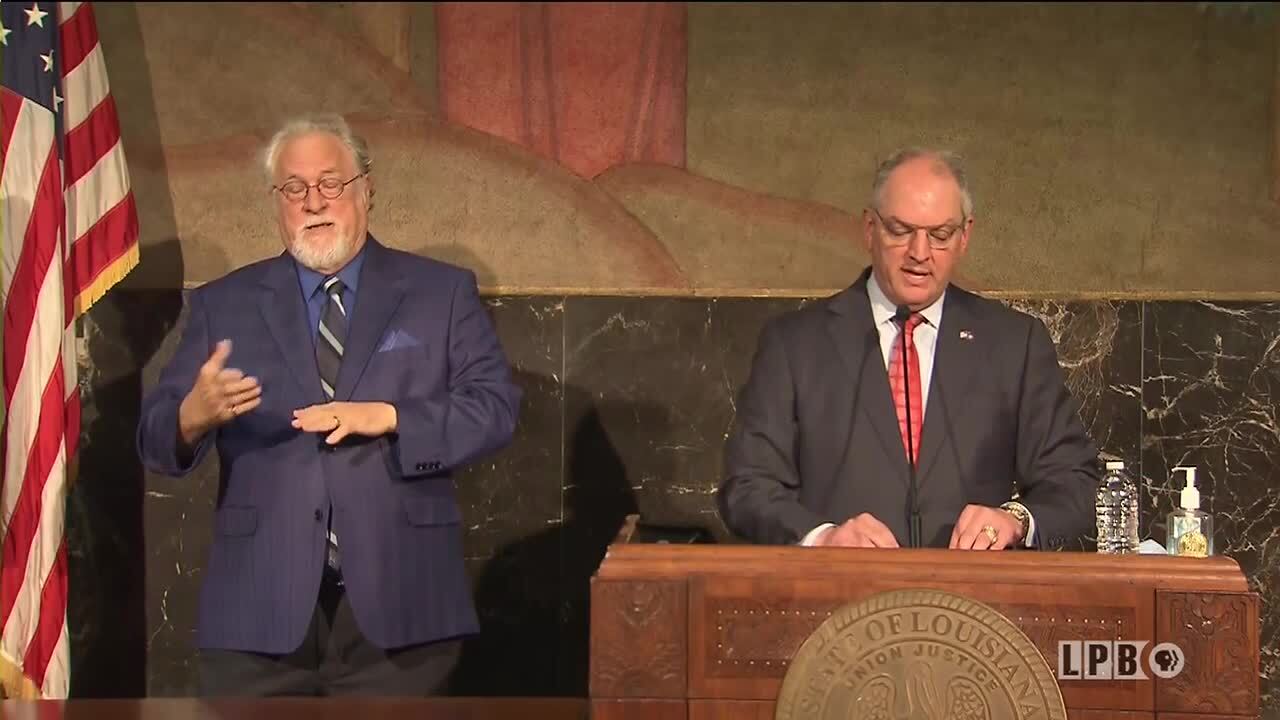 During the briefing, Edwards said that several areas of the state are showing signs of concern for the Louisiana Department of Health, particularly Regions 4, 5 and 6.

He added that there have been 4,200 new cases of COVID-19 in seven days and that most did not come from nursing homes and congregant settings, but were the result of community spread.

"There has been a lot of talk in the state and nationally about a second wave in the fall," Edwards said. "Right now, we are still in the first wave. Coronavirus has not left and is still present in every community in Lousisiana."

While showing data on the gating criteria for the state, Billioux said that Region 4 had shown a plateau in the number of cases, but now show a steep rise in cases.

"There are significant portions, especially in middle of state, where there are high number of positive cases," said Billioux.

He added that there are 10,000 active cases in the LDH data currently, which present the potential opportunity for someone to spread the virus to someone who has not had it before.

"We’re doing a better job of finding COVID in our communities," said Billioux. "More recently after a surge in testing is happening statewide, we see an increase in cases. We’re not just seeing an increase in testing, but more cases."

Billioux said that the percent of positive cases is on a continual downward trend according to state data, and that LDH is continuing to drill down on a regional level to see what may be causing cases to increase.

According to Edwards, it is true that they are testing a lot more people. The state's goal is 200,00 tests per month with 160,000 tests already administered for June.

Billioux also clarified reports that live music and entertainment have been added to the Phase 2 guidelines.

As of June 12, new guidance was released saying that indoor live entertainment may now be considered, but businesses will have to submit a written request.

Billioux said that live entertainment in general is not allowed in Phase 2.

As of Wednesday, June 17, there were 48,634 confirmed cases of coronavirus in Louisiana, with 2,950 deaths. There was no update on LDH number for Thursday, as all state data is being reviewed.

Edwards said that while there were no updates on Thursday's case count, there were 7 new deaths reported since Wednesday, bringing the total to 2,957. He added that this was an historically low number of daily deaths being reported.

Edwards said that he will hold another press conference early next week to announced his decision on whether the state will move into Phase 3 by June 26.

Watch the press conference below: