A fundraiser was held tonight at the Hilton to benefit the Ross Granger Memorial Fund.

“Dining on the Diamond” featured keynote speaker Brent Strom, pitching coach of the World Series champion Houston Astros, and a select group of MLB coaches and players, who were on hand to share stories of their time spent in the big leagues.

​There also were silent and live auctions during the event.

Granger was diagnosed with astrocytoma in his brain stem shortly after he graduated from Erath High School. He died 16 months later. He was valedictorian of his class, a leader among his peers, an athlete who excelled at baseball and football, and voted most likely to succeed by his classmates.

He was a member of Team Louisiana Baseball, and had signed to the LSU Eunice baseball program. 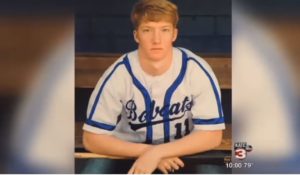 “During his illness, Ross devoted his time to speak with many youth groups and sports teams about the love of God, and the fortitude, commitment and dedication it takes to succeed at anything you do.  He devoted time speaking to athletic teams at ULL, LSUE, and St. Thomas More among others. His unwavering faith, courage, and strength were an inspiration to all who knew him,” the fund’s website states. “At Ross’s request, we have founded the Ross Granger Memorial Fund.  Ross’s wish was that we provide scholarships for students like him, who display character and leadership in academics, athletics and especially faith.  He also desired to raise money for his favorite charities , and to assist families of children who have similar diagnoses to his own.”

To read more about Ross and the fund, click here.