Anthony Jones, 41, of Patterson was arrested on Saturday for attempted escape and criminal damage to property. 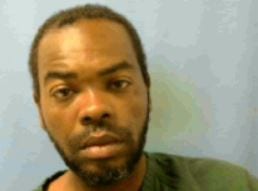 A corrections deputy alleges that Jones damaged a light fixture in his cell. Jones was placed in another room and subsequently attempted to escape from that room. Jones’ attempt was not successful and deputies kept him in custody.

Acadian Ambulance was called to give medical attention to Jones and after being medically cleared, Jones was booked on the charges of criminal damage to property and attempted escape.

“Because of the quick response of jail personnel and patrol deputies, the attempt was stopped almost immediately,” said Sheriff Smith.

Jones has been incarcerated at the St. Mary Parish Law Enforcement Center since September accused of first-degree robbery in connection with an August incident in Bayou Vista.