St. Martin Parish Sheriff’s deputies have arrested three people and are looking for a fourth in connection with the alleged rape of a juvenile.

Deputies say the suspects also videotaped the incident and distributed images of the victim via a social media app. The investigation began in August.

This month, deputies served warrants for three of the suspects, with the help of the Broussard Police Department and the Lafayette Parish Sheriff’s Office.

Dylan Chase Augilliard, 23, of Broussard. He was booked with production of child pornography and rape. He was arrested earlier this month.

Annick Angelique Hebert, 19, of Lafayette. She was booked with production of child pornography and contributing to the delinquency of juveniles via sexually immoral acts. She was arrested last week. 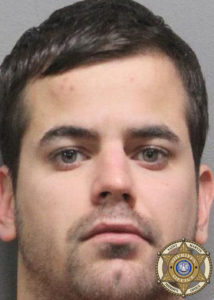 Investigators are still seeking Drew James Chaisson, 22, of Breaux Bridge. He is wanted for production of child pornography and third-degree rape.