One of the attorneys is Walter Glenn Soileau, who already is facing accusations he was running a brothel out of a local motel. His law license is currently suspended, Louisiana Bar Association records show.

The other attorney is Jacques Pierre Soileau, Soileau’s son.

The investigation began in August when a complaint was made by a local business that two employees were embezzling money.

Investigators found that two suspects, Kendra Duplechain Soileau, Glenn Soileau’s daughter-in-law and her husband, Glenn Soileau’s son Jean Soileau, allegedly were using a variety of schemes to funnel money into personal bank accounts. Jean Soileau is a part owner of the business; deputies say his ownership was less than 20 percent.

Additionally, investigators allege that Glenn and Jacques Soileau would use settlements from bodily injury claims to pay for services rendered directly to Jean Soileau instead of paying the company he was employed by. Several other undocumented transactions allegedly were conducted by Kendra Duplechain Soileau and Jean Soileau which resulted in the charges listed below.

This afternoon, Investigators with the St. Martin Parish Sheriff’s Office executed the warrants and the following persons were arrested and charged as follows:

The fourth suspect, Walter Glenn Soileau is being sought by Investigators with the St. Martin Parish Sheriff’s Office on the following outstanding warrants: 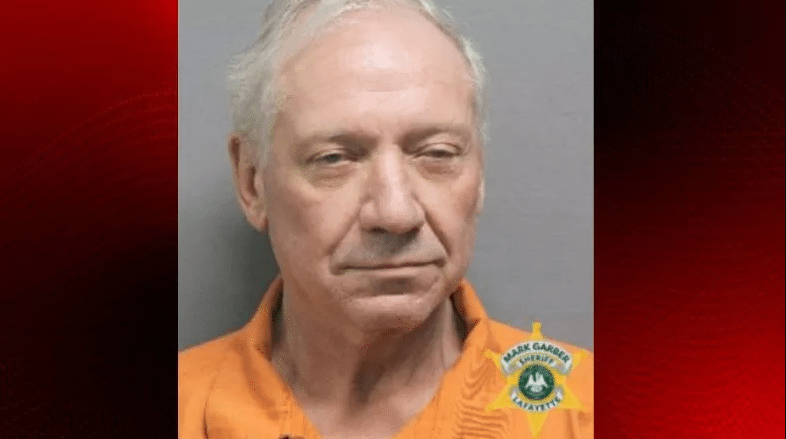 Following their arrests, they were booked into the St. Martin Parish Correctional Center on the above charges. This investigation remains ongoing.

Glenn Soileau was booked back in March by State Troopers, who accused him of pandering, prostitution, obstruction of justice and letting premises for prostitution. Troopers said he allegedly was overseeing drug sales and prostitution out of a local motel room.

Through a public records request, KATC Investigates learned the details of that arrest.

According to the initial complaint, State Police detectives received a tip that a local hotel room was being used to distribute narcotics and hire out prostitutes. Detectives conducted an investigation and then got a search warrant for the hotel room, the report states. This happened back in December, the record states.

When the troopers entered the hotel to search the room, Soileau allegedly told the person who was running the operation to destroy evidence in the room, because troopers were spotted in the hotel. Detectives also learned that Soileau was paying for the room being used for the illegal operation, and that he was involved in the criminal activities, Troopers allege.

Soileau has been charged with crimes in the past.

Court records show that Soileau, who once served as a city judge, has federal convictions in 1987 and 1997 for violation of migratory bird acts. He was suspended from the practice of law for two years for the latter conviction, with one year suspended.

While he was a Breaux Bridge City Judge, Soileau was suspended from the bench for six months, without pay, after a judiciary commission hearing on his conduct, court records show.

During the hearing, evidence was presented that Soileau was arrested in 1986 at the Crawfish Festival after getting into a scuffle with law enforcement. According to testimony, Soileau was riding a three-wheeler at the festival, and when a law enforcement officer told him he couldn’t do that he said he could do what he wanted because he “owned the goddamn town.” In another instance, a few years prior, he was accused of getting into a fight at a bar over a pool game, and telling the law enforcement officer who responded that nothing could be done against him because he “ran the town.”

The commission also heard evidence that, while he was a sitting judge, Soileau filed a civil suit in his own court, and issued a bench warrant for the estranged husband of one of his clients.