The Louisiana State Firemen’s Association presented the Award of Valor to the firefighter who rescued a pregnant woman from a burning vehicle on I-10. 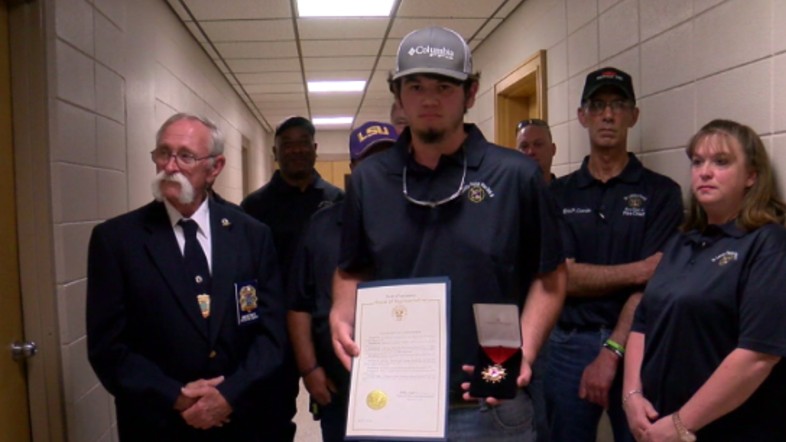 Connor Manuel made headlines in March after he jumped into action to save the pregnant woman from her burning vehicle. That woman, Alfrelisha Thibeaux, took to Facebook following the incident to share her thanks for Manuel’s quick action.

Thibeaux said that she noticed her car having trouble and pulled over to wait for her fiance. At the time, a fire had started somewhere under the vehicle.

While traveling down I-10 East, Manuel said he noticed the car emitting heavy smoke and knew he needed to alert the woman inside to the possible danger.

“You’re a long way from home and you just stop and pull someone out of a vehicle, that’s above and beyond what we normally do you know. Every day we try to save peoples lives and we do the best that we can but this was one of those situations that was just above and beyond,” LSFA Secretary Dwayne J Thevis said.

Read more: Man who helped save pregnant woman from I-10 vehicle fire identified

Woman rescued from I-10 vehicle fire reunited with rescuer 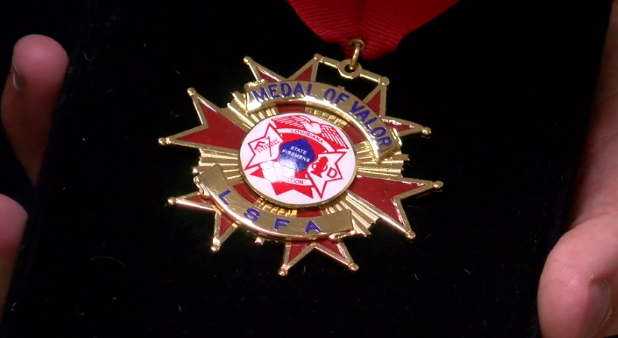 The Louisiana State Firemen’s Association says that this is the first time this award will be presented. The Award of Valor was created last year and is presented to any firefighter who goes above and beyond the normal call of duty, according to LSFA.

Manuel was awarded at the Eunice City Council Meeting at 6:30 pm.

He will also be recognized during the LSFA 114th Annual Conference in New Orleans later this year.