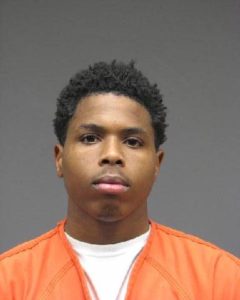 OPELOUSAS– UPDATE: A man wanted for a Saturday afternoon shooting in Opelousas that left one person critically injured has turned himself in.

Police say Marcus Chenier, 21, shot the victim after an argument.

The shooting happened around 3 p.m. at the dead end of Herman Street.

Chenier was booked into the St. Landry Parish Jail with attempted murder, felon in possession of a firearm, and illegal use of weapons and dangerous instrumentalities.