The Scott Fire Department says the I-10 exit in Scott is now open following a crash Saturday morning.

At around 10:00 am Saturday, crews were at the scene of a major vehicle accident involving a what they say was a tractor-trailer at the eastbound exit ramp of I-10. 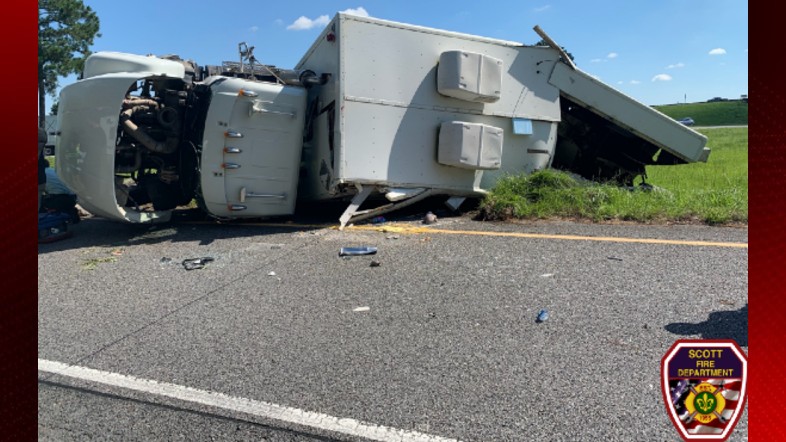 Fire officials say the driver was able to safely exit the vehicle after the incident. According to Fire Cheif Chad Sonnier, the box trailer contained electric blasting caps, a class 1 explosive. Officials say the caps are utilized in oil field operations for seismic acquisition.

As a precaution, the eastbound exit ramp of I-10 in Scott (97) was closed.

The scene was under control quickly but people were asked to stay clear of the area.