Woodvale Elementary is getting a little bit bigger.

The school, located on Leon Drive in Lafayette, held a groundbreaking Friday on an upcoming addition to the campus. Woodvale will be adding a new wing to the school.

The school is set to celebrate 50th anniversary and officials say that the school is approaching 700 students. It was originally built for considerably fewer students

LPSS Superintendent Donald Aguillard says that ten temporary buildings are on location and this wing addition will replace those buildings. This new wing is one of six wings that are being built at schools in the parish.

Monique Vidos, Principal at Woodvale says the addition will be a benefit to students and staff. The portable buildings make cohesive learning harder and the new wing will keep students and faculty safe from weather and other factors.

Once the temporary buildings are out of the way, Vidos says that they hope to make changes to the school including administrative wings, library expansion and cafeteria upgrade.

“We have to address the core service of the schools in the parish,” Aguillard said. Ridge and Evangeline Elementary will be holding ribbon cuttings later this year on construction projects.

$6 million dollar project with $5 million going to construction. Aguillard says the school board has put together funds to help get this project off the ground.

The building is expected to be completed in August of 2020.

“A step in the right direction,”  Vidos said. 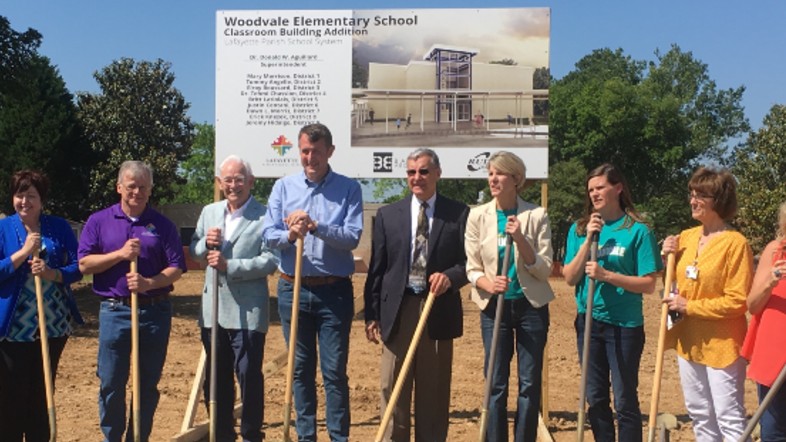