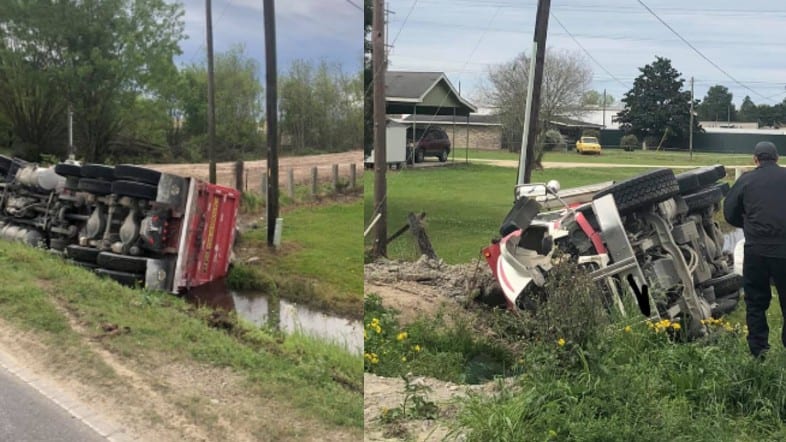 Scott Police Chief Chad Leger says that La Hwy 93 between Rue Bon Secours and the I-10 Westbound Exit/On-Ramp will be closed until further notice due to an overturned 18-wheeler.

The 18-wheeler was carrying a large amount of dirt that will take several hours to clean before the roadway can be reopened.

Photos from the Scott Fire Department show the vehicle appears to be a dump truck. The vehicle has overturned on the side of the roadway and must be removed.

Passersby say there is very little dirt on the roadway.

Motorists are advised to use alternate routes until the cleanup process has been completed. 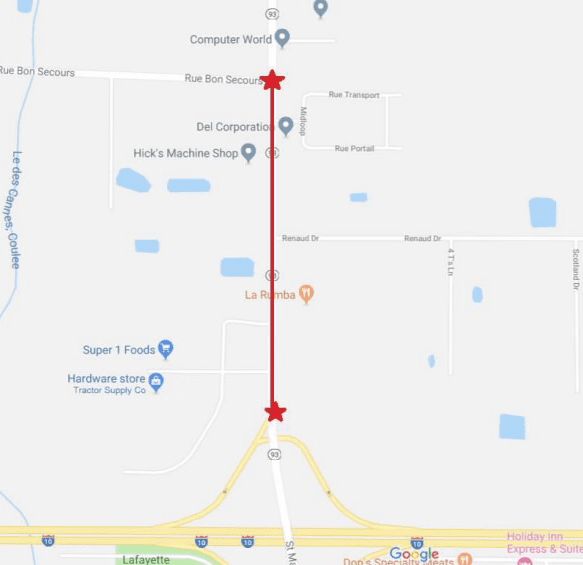