Chief Rickey Boudreaux was back in the office Wednesday, just as he said he would be because “you can’t hurt Superman.”

Youngsville Mayor Ken Ritter took a snap of Boudreaux decked out in his supports early Wednesday morning, standing tall, with a smile on his face.

“Back at it first thing this morning. I couldn’t keep him away even though I tried to have this meeting without him,” Ritter said in the post. 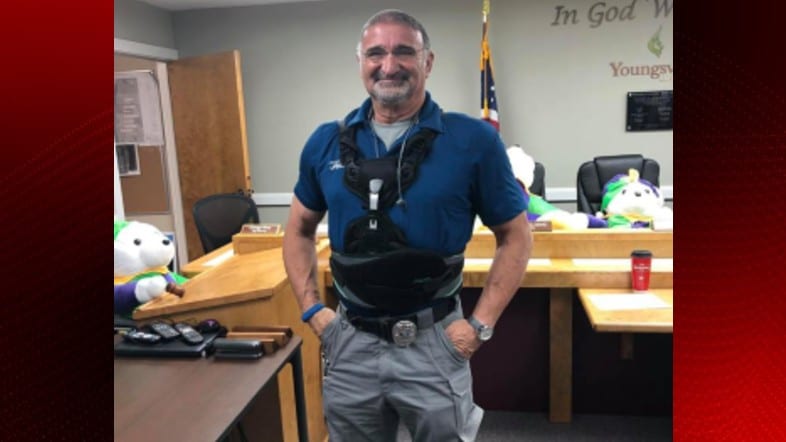 Boudreaux spoke with KATC on Monday following a crash that left his back fractured. He told reporter Justice Henderson that he would be back to work on Wednesday and through the week but only a few hours.

He will undergo surgery.

The crash occurred on Sunday in Church Point when Boudreaux was headed to a Mardi Gras parade to assist.

“I’m going to be fine, I’m going to recover, I heal quickly. I’m going to listen to what the doctors say for the most part, and I want to go back to work,” Boudreaux told KATC.