Duson Police have announced that they have arrested five in connection with more than $1 million in thefts from an oilfield yard.

The five men – and another who is wanted – are accused of working together to steal copper from offshore generators and sell it, said Duson Chief Kip Judice.

Oakley Bourque 44 of Scott;  Joshua Menard 28 of Duson;  Shane Pomier 47 of Scott; Johnny Pomier of Scott and Marcus Roger 51 of Duson were each booked into the Acadia Parish jail with the highest level of felony theft in Louisiana law, felony theft in excess of $25,000. Their bonds are set at $100,000 each. 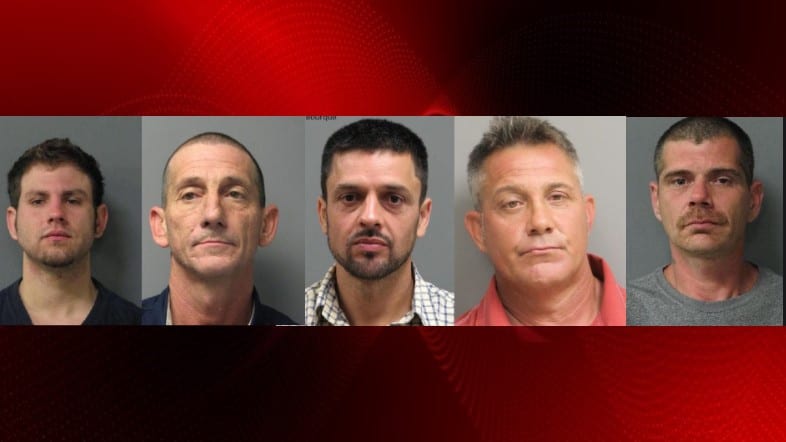 The organizer, who still is being sought by police, is accused of using his contractor’s license to bypass state regulations overseeing copper sales, and also of providing thieves with night-vision equipment and radio equipment so they could listen in on local police and avoid capture, Judice said.

His name is Lloyd Newby, and he has a Louisiana contractor’s license and a criminal record, Judice said.

Newby, 52, has a last known address in Duson. He’s wanted on warrants for conspiracy to commit theft, and Duson Police are actively conducting a nationwide manhunt. If anyone has information on his whereabouts, they’re asked to call police.

Judice said the investigation involves thefts from the Texas line to Baton Rouge along I-10, and from Opelousas to Houma along U.S. 90. It began in June 2018, with the most recent theft attributed to the ring happening on Valentine’s Day.

Duson’s announcement comes one day after a similar case was announced in Broussard. The oilfield company in both cases is the same. Judice tells us that the two cases may dovetail in the future. In that case, two men were arrested and accused of stealing copper wire from an oilfield yard. Between the wire and the damage done in removing it, the losses to the company were around $250,000, Broussard Police said. In that case, police said they were working with other area agencies on the continuing investigation.