UPDATE: The Coroner’s Office has determined that Thibodeaux’s death was due to accidental drowning. Officials say that no foul play has been found in his death.

Thibodeaux’s body was found on Tuesday in the Vermilion River near his home on Wilderness Trail. He was positively identified by the Lafayette Parish Sheriff’s Office and the Coroner’s Office on Wednesday morning.

Thibodeaux went missing from the area on December 7. 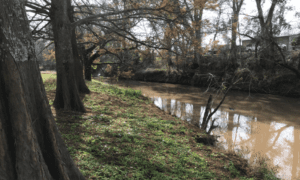 The sheriff’s office says they could not confirm yesterday if the body belonged to Thibodeaux. The body was found Tuesday morning when a unit was patrolling near his residence.