New FEMA flood maps are going into effect in December, and some homeowners in Lafayette are now just learning they need to make changes when it comes to their insurance.

Some living in the Fox Chase neighborhood in Lafayette are getting letters from Lafayette Consolidated Government, informing them they need flood insurance.

Part of the neighborhood was already under a flood zone before the new maps were released. Now, the majority of the neighborhood will be in that flood zone. That means people who are not already insured will have to have mandatory flood insurance. Some residents, like Morman Armstrong, believe they should have a choice. Other say they have always be insured.

“I think it’s kind of pushy as far as demanding homeowners and those in the residency of Fox Chase to purchase flood insurance,” Armstrong said.

“It does flood out here. I’ve been out here and purchased my home in 1987, and now, I’m mortgage-free. So, I think it should be to the discretion of the homeowner whether or not he wants to take the risk, or if flood insurance would be applicable for us in this neighborhood,” he said.

According to the letter, if flood insurance is not purchased by the due date, the lender will “force place” a policy, which is usually more expensive.

Other people in the neighborhood say they are seriously contemplating moving into an area where there isn’t a flood zone. 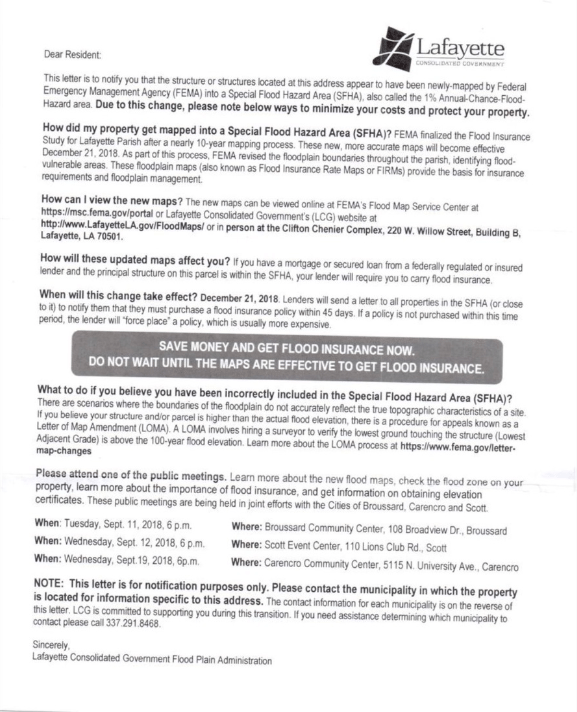