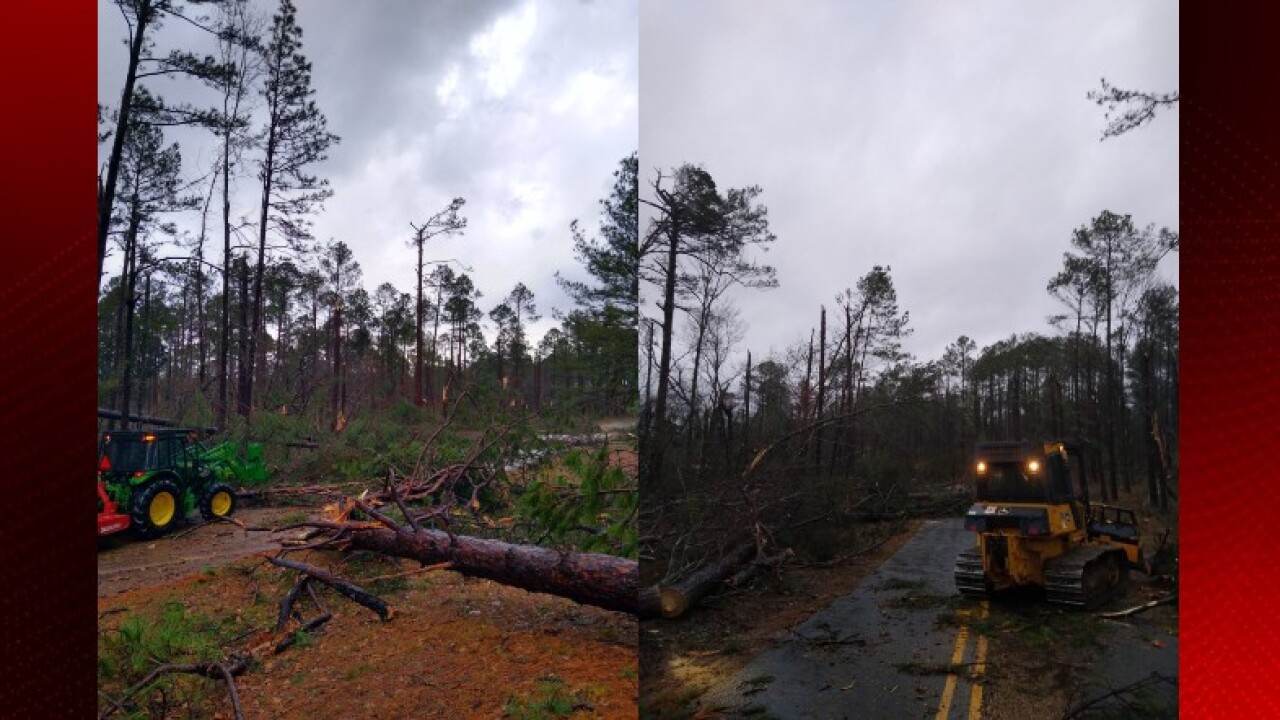 PINEVILLE, La. — The U.S. Department of Agriculture Forest Service has announced that the Kisatchie National Forest will reopen to hunting, boating and dispersed camping after a two-week closure to assess damage from Hurricane Laura.

According to a release, the Caney Ranger District in North Louisiana, which was largely unaffected by Hurricane Laura, remains open and available for most public uses.

However, the rest of the Kisatchie National Forest (KNF) was severely damaged by Hurricane Laura. Four of the five ranger districts of the KNF received some damage with the Vernon Parish portion of the Calcasieu Ranger District receiving the heaviest damage.

“We have over 200,000 acres with trees on the ground,” said Forest Supervisor Lisa Lewis in the release. “To visualize just how much timber that is, if we could harvest all of the downed trees, stack them on 80-foot-long log trucks, align the trucks end to end, they would reach from New Orleans to Glacier National Park, approximately 2,370 miles."

Money derived from selling timber from national forests is returned to the U.S. Treasury, and a portion of this money comes back to the KNF to fund its mission in caring for the land.

The release states that the KNF deer archery season opens Saturday, Sept. 19, in some areas of the forest, with squirrel season opening Oct. 3and deer gun season to soon follow.

The USDA Forest Service says that its Forest Health Protection unit is presently conducting hazard tree surveys of these areas. The improved recreation areas will not be re-opened until the surveys are complete and identified hazards have been removed.

The more primitive hunter camps are being evaluated straightaway and will be opened as soon as possible. Dispersed camping, which is done outside of a designated campground, in the general forest zone is allowed.

Most Kisatchie trails have trees across them. Hiking and biking trails will remain temporarily closed while damage is being assessed.