New Iberia street to be renamed after community leader

In New Iberia, a street is being renamed to honor a community leader.

Shot Street was originally named after the rows of shotgun houses. Now, it will be renamed Velma Lee Lane after Velma Perrodin.

District 2 Councilman Marlon Lewis has been working on renaming the street since several shotgun houses were removed.

Perrodin is a noted community leader and was named the Daily Iberian’s Citizen of the Year in 1995. 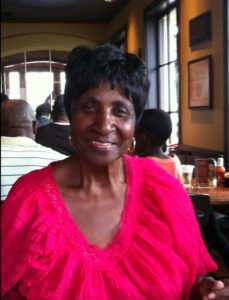 Her oldest daughter ZaZa said, “She was just a person that would go out in the neighborhood. She loved everyone.”

Perrodin lived with her six children and operated a daycare center on Shot Street. Over 47 years, she helped raise more than a thousand kids.

Kevin Perrodin, her oldest son, said, “I remember picking up kids at 5, 6 in the morning, blowing the horn, taking them here.”

Over the last few years, several shootings have occurred on Shot Street.

Councilman Lewis decided to rename the street.  Lewis said, “We just didn’t like the idea of Shot Street being correlated with the idea of shootings.”

Initially, the street was to be named after the oak trees lining the street. Lewis says they couldn’t because there were too many oak-affiliated streets in New Iberia.

Lewis said, “So, we had thought of the French spelling of Oak Tree Lane: Chene Arbre Way.”

However, residents decided the name should be after someone who has made a difference.

After several meetings, residents recognized that Velma Perrodin was worth honoring.

Lewis said, “I decided to go along with Ms. Velma Lee Perrodin’s name because she is deserving of that reward, if you will.”

Kevin Perrodin added, “It’s remarkable that they’re recognizing a woman who has done so much for the city. She’s just still living on.”