Some parents in Iberia Parish may have to look for different child care options for the summer. The school board says they will no longer offer their summer care program.

Superintendent Carey Laviolette says the program had to be canceled because there was no room left in the budget.

On Monday, February 11, 2019, a letter was sent out from the school board administration to principals and summer camp administrators, notifying them that the summer care program will no longer be offered. 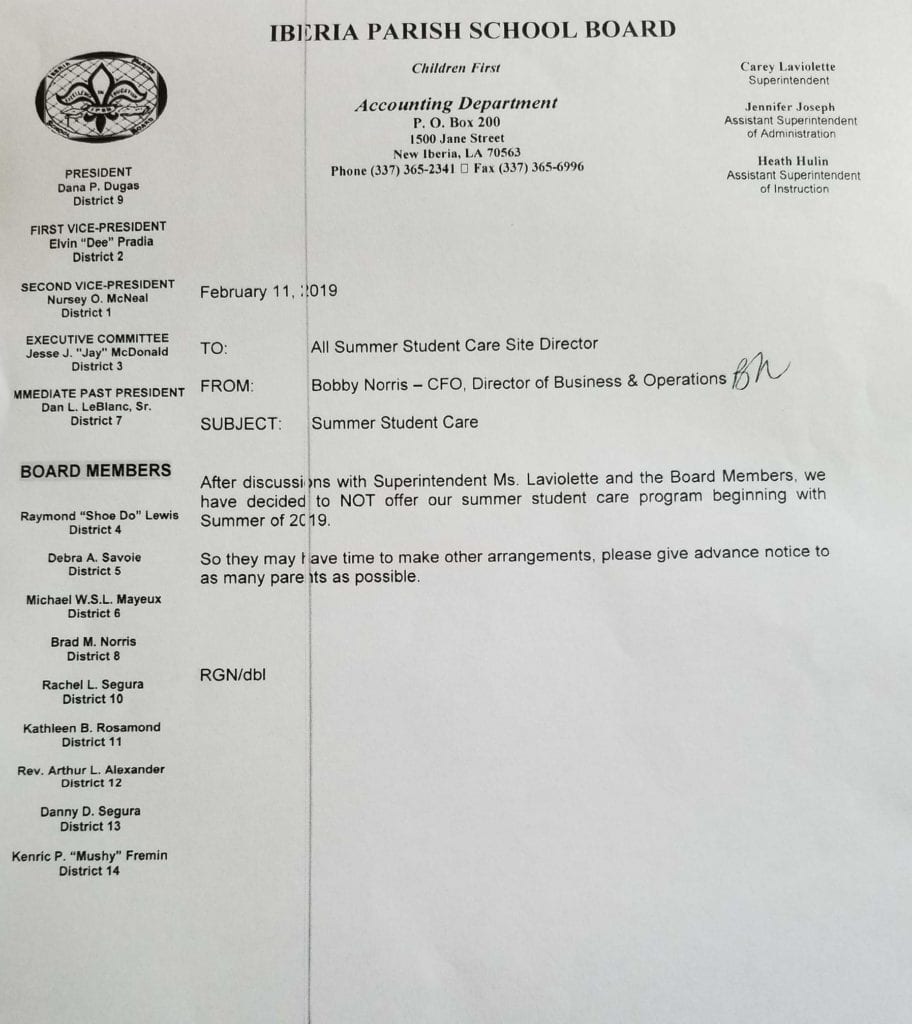 That change is starting at the end of this school year.

“It’s been operating for a number of years and its the service that the school system provides for parents, to help them. but over the years its been operating under a loss,” Laviolette said.

Laviolette says the decision was made by the administration and did not need to go to a board vote.
but some parents say this decision came as a surprise since it was not discussed or voted on in a board meeting.

“This was an administrative decision we’re always obligated as administration to make good decisions about the budget to ultimately present to the board,” Laviolette said.

Laviolette says at one point there were several summer campsites but over the years the number has dwindled down to only 3 because of budget cuts.

“We have been operating under a loss for the last few years. so when things are tough and there’s a budget crunch we have to look at ways to have a balanced budget. and this is one of the programs we’ve looked at since the fall,” Laviolette explained.

Parents told me this program was one of the most affordable summer care programs in the area and canceling it causes is a major concern for working parents who now need to find another option.

Laviolette hopes the three-month notice will give parents enough time to find another summer care service.