Police have identified the person who died and the suspect in last night’s shooting in Ville Platte. 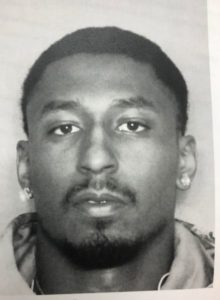 A man who came to the home with Williams also was shot, allegedly by Ardoin, the chief said. He was treated at a hospital Lafayette and according to a recent update, is in stable condition after surgery. He has been identified as a 30-year-old Ville Platte man.

Police were called to a home in the 700 block of East Wilson Street after shots were fired. When they arrived, someone shot at the officers, striking a police car, the chief said. The officers called for assistance and set up a perimeter.

Units from the Evangeline Parish Sheriff’s Office, Louisiana State Police, Pine Prairie Police Department and Chataignier Police Department responded to assist. Officers learned that another man had been shot and had left the scene to seek medical treatment.

The suspect continued shooting toward officers on the scene and officers from multiple agencies returned fire. After a standoff the suspect surrendered and was taken into custody shortly after 7:00 p.m.

Police found Williams’ body in the back yard with multiple wounds; she was pronounced dead at the scene.

Family members say they are still in disbelief. Williams’s cousin , Vontravious Joseph went to the scene as soon as he heard about the stand off .

“I went straight over there and i seen beaucoup cops everywhere. I heard the gunfire and seen when my cousin dropped,” Joseph said. He says Williams was trying to run away from Ardoin.

“As soon as she got out the back door he killed her,” Joseph said. Joseph says the family is leaning on each other to get through this difficult time.

“Now it’s going to be very hard but we have their back and we’re going to stay strong ,” Joseph said.

Last night, Lartigue told us that Ardoin is the former boyfriend of Williams; the injured man had come to the house with the victim to drop off a child, the chief said. The suspect was checked out at the scene by medical personnel before he was taken to jail, the chief said at that time.

Here’s our coverage from yesterday:

Last night, State Police issued a release stating they are investigating the exchange of gunfire between the officers and the suspects. Here’s their statement:

Shortly after 5:30 pm on April 7, 2019, Louisiana State Police Troop I was contacted by the Ville Platte Police Department to assist with the apprehension of a shooting suspect located in a residence in the 700 block of Wilson St.

Upon arrival to the residence, officers with the Pine Prairie Police Department, Evangeline Parish Sheriff’s Office, and Louisiana State Police encountered the suspect and exchanged gunfire. The suspect was taken into custody shortly after 7:00 pm. No officers were injured.

KATC’s Justice Henderson was on the scene, here’s her Facebook live from earlier Sunday evening: