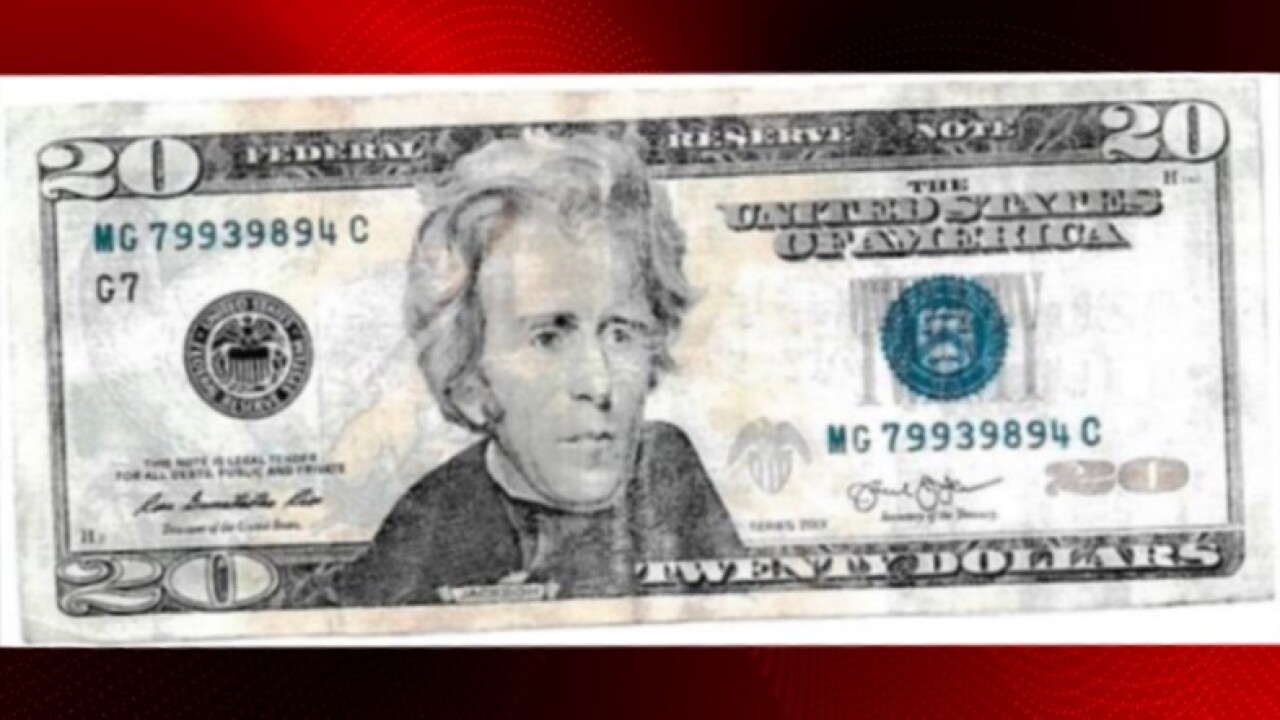 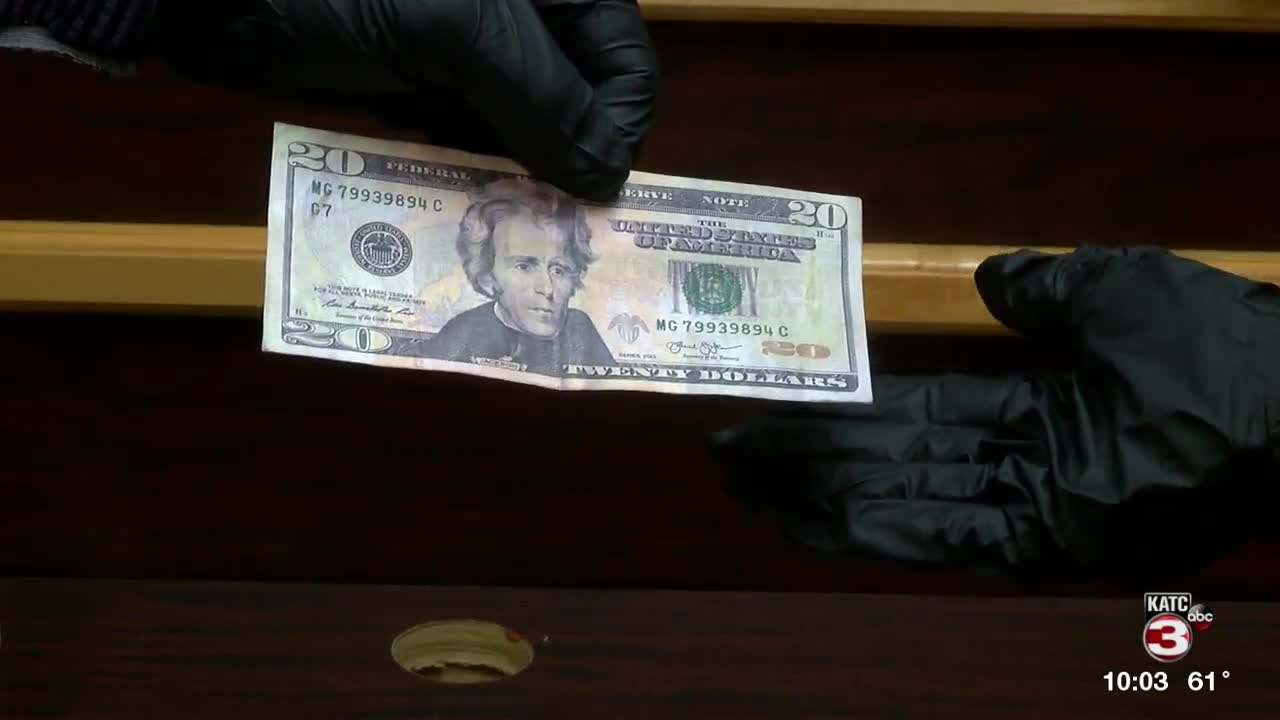 According to a release from Police Chief Kip Judice, multiple counterfeit $20 bills were used by a white male in his 40s at local truck stop casinos in the early morning hours of December 26. Video surveillance shows the man removing the counterfeit money from what appears to be a "very large stack of bills" in his truck.

"No one suspected them until the machine got them this morning" Judice said.

Police have recovered 14 bills with the same serial number: M7993984C. It is likely that more have been passed and not yet reported, the release states.

Below are photos of the counterfeit bills provided by Duson Police:

Judice fears the bills may have been used in other stores, but remain undetected.

"(Casinos) They're going to find out a lot sooner than your mom and pop place will. Your Mom and Pop are going to wait and deposit this next Monday,you know with their regular deposit. Then the bank will catch it. So we may not know for a week or days how hard he has hit the community" Judice said.

The public is urged to inspect $20 bills closely and contact Duson Police if they receive bills with the above serial number.