(PRESS RELEASE) Beginning May 25th, the Louisiana Wing of Civil Air Patrol (CAP) launched several flights to survey and photograph specific areas of the Morganza Floodway in the Atchafalaya River basin. The purpose of these flights is to obtain aerial imagery of the floodway infrastructure prior to opening the Morganza flood control structure. The photos were requested by the Governor’s Office of Homeland Security and Emergency Preparedness (GOHSEP) and delivered immediately to that agency for use by its damage assessment staff.

Primary targets of CAP’s flying photographers included areas already affected by flooding as well as specific reference points by which GOHSEP’S emergency managers can gauge actual water level rise in critical areas. The CAP mission will continue through June and may be extended if necessary.

CAP’s Incident Commander for the aerial photography mission is Lieutenant Colonel Paul Rappmundt, a native of Morgan City. He stated, “To date, we have provided GOHSEP with
approximately 500 aerial images of these areas along with pre-installation and progress photos of the Bayou Chene location where a barge will be sunk to help control flood waters.”

According to Rappmundt, CAP’s mission schedule will vary depending on the needs of GOHSEP and Parish OEC Directors “In addition to our initial runs last Saturday, our current schedule calls for both mid-flood and end-flood re-surveys of these same areas,” he said.

GOHSEP has used CAP’s airborne capabilities on several occasions in the past, including aerial photography and damage assessment in the aftermath of hurricanes, flooding events, and during the birth and formation of a sink hole in Assumption Parish. According to Guilbeaux, “Civil Air Patrol has proven to be a cost effective asset. The organization is made up of citizen volunteers
who have other real world jobs, and they donate their time to provide this service to us.” 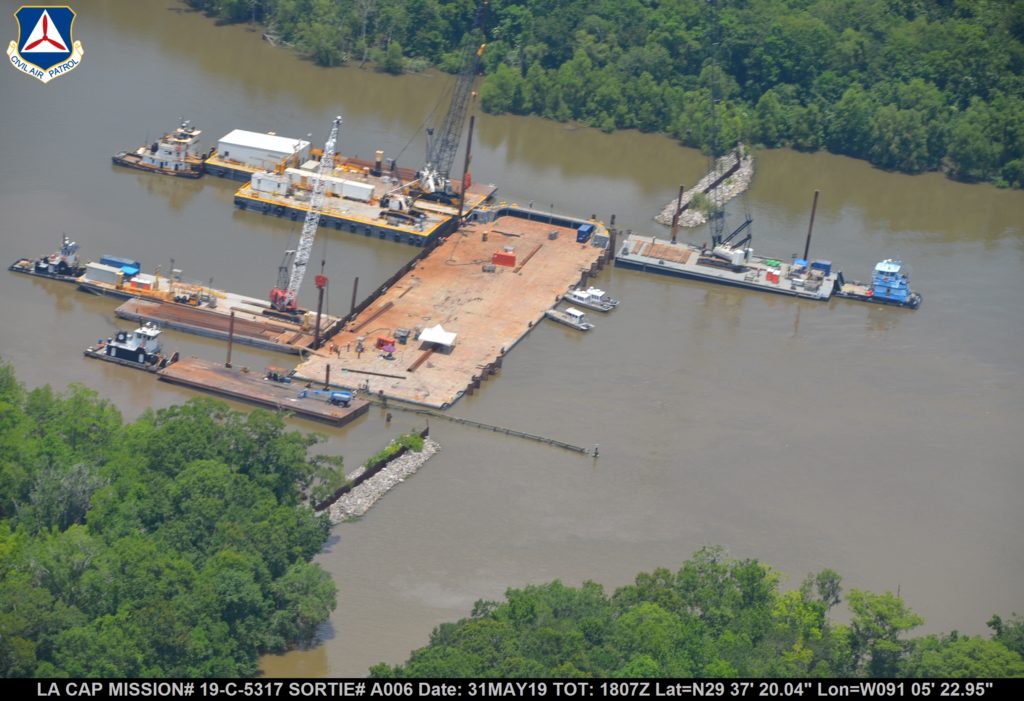