Before sunrise, and before the doors open at Lafayette’s VA clinic you’ll probably find Lester Boyer, 92, sitting on a bench outside. He’s not there for a checkup, instead he’s there to volunteer, and is eager as ever to do so.

“I’m here everyday except when it’s a holiday and they’re closed,” said Boyer. “I make the coffee for them, it’s a big thing for me.”

When the doors open, Boyer is typically the first one in, after all, coffee in the morning is a top priority.

“Let me get to my coffee stand,” he said as the doors open.

Inside the VA, the coffee counter is affectionately known as ‘Mr. Lester’s.’ Shortly after the clinic opens, the smell of coffee fills the lobby as Boyer gets to work.

For patients and staff alike, Mr. Lester’s is a popular destination first thing in the morning, but it might not have anything to do with caffeine.

“People come here because they’re not well, so when you come in and you see a smile and you can get a fresh cup of coffee after you’ve had your blood work done and a smile, it makes a world of difference,” said Cindy Hart with the VA.

Conversation and coffee both flow while Boyer is behind the counter.

“I know them, and they know me,” said Boyer.

A sense of service

For Boyer, volunteering at the clinic is just another call to service.

He was in the U.S. Air Force during World War II. It’s that military mentality that never went away.

“I feel good,” he said. “I’ve answered the call from my Lord to me. He’s helped me, and now he wants me to help them.”

When he’s not serving hot coffee, you might find Boyer outside the clinic welcoming patients and their families. At 92, he still loves to dance.

A few hours and a few carafes of coffee are all in a days work for Boyer. 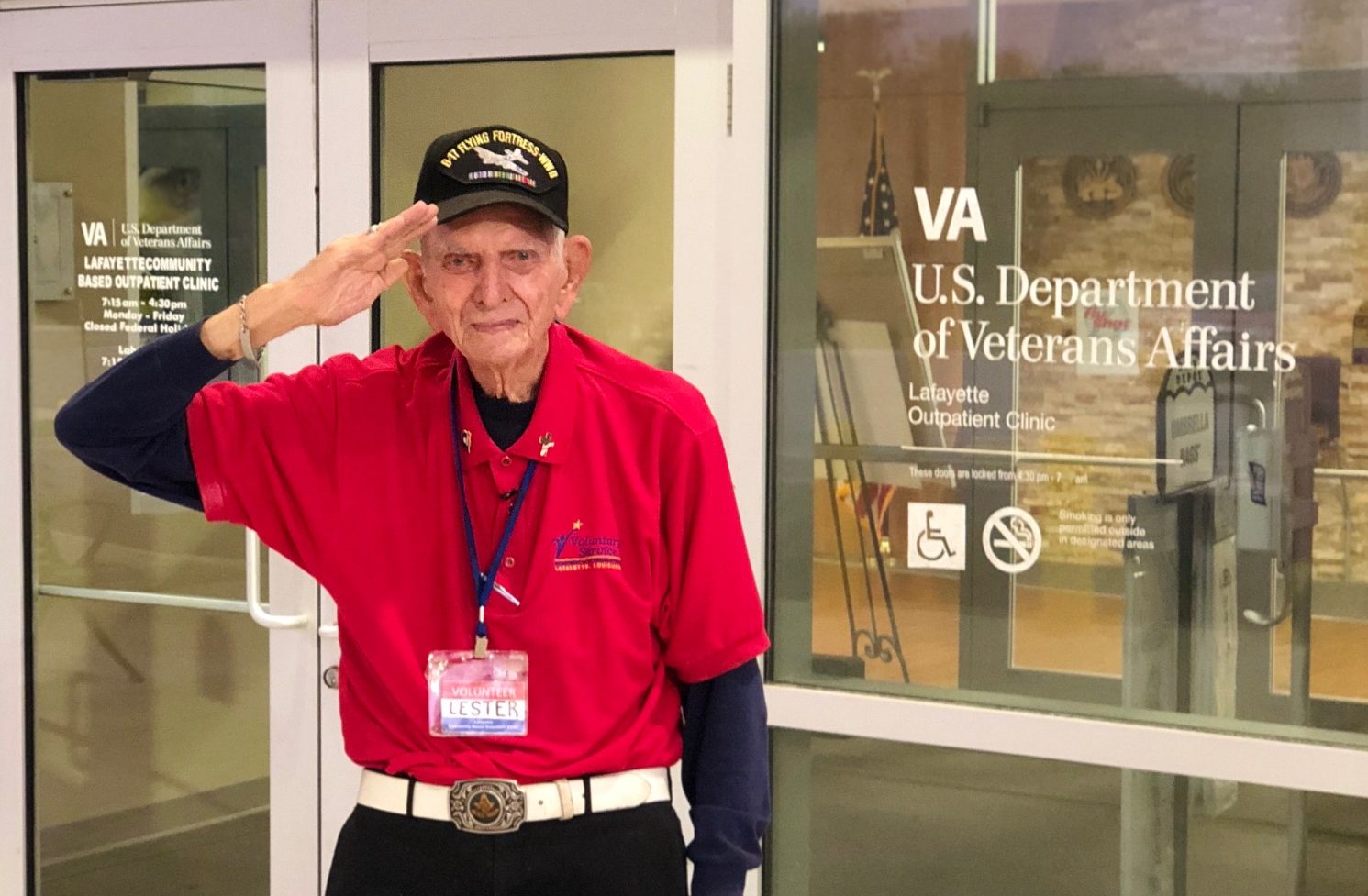 He hopes his service– past and present– will be an inspiration.

“When they see me, they might think ‘he can be an example, if he can do it and feels like he can do it, I want some of it,'” said Boyer.

He encourages anyone who can to volunteer with veterans. At 92, he has no intention of slowing down.

“I’ll keep doing it until my dying day,” said Boyer.

If you’d like to learn more about volunteer opportunities at Lafayette’s VA clinic, you can call Ms. Terro Celestine, Voluntary Care Specialist at (318) 466-2708