A relatively pleasant weekend is on tap for Acadiana with partly cloudy skies Saturday leaning toward mostly cloudy conditions on Sunday.

Expect another cool night across the area with temperatures dropping into the upper 40s to lower 50s. 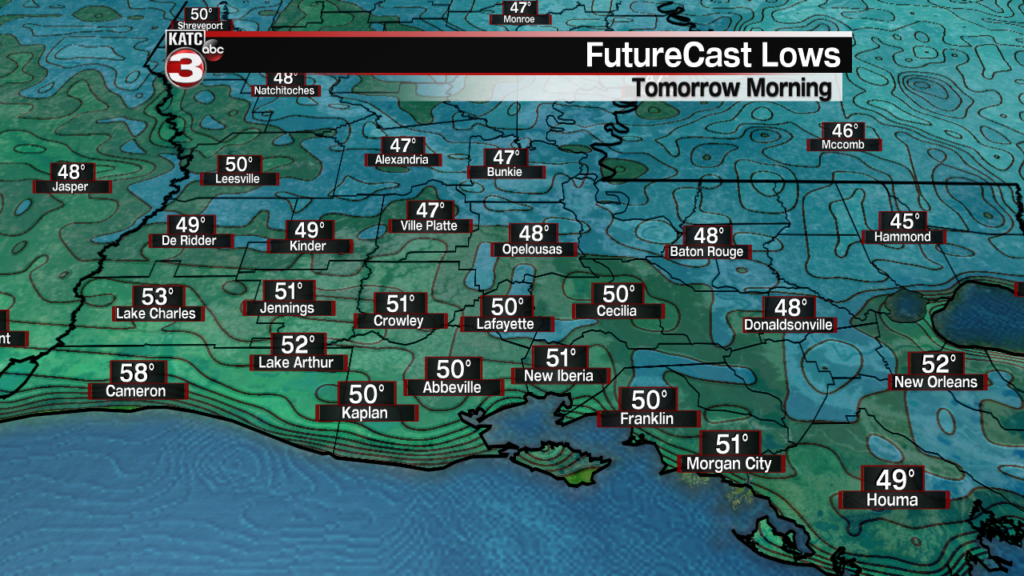 In addition, with temperatures reaching the dew points by morning courtesy of a light SE surface wind, there will be the risk of some patchy dense ground fog developing in spots by morning.

Expect partly to mostly cloudy skies during the midday hours Saturday with more sun as the afternoon wears on. 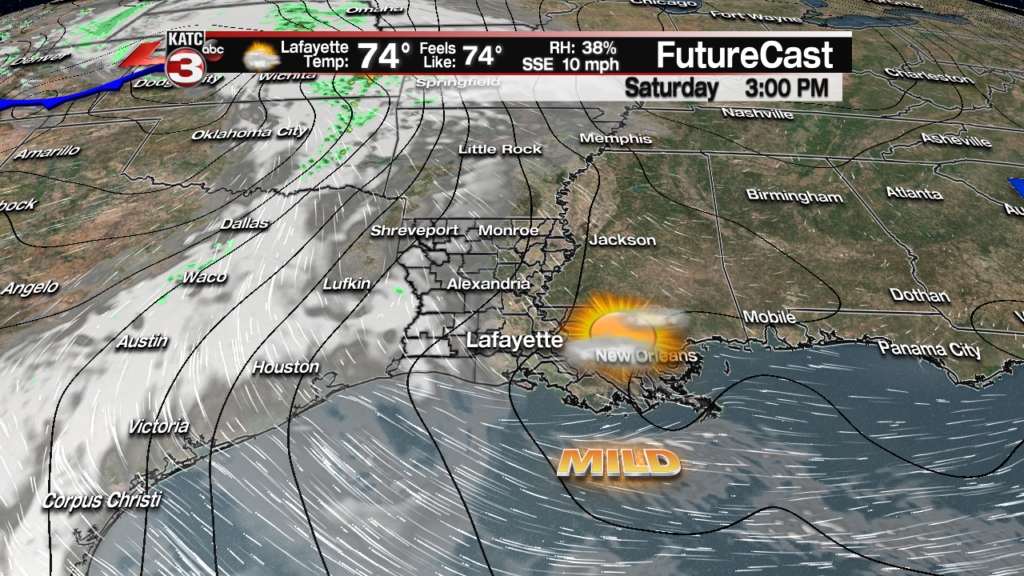 Temperatures, which have been outperforming the computer model guidance, should reach the upper 70s Saturday afternoon.

It won’t be as cool Saturday night into Sunday morning thanks to an established southerly flow coming from the Gulf of Mexico. Lows will be closer to the more “damp”, mid-upper 50s by Sunday morning. 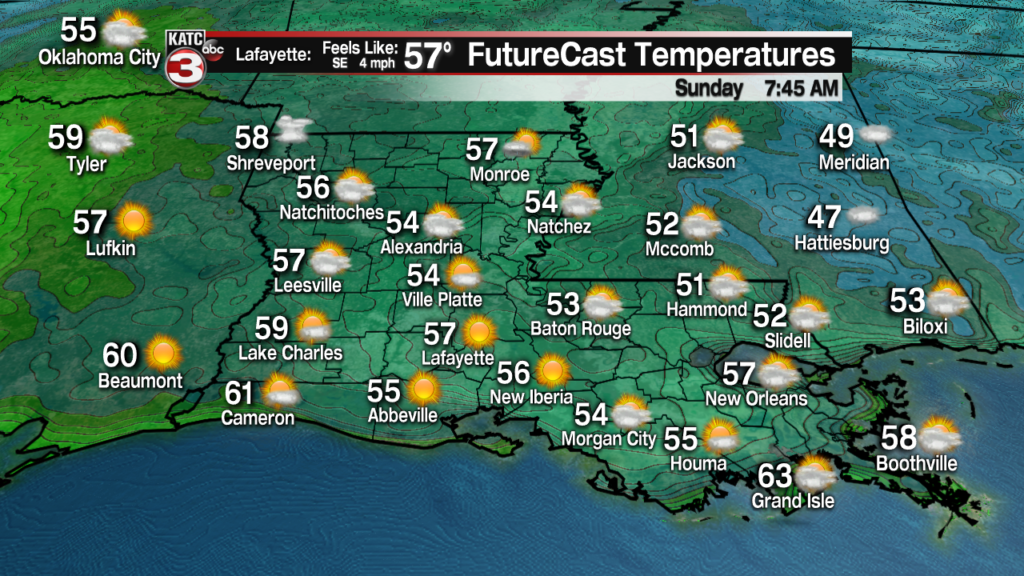 Sunday will bring more cloud cover with less intervals of sun, but it should still be a nice, breezy and seasonably mild/warm day with highs in the mid-upper 70s once again. 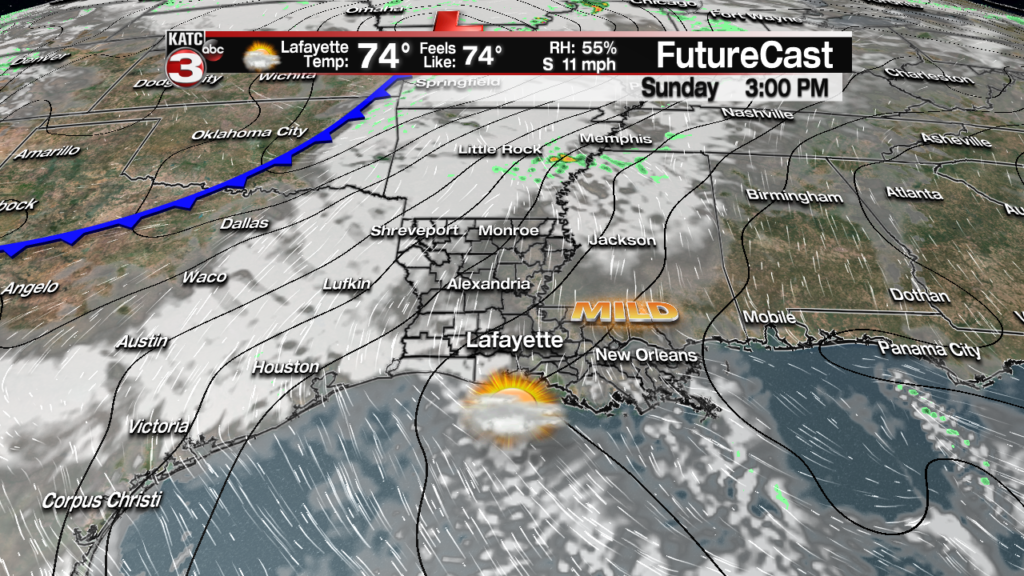 A frontal system will approach the area Monday likely generating some scattered showers and possibly a few thunderstorms, especially for the afternoon…but rain chances are not terribly high, near 40%.

Highs Monday before the front arrives could push into the lower 80s. 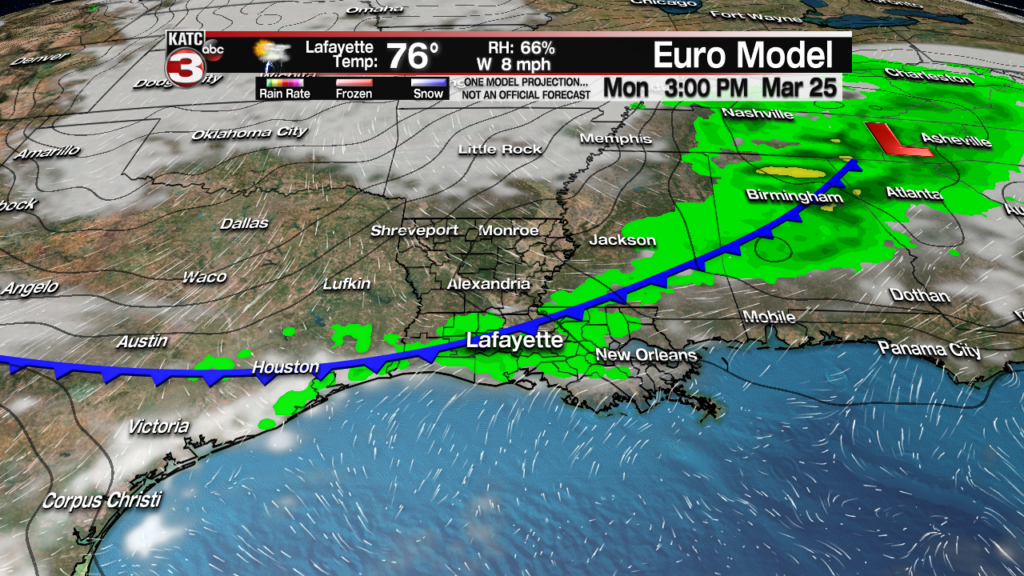 Breezy and cooler weather under mostly sunny skies is expected for Tuesday (highs in the upper 60s to lower 70s) with a another nice and sunny day anticipated for Wednesday.

Look for clouds to increase with temperatures warming late next week into the early following weekend.

Another front will approach the area next Saturday possibly allowing for scattered showers and thunderstorms for the latter part of the day.

Sharply cooler conditions may follow for the last day of the month, Sunday, with the possibility of chilly “overrunning” rains while temperatures may hold in the 50s!