UPDATE: One person is dead following a standoff at a Lafayette apartment complex early this morning.

Officers responded to a domestic disturbance at The Grove at Plantation at 4:44 a.m.

Upon their arrival, the victim told police her boyfriend was inside the apartment possibly with a weapon.

According to a police spokesperson, after several attempts, the victim’s boyfriend refused to exit the apartment to speak with officers.

The Lafayette SWAT Team and Crisis Negotiator Team then arrived on scene and attempted to make contact with him, but he remained barricaded inside, the spokesperson says.

After several hours of negotiations, a gunshot was heard from inside the apartment where the victim’s boyfriend was.

Officers then entered the apartment and found him dead from a self-inflicted gunshot wound.

The circumstances of the incident are still under investigation.

Police say the standoff at a Lafayette apartment complex has ended.

At this time, they won’t say what happened but that they would send out a press release.

A spokesperson for the police department referred to the incident as a “sensitive situation.”

A couple of buildings at The Grove at Plantation remain evacuated.

An apartment complex in Lafayette is being evacuated due to a standoff that began as a domestic dispute.

Police say it’s happening at 211 Republic Avenue, which is The Grove at Plantation. We have a crew en route. 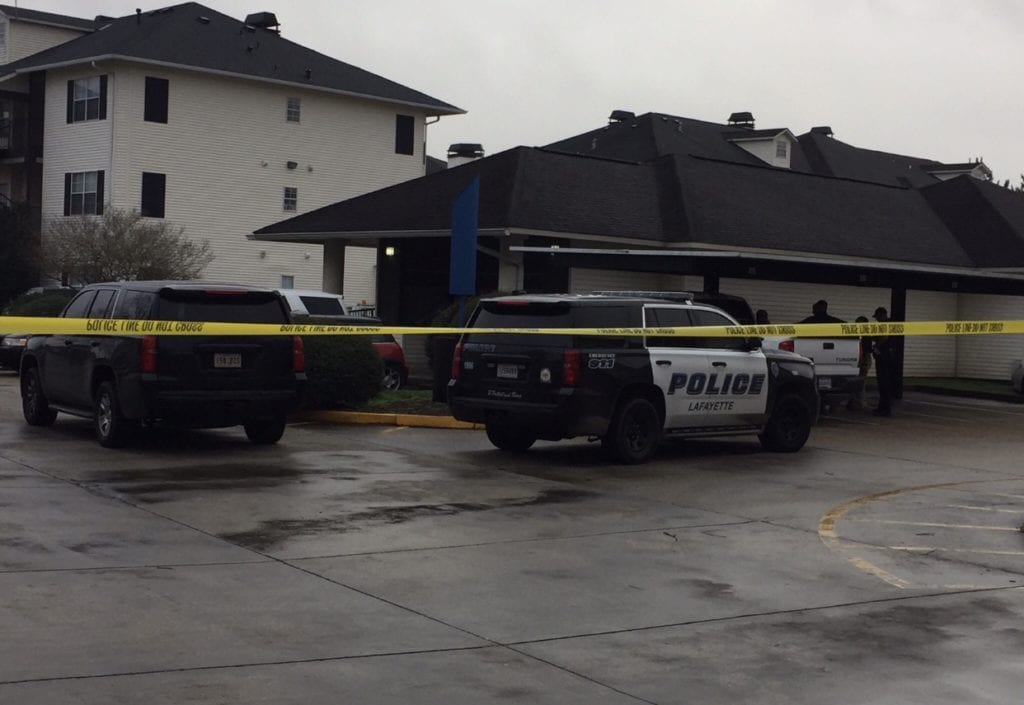