Arrest made in 1996 murder of Opelousas woman

The Opelousas Police Department says a man has been arrested in connection with a cold case involving the death of an Opelousas woman.

Officers say that in 1996, 29-year-old Melissa Thomas of Opelousas was found strangled to death in the Little Zion graveyard in the city. The case went cold for several years without any leads into her death. The case was reopened in 2009, and another investigation was conducted.

Since that investigation, police say a suspect has been identified. On November 9, police say that 78-year-old Samuel Little confessed in an interview, conducted by police, to Thomas’ killing. 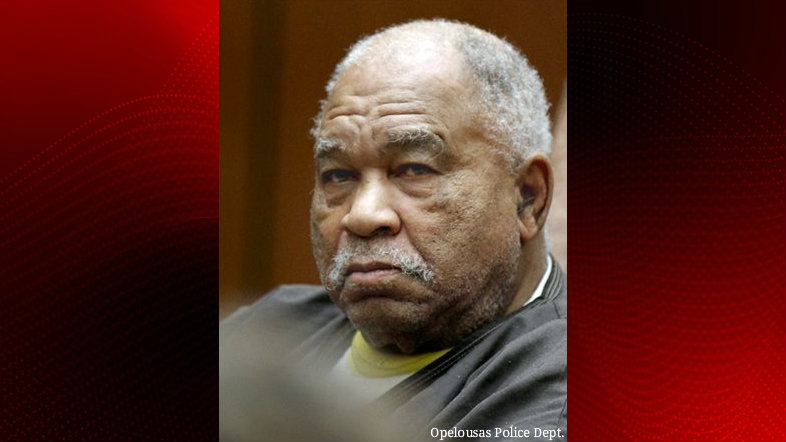 Little is currently in custody in Texas on multiple life sentences and is currently a suspect in multiple homicides.  Police say it has been a long 22-year process to finally obtain closure for the Thomas family.

Melissa Thomas’ family finally has the answers they’ve been seeking for two decades.

“It gets to a point where you just want to break and give up,” her sister Dr. Emma Thomas said. “I’ve learned that patience is of virtue.”

It’s patience that has taken decades for the Thomas family to finally get answers as to who killed their sister in 1996.

“It’s been 22 years now, and I just miss her like it was yesterday,” her brother Reginald Thomas said.

The case was reopened in 2009 when Melissa’s sister reached out to police.

This year, Opelousas police learned about Samuel Little after Texas police told them he had confessed to murders similar to Melissa’s.

“It’s just shocking to know that, that many people were murdered under one person,” Reginald said. “It took that long to catch this guy. It’s bitter but sweet. It still hurts. Words can’t explain. I just thank God that it’s done, and she’s at rest. She can rest, and my family can be at peace now.”

Melissa’s memory remains with her family who is still coping with her death.

“You learn to forgive,” Emma said. “It gives us the closure, but I still have questions as to why. It’s a scar that was open but won’t be a deep wound as it was.”

According to Houma Today, Police say that Richards confessed to the killings of two women in the Houma area. investigators say that Little admitted to killing Dorothy Richards of Gray in 1982 and Daisy McGuire in 1996 while he was living in the Schriever area.

DALLAS (AP) – A Texas prosecutor says a man convicted in three California murders but long suspected in dozens of deaths now claims he was involved in about 90 killings nationwide.

Ector County District Attorney Bobby Bland said Thursday that 78-year-old Samuel Little was charged this week in the 1994 death of a Texas woman. Bland says investigations are ongoing, but that Little has now provided details in more than 90 deaths nationwide dating to about 1970.

During Little’s 2014 trial in Los Angeles, prosecutors said Little was likely responsible for at least 40 killings since 1980. Authorities at the time were looking for possible links to deaths in Texas, Florida, Kentucky, Missouri, Louisiana, Texas, Georgia, Mississippi and Ohio.

In Texas, Bland says Little recently provided details that showed he was in Odessa when Denise Christie Brothers was last seen in 1994. Her body was found about a month later in a vacant lot.