A touch of Fall into the weekend

If you liked temperatures in the low to mid 60s Thursday morning, you are going to love temperatures dropping into the low-mid 50s for Friday morning! 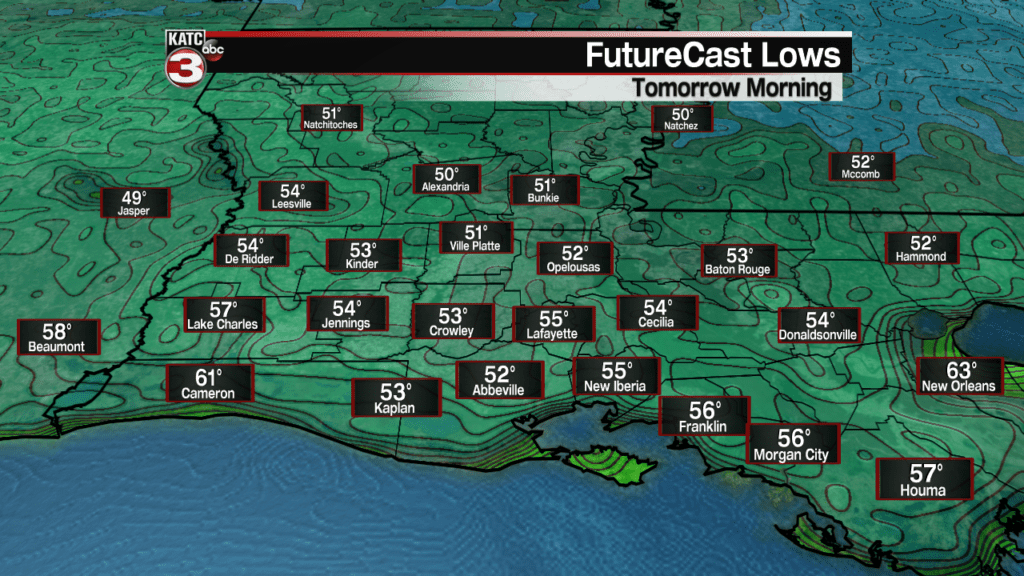 This will be the first time since the last week of April that we will see temperatures like this in Acadiana.

And after a cool start, look for a mild finish Friday afternoon, with temperatures topping out near 80. 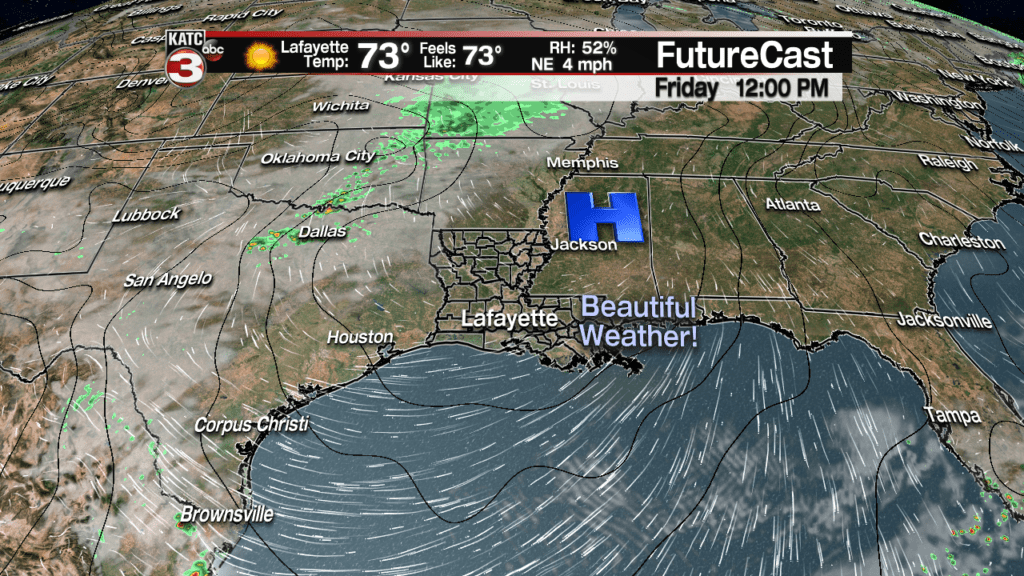 Temperatures and humidity will stay in the comfort zone Saturday but that should change Sunday as high pressure slides off to our east and allows a return flow from the Gulf of Mexico.

There might be an isolated shower pop-up Sunday afternoon, but for now, rain chances will be near 10%.

After the weekend, a frontal trough will move into the region allowing for the chance of scattered showers and storms Monday and lingering showers Tuesday.

Temperatures will cool to below normal after Monday and may stay much of the week, but there may be a fair bit of lingering cloud cover for much of the week…but with the fall-like temperatures anticipated, you may not notice that as much! 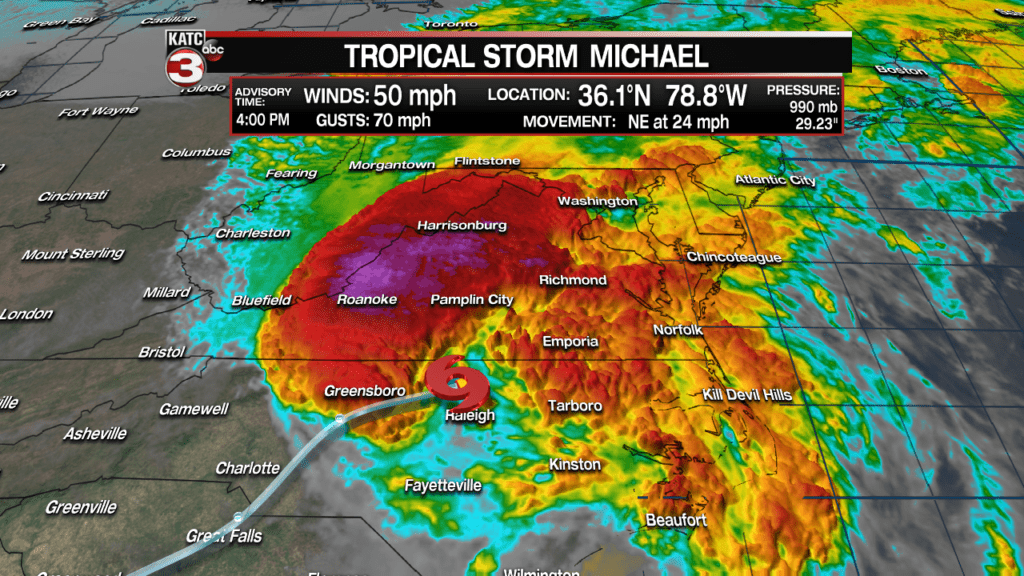 Fortunately this system will be moving out to sea by tomorrow…good riddance.

Elsewhere in the tropics, Hurricane Leslie continues to churn away in the Eastern Atlantic Ocean and may threaten the Canary Islands in a few days as a much lesser storm, while farther south, tropical Storm Nadine should dissipate in a few days. 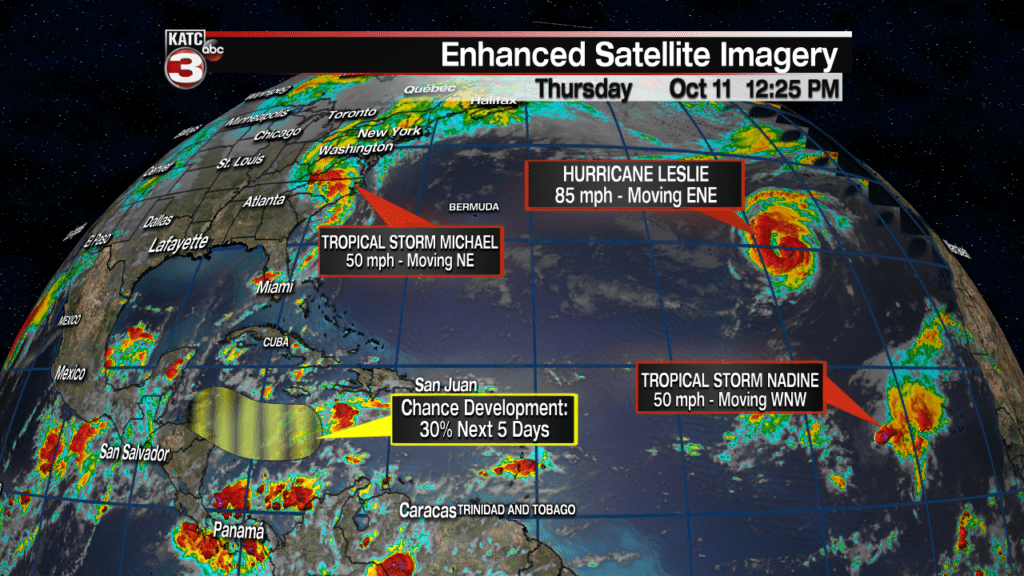 Closer to home in the Caribbean, per the National Hurricane Center…

This potential system does not pose a threat to the Northern Gulf of Mexico, but if it lingers in the Western Caribbean long enough, it could pose a more serious tropical threat to Central America and/or portions of Mexico beyond the 5 fay outlook period.