While the weekend won’t be a washout, tropical moisture will return to Acadiana manifesting in scattered, mainly afternoon, showers and thunderstorms.

Meanwhile, the National Hurricane Center (NHC) has continued to increase the chances, up to 70% as of Friday afternoon, that a tropical depression, and perhaps a tropical storm, may develop in the Gulf of Mexico into early next week.

In the near term, tropical moisture see on the satellite water vapor channel Friday afternoon will move into the area Saturday allowing for scattered showers and a few thunderstorms.

Activity, like it typically is this time of year should be relatively short-lived, but brief locally gusty winds, heavy downpours and lightning will be part of the equation.

Much of the same pattern should continue into Sunday.

Chance of getting wet by the rain shower activity this weekend should be in the 50% range Saturday and near 40% Sunday.

Look for highs this weekend to be closer to the upper 80s thanks to more clouds and their associated showers.

Rain chances should drop slightly Monday ahead of what should be a developing tropical cyclone in the Gulf of Mexico.

A broad area of low pressure over Central America near the Nicaragua/Honduras Border which is part of a larger tropical gyre that also spans into the Eastern Pacific. 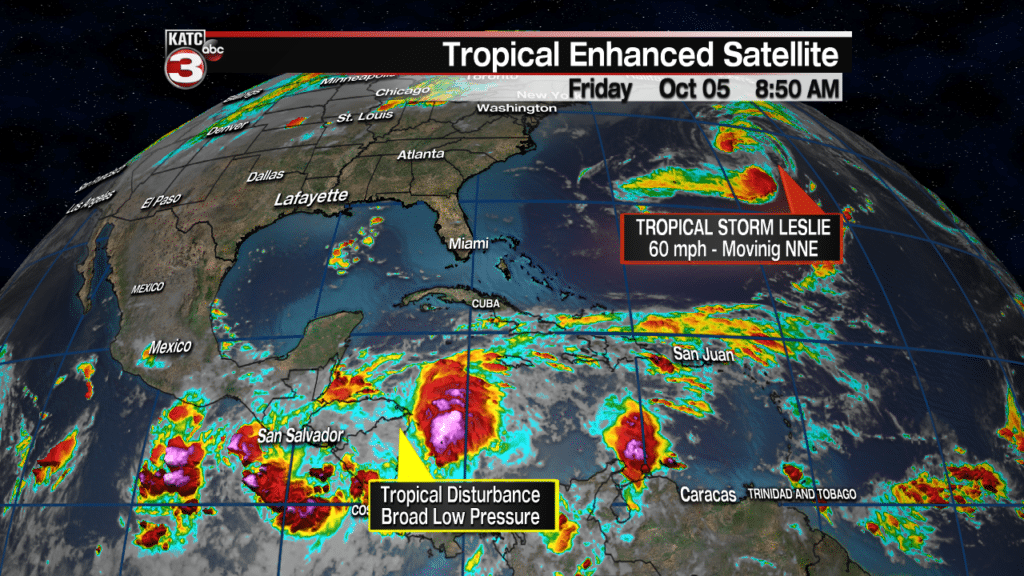 Computer models and the NHC continue to forecast that a definitive area of low pressure will emanate from this system by the end of the week or early next week somewhere in the Southern/Southeastern Gulf of Mexico near the Yucatan Peninsula.

The upper pattern going into next week will briefly keep a window open for development of a depression and/or tropical storm, but as the system gains northern latitude, it may begin to move a little more toward the northeast as it approaches the Gulf Coast mid-week.

At this point, the Euro and GFS Models agree on this overall scenario, with the Euro slightly weaker and more westward compared to the GFS Model which is a little stronger and a little farther east with the system come next Wednesday. 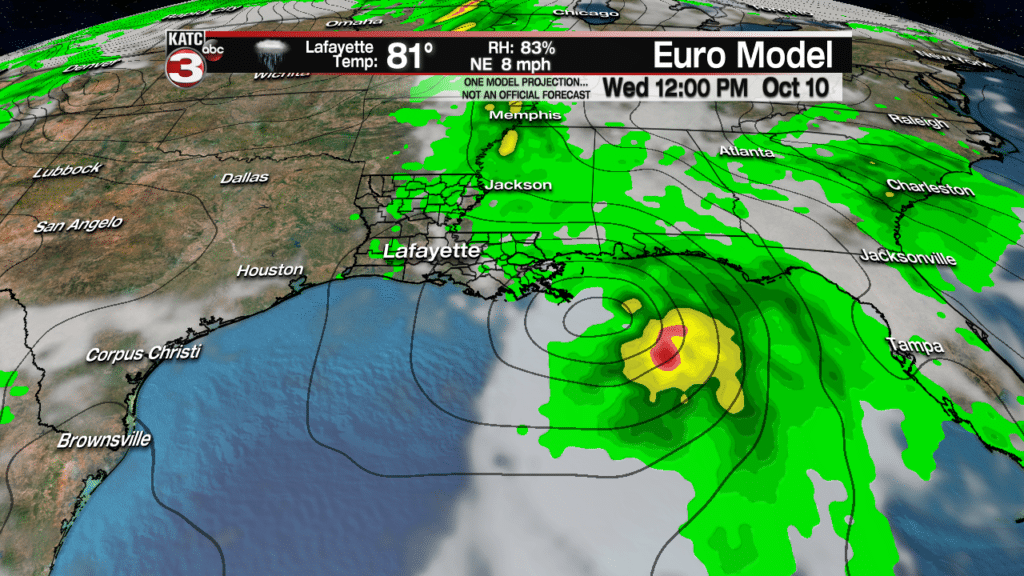 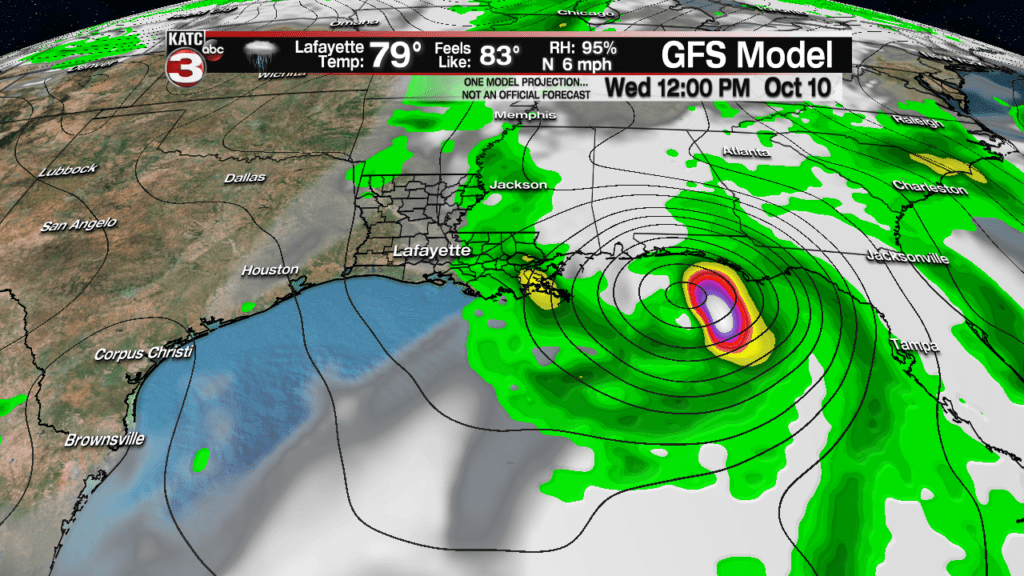 If the system acquires tropical storm characteristics, it will get the name “Michael”.

Given the current pattern, even with a more westward track of the system (per the Euro), it appears that the deepest moisture, and more than likely any disruptive tropical weather will be east of Acadiana. 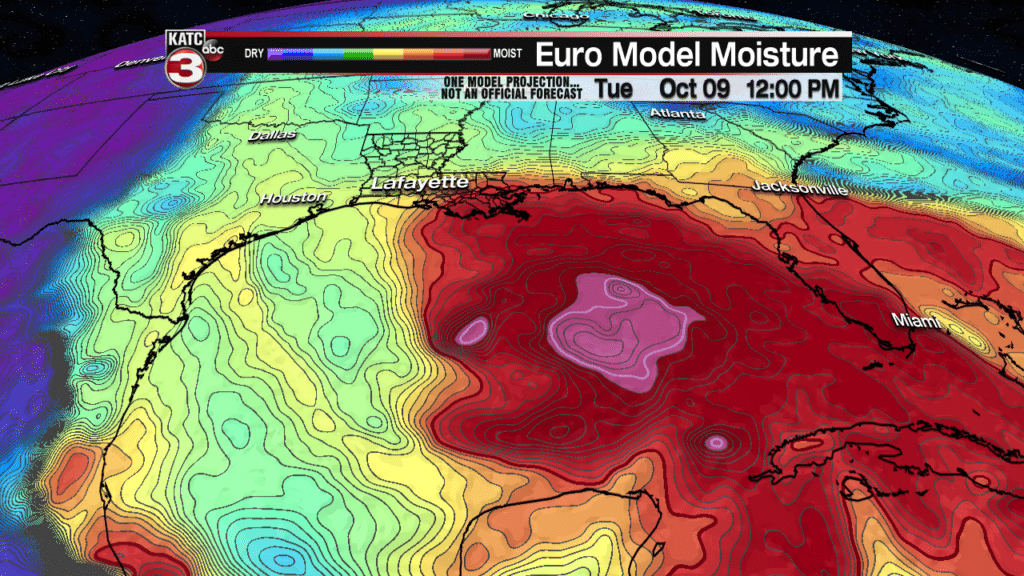 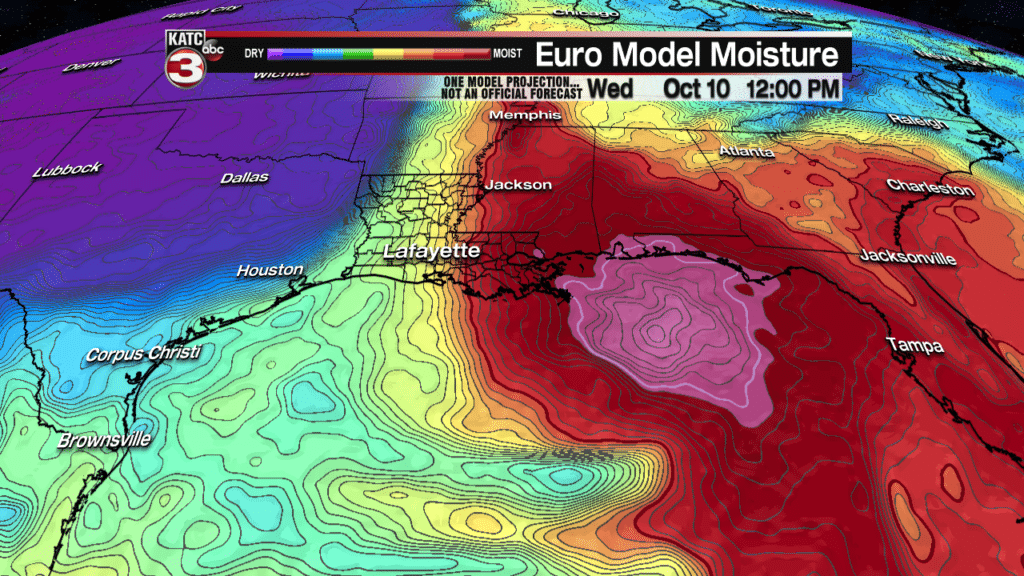 With that being said, stay apprised of developments over this weekend, especially if a definitive low develops farther west than is currently forecast.

The bonus of a possible tropical system east of our region, if following the European Model most especially, that drier more comfortable air, almost akin to a cool front could follow toward the end of the week into the following weekend.

See the latest 10 Day Forecast, and watch the latest FutureCast and European Model forecast for the latest.

And at this point offshore, there shouldn’t be any local issues other than breezier winds and building swells through next week.

But the eastern facing shores of Southeast Louisiana could see some minor coastal flooding developing Tuesday into Wednesday. 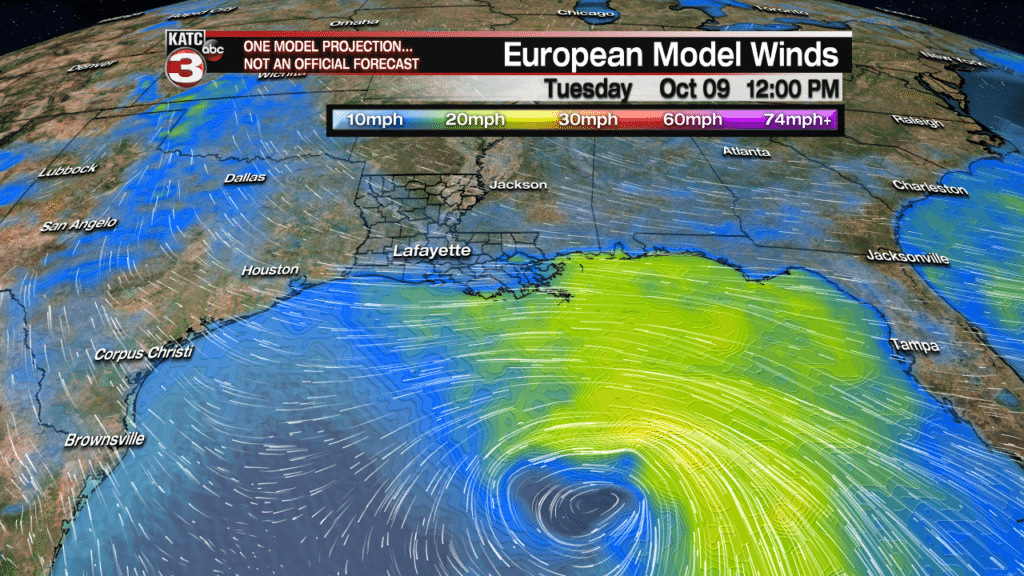 And as always, stay with KATC, katc.com and social media in case there is a fundamental change to Friday’s forecast thinking.