Some tropical showers locally while rest of tropics now even busier

While Acadiana can expect scattered, primarily afternoon tropical showers and thunderstorms over the next few days, fortunately there will be little or no direct impacts from a disturbance moving through the Gulf of Mexico. 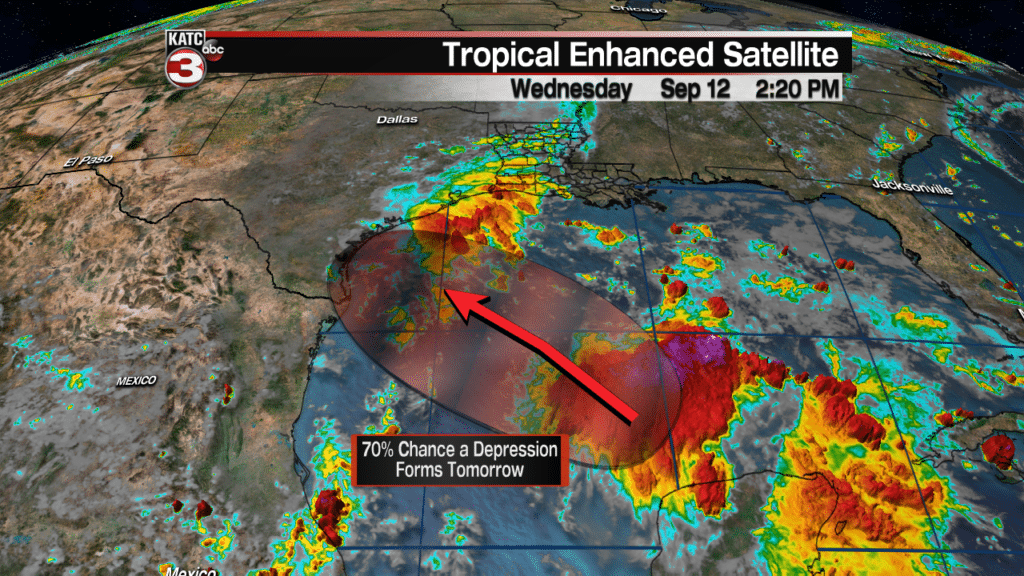 The National Hurricane Center (NHC) continues to track the Gulf disturbance along with hurricanes Florence, Helene, Tropical Storm Isaac and the newly-minted Sub-Tropical Storm Joyce in the Northern Atlantic. 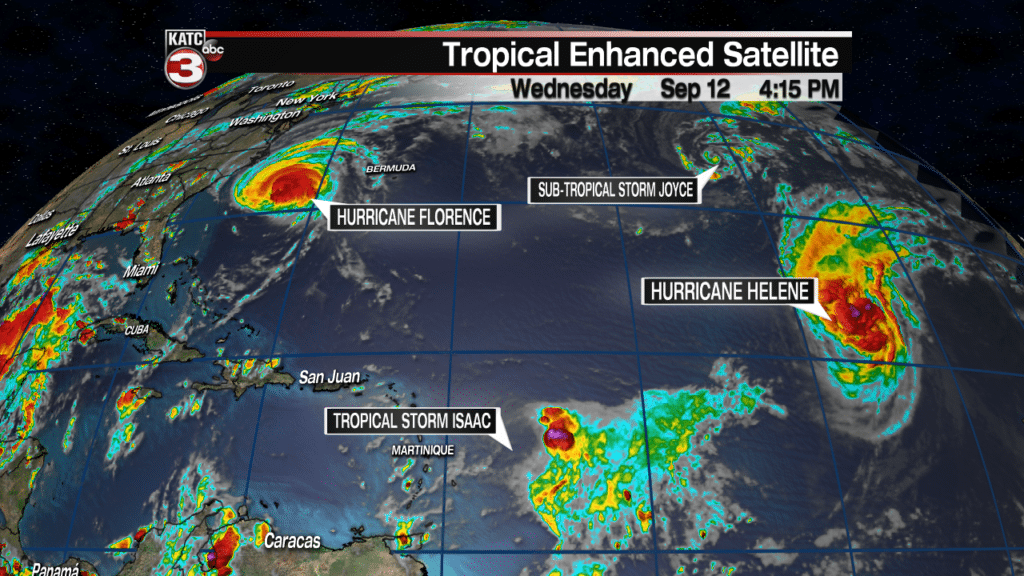 The disturbance, indicated as “95L” has a 70% chance of becoming a tropical depression Thursday as it travels generally to the west-northwest toward the mid-lower Texas Coast through Friday.

No direct impacts upon Louisiana are anticipated from this disturbance however, an outer band of tropical showers and/or thundershowers should advance from the south in Southern Louisiana Thursday afternoon. 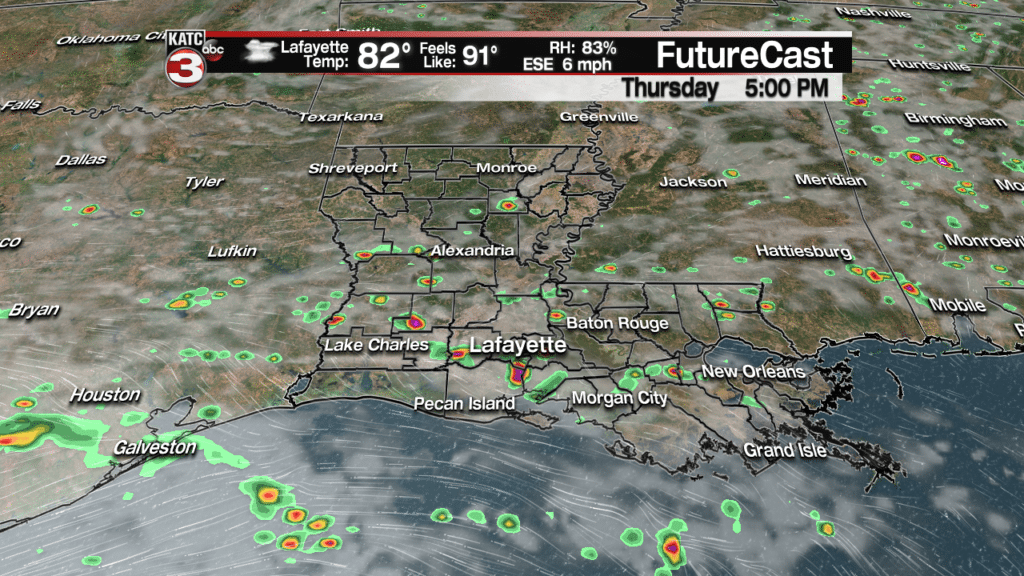 Rain chances will be near 50% mainly thursday afternoon into the early evening hours.

These storms should be no worse than our usual typical summer thunderstorms, but there could be a few more funnel clouds in the area, along with tropically breezy conditions in the immediate vicinity.

In addition to breezier conditions offshore over the next few days, tides along the coast will increase 1-2 feet above the usual predicted levels. 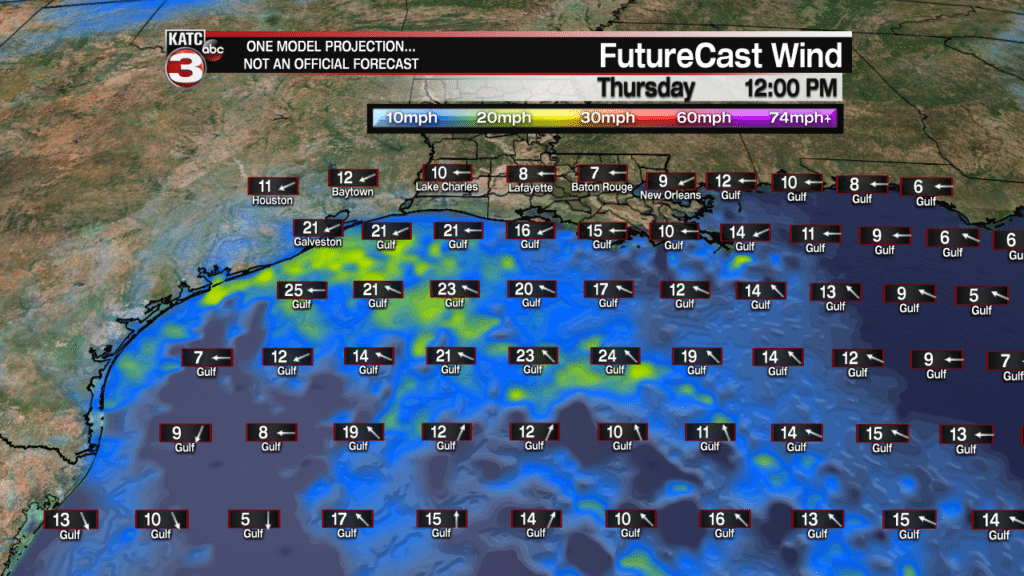 Rain chances will gradually decrease for Acadiana into the weekend as a ridge of high pressure following on the backside of Florence.

Look for more sunshine with temperatures reaching the lower 90s this weekend and beyond as rain chances drop to 20% or less late in the weekend into early next week.

Sorry, but no definitive cool fronts on the horizon for now.

Meanwhile, in the tropics, Hurricane Florence will remain a powerful major hurricane through landfall, which may take days as the system slows as it nears the North Carolina Coast and then drifts southward and westward through the weekend. 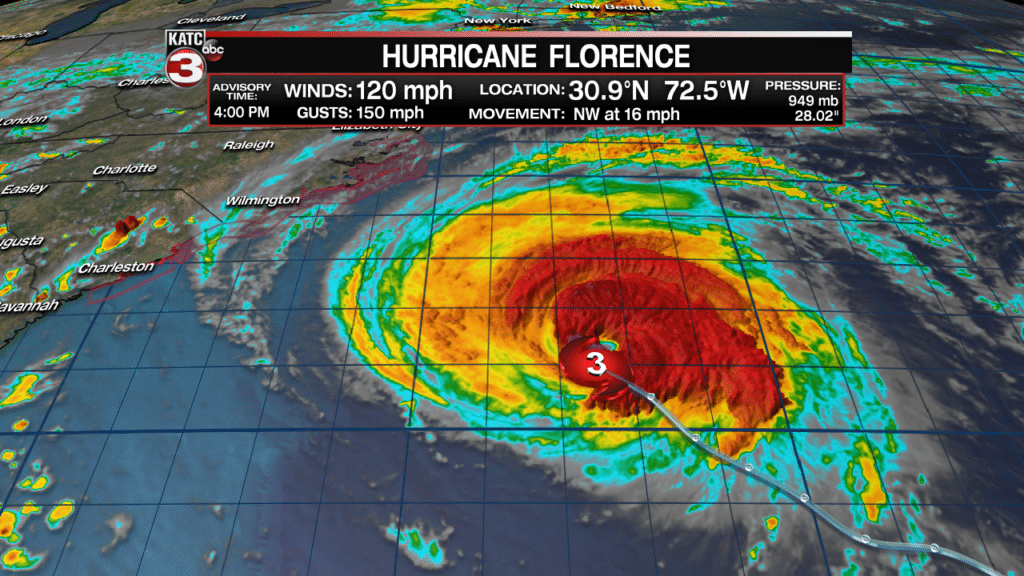 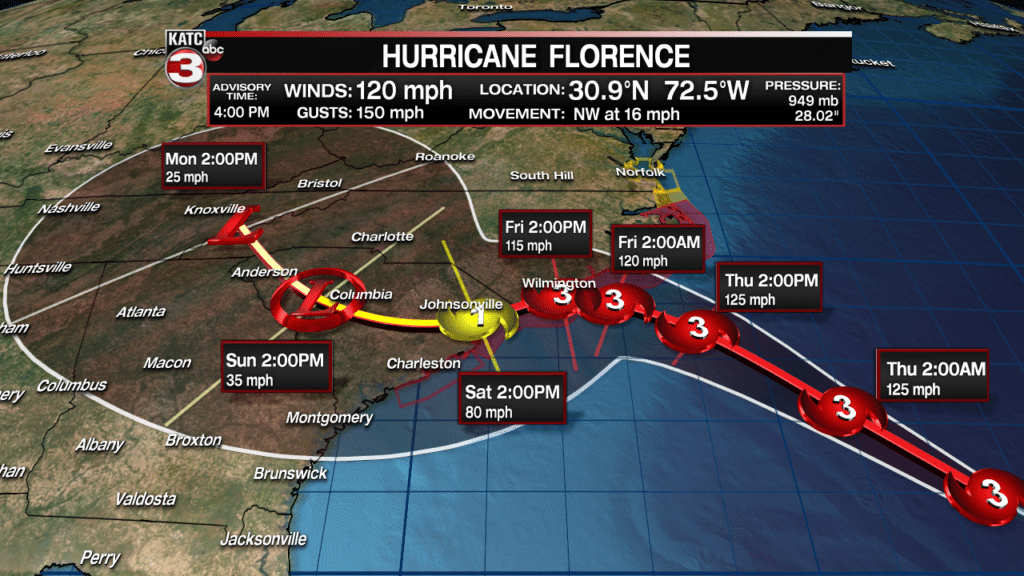 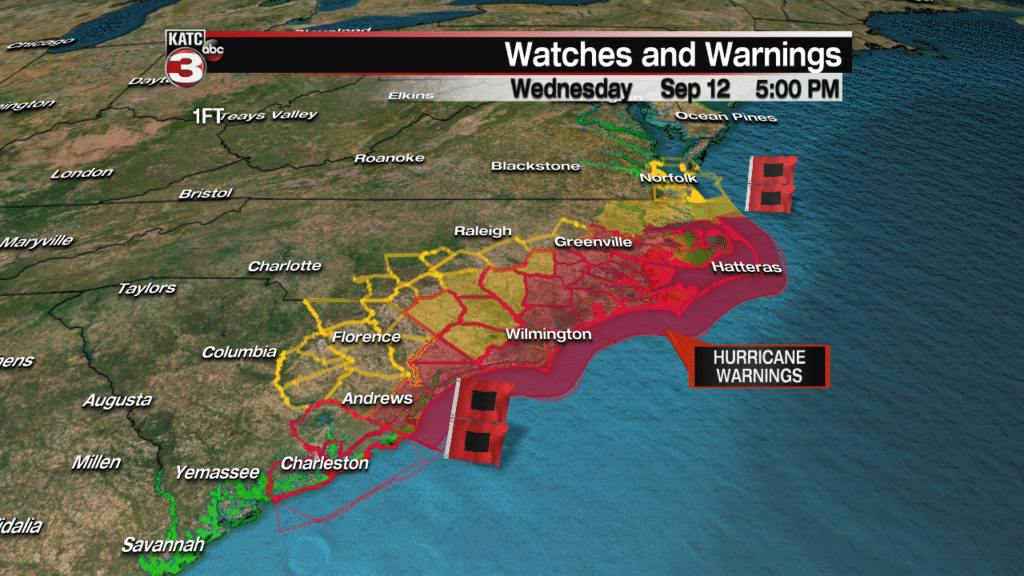 In addition to the typical hurricane hazards along the coastal areas, including high winds and storm surge, torrential, historical and catastrophic rainfall, in excess of 2 feet will be possible in spots over a period of several days. 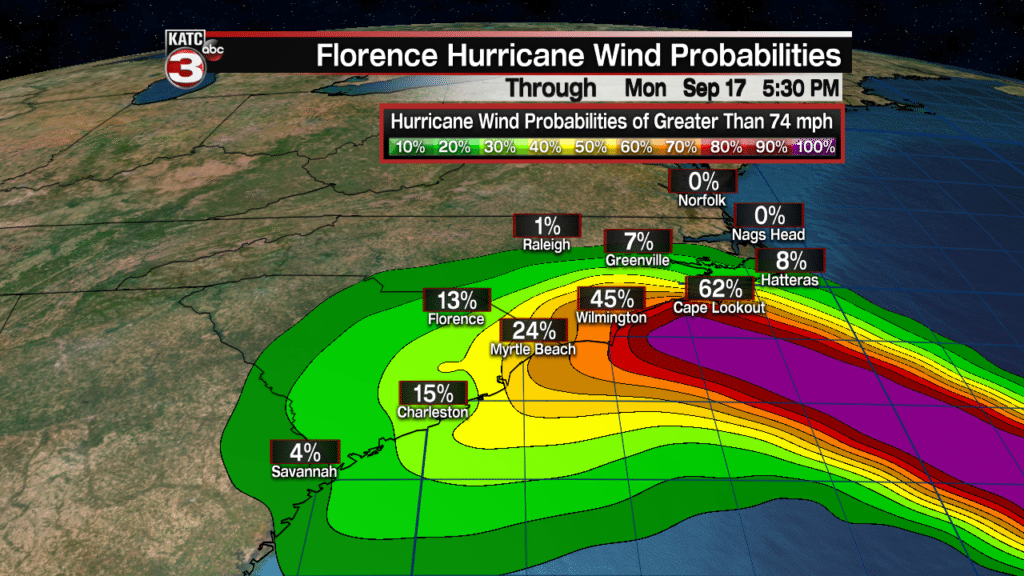 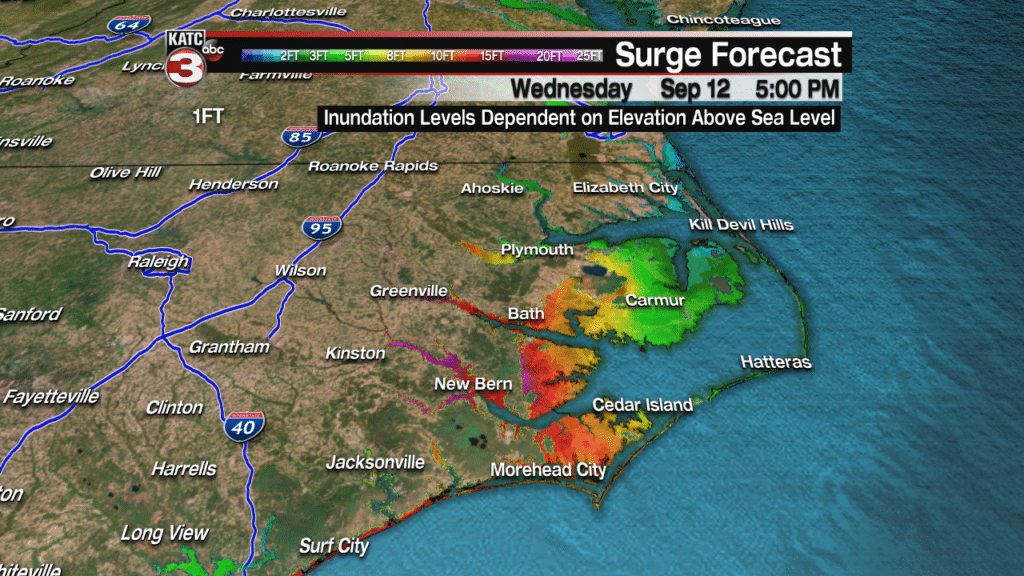 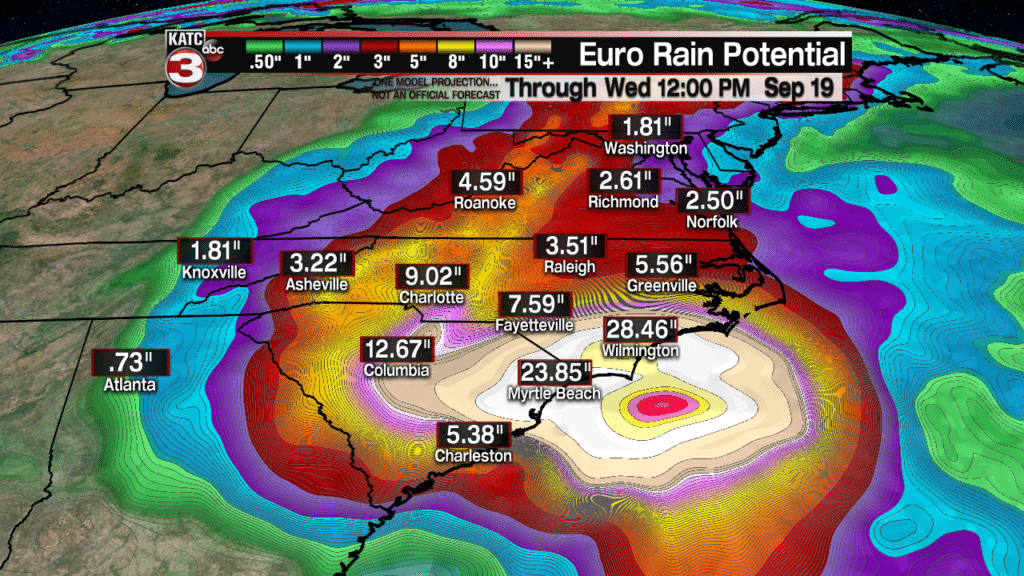 While Hurricane Helene and Sub-Tropical Storm Joyce will remain Atlantic systems, Tropical Storm Isaac will have some impacts across potions of the Caribbean. 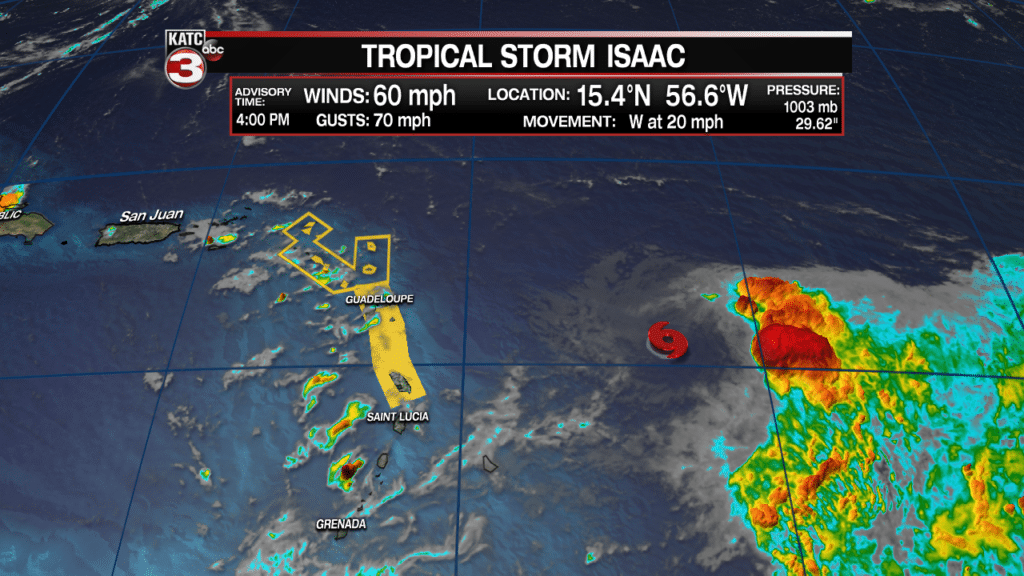 Isaac late Wednesday afternoon was poorly organized with the low-level center completely void of convection (thunderstorms). Nonetheless the system is forecast to move generally westward through the next 5 days. 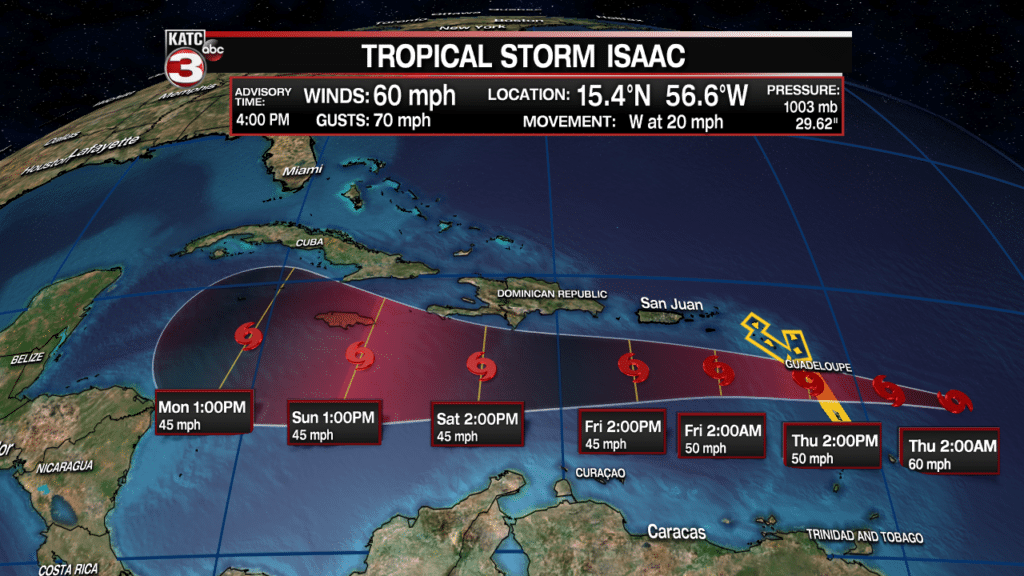 Isaac could degenerate to a depression or even a tropical wave at any time through the weekend, but there may be indeed an opportunity for re-development and intensification toward the Western Caribbean.

So a watchful eye on Isaac will be required over the next week plus, but there are no reasonable issues to worry about regarding this system at this time, unless you are in the Caribbean where some gusty winds and locally heavy rainfall may be possible in spots.