While Hurricane Helene and Sub-Tropical Storm Joyce churn in the Eastern Atlantic (see earlier story), all attention remains on Hurricane Florence, and to much lesser degrees, Tropical Storm Isaac and the potential tropical system in the Gulf of Mexico. 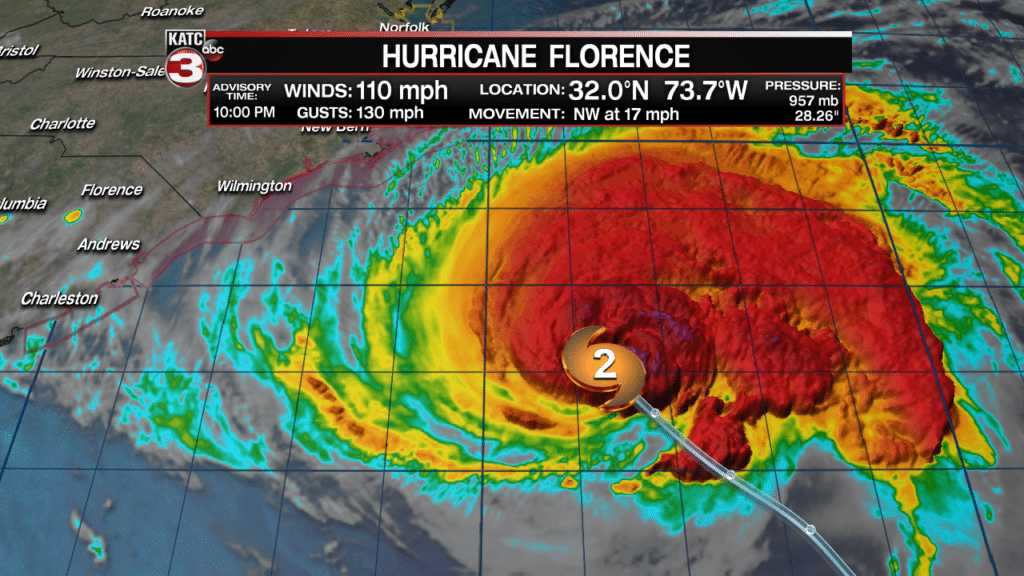 Good news so far is that as of 10 pm Wednesday, Florence was reduced to a Category 2 storm thanks to southwesterly upper wind shear keeping the eyewall out of sorts. 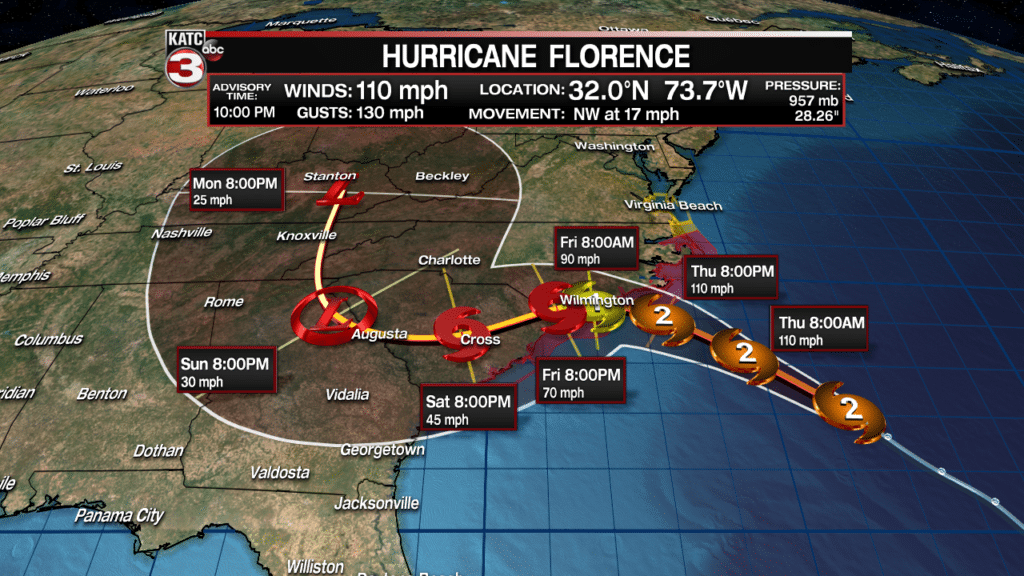 Florence will likely remain a large and powerful category 2 storm through a slow landfall that may take much of Thursday night through all of Friday to occur.

In addition to the storm surge and wind threats, Florence will likely be a prodigious flood-maker during and post landfall, as the system is expected to begin to meander thanks to a couple of blocking ridges of high pressure north of the storm. 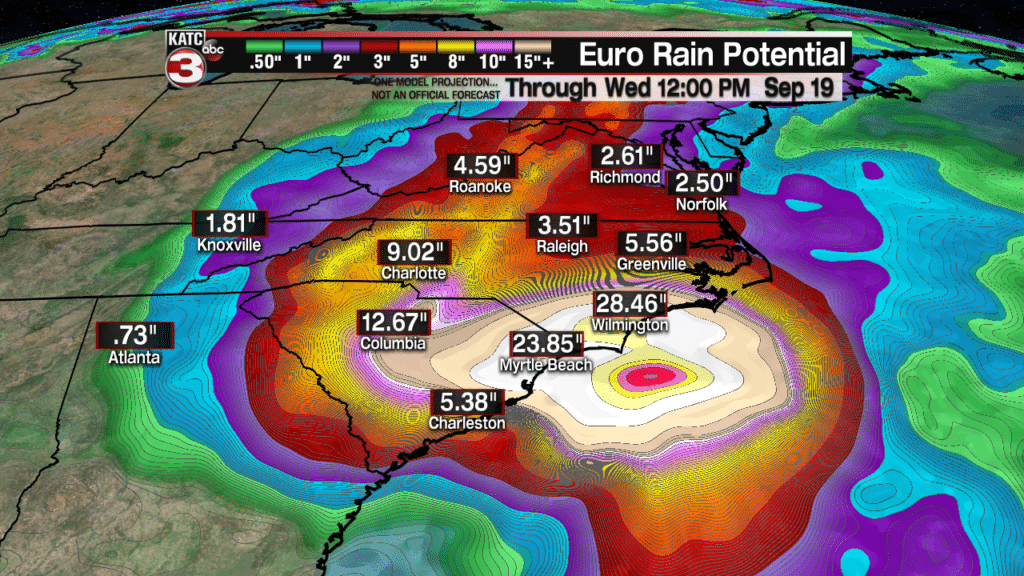 Meanwhile, closer to home, the disturbance in the Gulf of Mexico showed little organization again late Tuesday, but could flare up like it did Wednesday, again Thursday.

The National Hurricane Center (NHC) maintained a 70% chance of this disturbance becoming a tropical depression by late Thursday as it heads in the general direction of the mid-lower Texas Coast. See the latest updates from the NHC at 1am and 8am Thursday.

No direct impacts upon Louisiana are anticipated from this disturbance, however, an outer band of tropical showers and/or thundershowers should advance from the south in Southern Louisiana Thursday afternoon, and perhaps again Friday afternoon.

Farther to the southeast, Tropical Storm Isaac approaching the Eastern Caribbean remains on the ropes due to southwesterly upper wind shear. Any of the deep convection associated with the storm has remained between 60 and 120 miles east of the system. 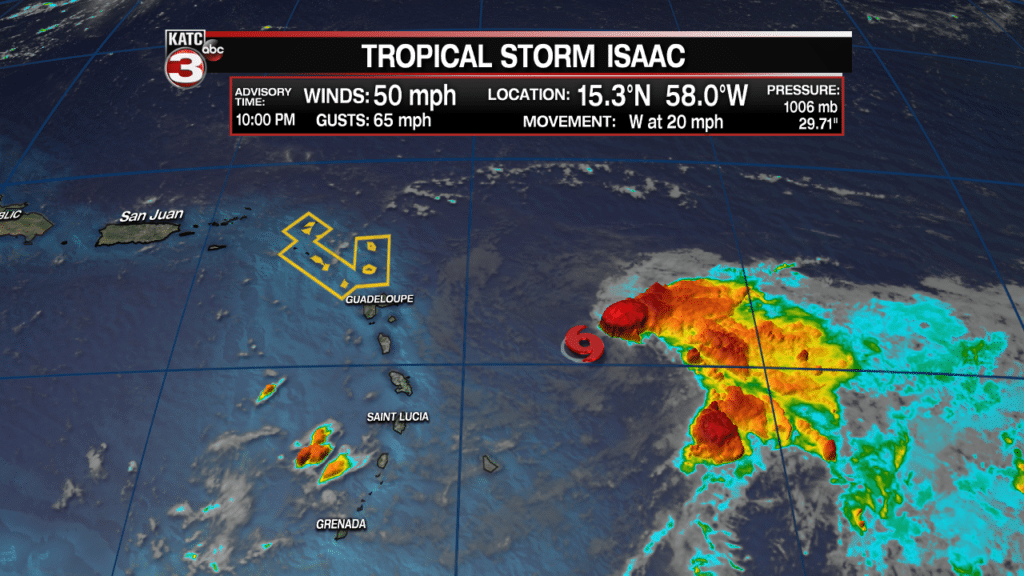 The NHC may therefore, downgrade the system at any time, perhaps even to a tropical wave with time, but any remnant system may regenerate toward the the Western Caribbean. While not a direct threat to the Gulf of Mexico at this time, the system, or what’s left of it, will garner interest in the days ahead. 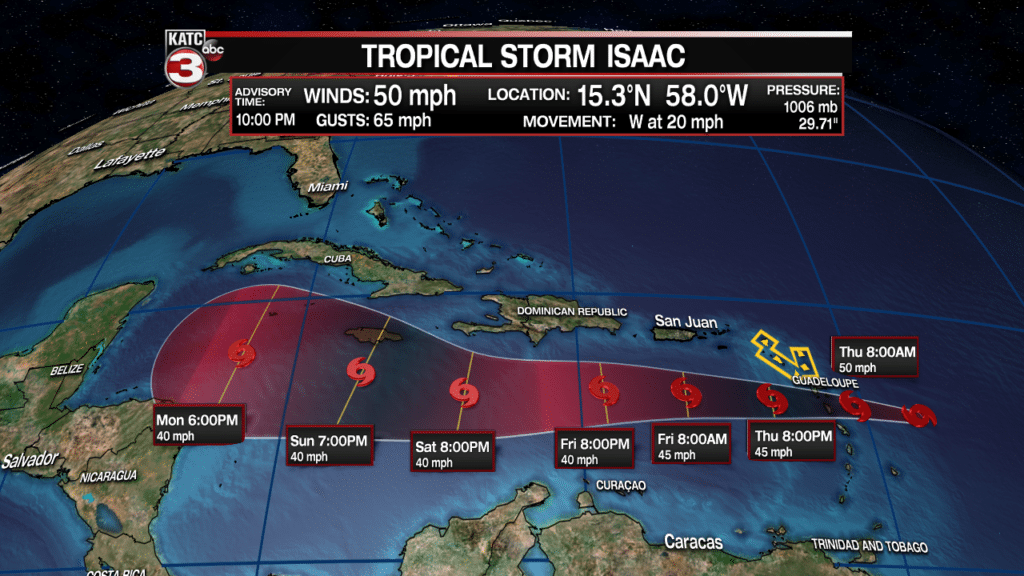 For now, the NHC maintains the Isaac a minimal tropical storm over the next 5 days, and that is likely generous.